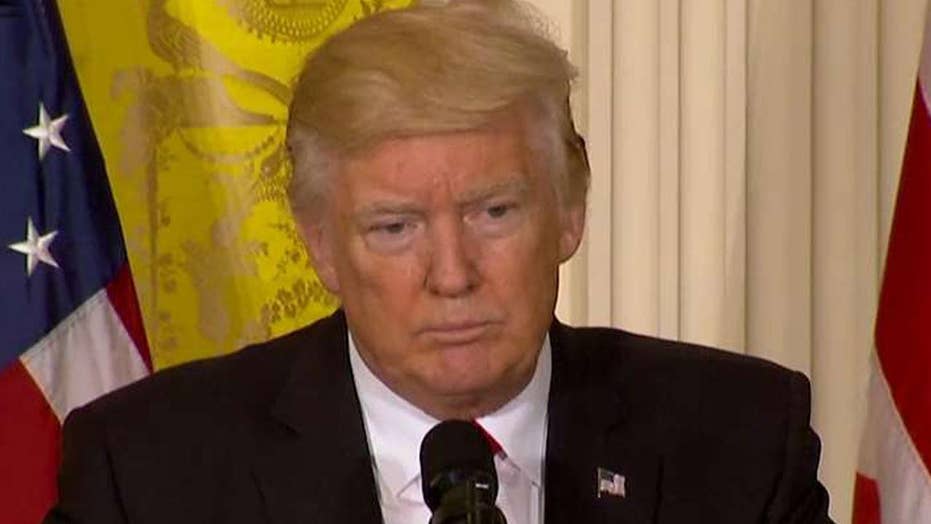 Trump: US cannot continue to lose jobs to Mexico

President says he had a very friendly call with President Nieto

How should we behave in the age of Donald Trump? Many politicians, clients, political operatives and staffers have asked me variations of this question over the past month. Being in somewhat uncharted territory, this is a legitimately challenging query.

You get the picture.

This is, of course, only a problem for Republicans. Most Democrats have settled on a strategy that was on full display at the inaugural parade and the left-wing Women’s March last week – scream and curse as loudly as possible. They seem completely unaware of the fact that their actions are helping the guy they want to hurt, but that’s their problem, let them have at it.

Here are five principles for Republicans and conservatives to consider as we begin to navigate the Age of Trump.

The Democrats are busily marginalizing themselves by being shrill, caustic, and vulgar. Give them room to do this.

The last thing we need right now is rational and calm Republicans dissing our president, even if and when you think he deserves it.

Don’t take potshots. You are not needed for this. One more tweet on the oddity that was the first press briefing by the press secretary helps no one, it’s been covered, and you do not need to add your voice to it. We all, including me, tend to overstate the value of our observations.

The media has always fawned all over the Republican who attacks the Republican president. How do you think Scott McClellan sold books or Matthew Dowd got on TV? See point number 1, do not help the Democrats.

3. Give the Trump Presidency a Chance to Succeed.

According to conventional wisdom, and truth be told pretty much every Republican political operative, Trump had no chance of winning.  So now, the same line of thinking holds that he has no chance of being a successful president.

Time will tell on this, but do not assume that he cannot succeed. Every Republican needs to accept this truth -- you need him to succeed, for the good of the country, and the party.

There will be disagreements on policy within our party, as has always been the case. I am not suggesting otherwise, and there should never be a thought police within the Republican Party.

I served in the Reagan White House, and while we gloss over it now, there were plenty of Republicans who disagreed with President Reagan on matters of policy both foreign and domestic.

We disagreed with the policies of President Obama, almost all of them in fact.  But it was, and is, incumbent on all of us to respect the president of the United States. We have no obligation to agree with him, but we do have an obligation to respect him.

Most of the press and pundits and political operatives believe that the Trump presidency will not succeed. But again, these are the same people who said he would never be president.

A year ago I did not know any political operatives who believed that Trump would become president. But my son’s baseball coach and my electrician assured me that it would happen. But of course, they didn’t know what they were talking about, which is why I now ask them for counsel on what will happen next. For what it is worth, they think Trump will be successful.

I’m not sure, but I’m hopeful they are right.

Curt Anderson is a partner at OnMessage Inc, a Republican advertising and polling firm. He was an aide in the Reagan White House and Political Director for the Republican National Committee.