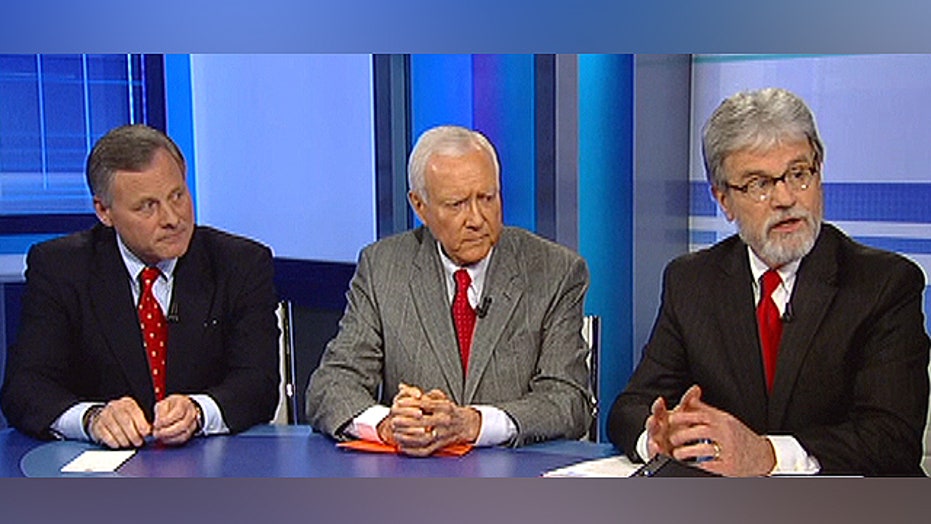 To be sure, there’s nothing wrong with opposing; the phrase “loyal opposition” boasts a distinguished lineage in English parliamentary history, as well as American congressional history.

However, opposing only gets you half the way there; blocking the other side’s forward motion is not the same as making forward motion yourself. So yes, opposing is fine—but winning is better. And winning, as Boehner said, requires the power of a superior alternative.

Continuing, Boehner added, “We’ve passed dozens of bills this year to help the economy, to help improve education, improve energy production in America”—but then noted that most of these bills then went into limbo in the Democratically-controlled Senate.

Boehner also declared, “Republicans have to do more to talk about the better solutions we think we have that will help the American people grow their wages and opportunities at a better job and clearly have a better shot at the American dream.”

The Speaker is right.

Yes, ObamaCare may continue to unravel, and yes, the economy may be softening. Even The New York Times had to concede that the recent jobs report was “a disappointing showing that is likely to spur fears that the labor market is poised for yet another slowdown."

But the GOP still must demonstrate that it can do more than just say “no.” And so some core Republican ideas are starting to break through.

For example, there’s a decent chance that Obama will approve the Keystone Pipeline. And if he doesn’t, well, Republicans have effectively framed the Keystone debate as a jobs issue, and jobs are popular; a recent poll found that 56 percent of Americans support the pipeline, while just 41 percent oppose it. So for the sake of the Democrats in Congress, Obama would be well advised to endorse the pipeline.

On another issue as well, the GOP message is breaking through. In his 2014 State of the Union address, Obama called for tax reform, declaring, “Let’s work together to close those loopholes, end those incentives to ship jobs overseas, and lower tax rates for businesses that create jobs right here at home.”

In other words, lower the rate and broaden the base, in the same way that Ronald Reagan worked with Congressional Democrats to enact tax reform in 1986. (I am the co-chair of the RATE Coalition, a bipartisan group working to make the U.S. corporate tax code more competitive.)

OK, so those are issues that the GOP has traditionally been associated with: more energy production and a more jobs -- and a business-friendly tax code.

Yet today, the situation has changed; polls show that a majority of Americans disapprove of ObamaCare.

Still, for Republicans, there’s the issue of providing an alternative. Can Republicans do it? The answer seems to be, yes, they can.

The Burr-Coburn-Hatch legislation has been stopped cold, of course, by the Democratic majority in the Senate.

Yet that could change; The Washington Post recently reported on a statistical model that showed that the GOP has a better-than-even chance of winning the Senate this November.

In the meantime, Burr, Coburn, and Hatch have helped Republican prospects by doing something both intellectually responsible and politically astute: They have put a credible health insurance plan on the table. In other words, the Republicans aren’t just the party of “no to ObamaCare,” they are the party of “yes to a sound health insurance alternative.”

We might further note that health care consists of a lot more than insurance. Even more fundamental is the issue of health itself. As noted here at Fox News Opinion last February, House Majority Leader Eric Cantor spoke out on the value of cures:

“Long term, controlling health care costs will require smarter federal investments in medical research. Many of today’s cures and life saving treatments are a result of an initial federal investment. And much of it is spent on cancer research and other grave illnesses.”

In other words, medical research and cures are the key to holding down health care costs. The logic is simple: To cite just one medical example, if tens of millions of Americans develop Alzheimer’s Disease, then the costs will be so astronomical—some $1 trillion a year by mid-century—as to overwhelm any kind of health insurance at all, public or private.

The blunt reality is this: If current trends continue, treating major diseases is going to be unaffordable. And so that leaves us with only one humane and ethical solution: Don’t just treat the disease, cure the disease.

The Wolverine State Republican, who has been a major behind-the-scenes mover in these pro-cure efforts, declared,

“The search for cures must be an all-hands-on-deck effort. This landmark effort exemplifies the very best of a public-private collaboration, and we in Congress also want to do what we can in the name of breakthrough research.”

Yes, as Upton said, we need “breakthrough research” leading to cures. A cure, making the illness go away, is infinitely superior to mere care.

Republicans now have a double-barreled approach to health care. Thanks to Burr, Coburn, and Hatch, they have a solid ObamaCare alternative. And thanks to Cantor and Upton, they have a new vision of cures and hope.

For lots of reasons, including a stronger health care message, things are looking up for the GOP, 2014-wise.

After that, the Republican challenge will be to find a strong messenger who can keep faith with familiar GOP issues while also carrying the new double health care message into the 2016 presidential election.