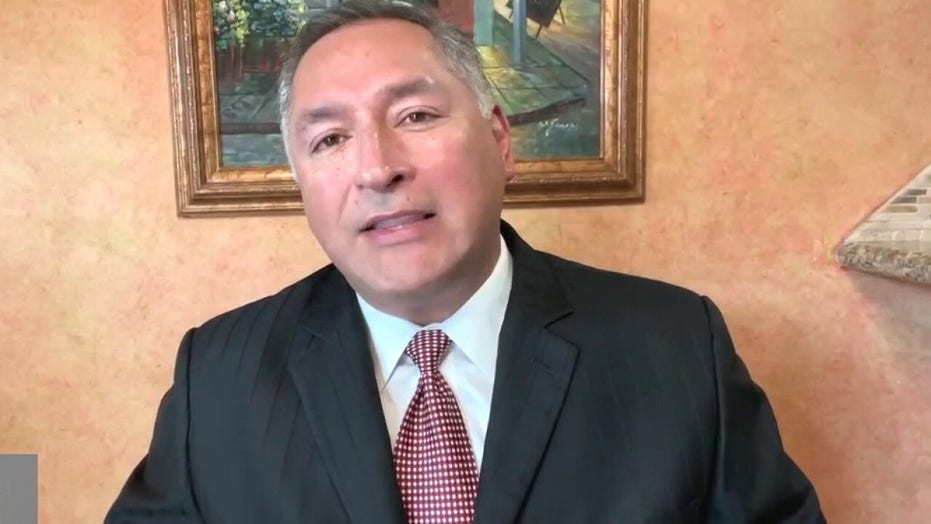 Hispanics and Latinos living in the United States are a diverse, thriving community. We are here to bless this nation, to help it fully realize its ideals of liberty and justice for all.

Yet, some pundits and naysayers insist on telling us that liberty and justice are not really for us or, if they are, then they will always be just out of our reach.

KAROL MARKOWICZ: IT'S MY AMERICA-VERSARY – I'M GRATEFUL FOR THE US AND IT SHOULDN'T BE WRONG TO CELEBRATE IT

I am not ignorant of the sufferings of people of color in this nation. I am well aware that the men, women and children of my community and other communities of color have to work much harder and longer and face more opposition in their pursuit of the American dream. There are glaring inequities in this nation that must be addressed and corrected.

But as a person of Puerto Rican heritage, I am weary of hearing the words "marginalized," "oppressed" and "victims" on a constant loop. I do not identify myself in this way, and I do not know any other Hispanics or Latinos who do, either.

We are survivors, victors, overcomers, and we refuse to adhere to the demeaning idea that we are helpless, hopeless people.

For instance, consider the voting rights bills that are being debated. Republican lawmakers in Texas authored Texas Senate Bill 7, which would uphold and create election security measures in an attempt to safeguard the election integrity that has long been a hallmark of American democracy. The progress on passing this bill was stalled by liberal state senators.

In Florida, however, a similar bill, Senate Bill 90, was passed and signed into law by Gov. Rick DeSantis. Of course, this new legislation was met with immediate, intense opposition.

Here is what is frustrating to me as a Latino: We do not need special voting conditions. Those of us who can legally vote have the freedom to do so, and many, many do. In fact, record numbers of Hispanics and Latinos voted last year. We can do everything necessary to vote, including registering to vote, presenting identification, showing up to polling places at the correct times and asking for assistance if we need it.

Moreover, we are successful, imaginative, entrepreneurial and industrious. Prior to this administration, we had the lowest unemployment rate ever. Hispanics and Latinos in the United States have the fastest growing middle class compared to White, Black and Asian racial groups. And, as Forbes notes:

I am grieved that I should have to qualify my community, to defend it against a false narrative.

Additionally, our graduation rates and rates of homeownership have increased over the years. In the past decade, the number of Hispanics and Latinos who hold a bachelor’s degree or higher increased by 4%, from 13% in 2010 to 17% in 2020. Our "Dreamers" — those who arrived in the United States as children and are offered temporary relief from deportation under Deferred Action for Childhood Arrivals (DACA) — have made major contributions to our society. More than 800,000 people have benefited from DACA: 89% of Dreamers were employed in 2018, and they are more likely to start a business and have higher graduation rates compared to other non-citizens.

While all of this should be cause for celebration, I am grieved that I should have to qualify my community, to defend it against a false narrative.

It is beyond time for people to change their adjectives when talking about us.

Calling us marginalized, oppressed victims is inaccurate and should no longer be acceptable. Because when I look around me, I see people who are shaping this nation into a more perfect union, so that out of many we may be one.

Rev. Samuel Rodriguez is the lead pastor of New Season, President of the National Hispanic Christian Leadership Conference, author of “You Are Next!” and Executive Producer of the movie “Breakthrough.”