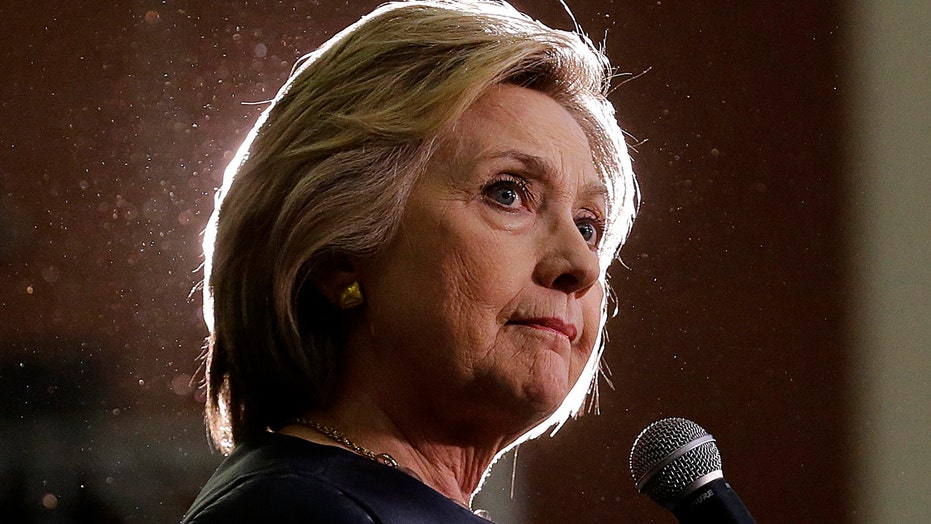 Judge Napolitano's Chambers: Judge Andrew Napolitano on Hillary Clinton's rough week due to her State Department aids' interview with the FBI and a federal judge's request for their testimony under oath regarding a potential State Department 'conspiracy'

The bad legal news for Hillary Clinton continued to cascade upon her presidential hopes during the past week in what has amounted to a perfect storm of legal misery. Here is what happened.

Last week, Mrs. Clinton’s five closest advisers when she was Secretary of State, four of whom remain close to her and have significant positions in her presidential campaign, were interrogated by the FBI. These interrogations were voluntary, not under oath, and done in the presence of the same legal team which represented all five aides.

The atmosphere was confrontational, as the purpose of the interrogations is to enable federal prosecutors and investigators to determine whether these five are targets or witnesses. Stated differently, the feds need to decide if they should charge any of these folks as part of a plan to commit espionage, or if they will be witnesses on behalf of the government should there be such a prosecution; or witnesses for Mrs. Clinton.

In the same week, a federal judge ordered the same five persons to give videotaped testimony in a civil lawsuit against the State Department which once employed them in order to determine if there was a “conspiracy” -- that’s the word used by the judge -- in Mrs. Clinton’s office to evade federal transparency laws. Stated differently, the purpose of these interrogations is to seek evidence of an agreement to avoid the Freedom of Information Act requirements of storage and transparency of records, and whether such an agreement, if it existed, was also an agreement to commit espionage -- the removal of state secrets from a secure place to a non-secure place.

It is almost inconceivable that all of his emails have been lost. Surely this will intrigue the FBI, which has reportedly been able to retrieve the emails Mrs. Clinton attempted to wipe from her server.

While all of this has been going on, intelligence community sources have reported about a below the radar screen, yet largely known debate in the Kremlin between the Russian Foreign Ministry and the Russian Intelligence Services. They are trying to come to a meeting of the minds to determine whether the Russian government should release some 20,000 of Mrs. Clinton’s emails that it obtained either by hacking her directly or by hacking into the email of her confidante, Sid Blumenthal.

As if all this wasn’t enough bad news for Mrs. Clinton in one week, the FBI learned last week from the convicted international hacker, who calls himself Guccifer, that he knows how the Russians came to possess Mrs. Clinton’s emails; and it is because she stored, received and sent them from her personal, secret, non-secure server.

Mrs. Clinton has not been confronted publicly and asked for an explanation of her thoughts about the confluence of these events, but she has been asked if the FBI has reached out to her. It may seem counter-intuitive, but in white collar criminal cases, the FBI gives the targets of its investigations an opportunity to come in and explain why the target should not be indicted.

Any lie and any materially misleading statement -- and she is prone to both -- made to the FBI can form the basis for an independent criminal charge against her. This is the environment that trapped Martha Stewart. Hence the standard practice among experienced counsel is to decline interviews by the folks investigating their clients.

But Mrs. Clinton is no ordinary client. She is running for president. She lies frequently. We know this because, when asked if the FBI has reached out to her for an interview, she told reporters that neither she nor her campaign had heard from the FBI; but she couldn’t wait to talk to the agents.

That is a mouthful, and the FBI knows it. First, the FBI does not come calling upon her campaign or even upon her. The Department of Justice prosecutors will call upon her lawyers -- and that has already been done, and Mrs. Clinton knows it. So her statements about the FBI not calling her or the campaign were profoundly misleading, and the FBI knows that.

Mrs. Clinton’s folks are preparing for the worst. They have leaked nonsense from “U.S. officials” that the feds have found no intent to commit espionage on the part of Mrs. Clinton. Too bad these officials -- political appointees, no doubt -- skipped or failed Criminal Law 101. The government need not prove intent for either espionage or for lying to federal agents.

And it prosecutes both crimes very vigorously.