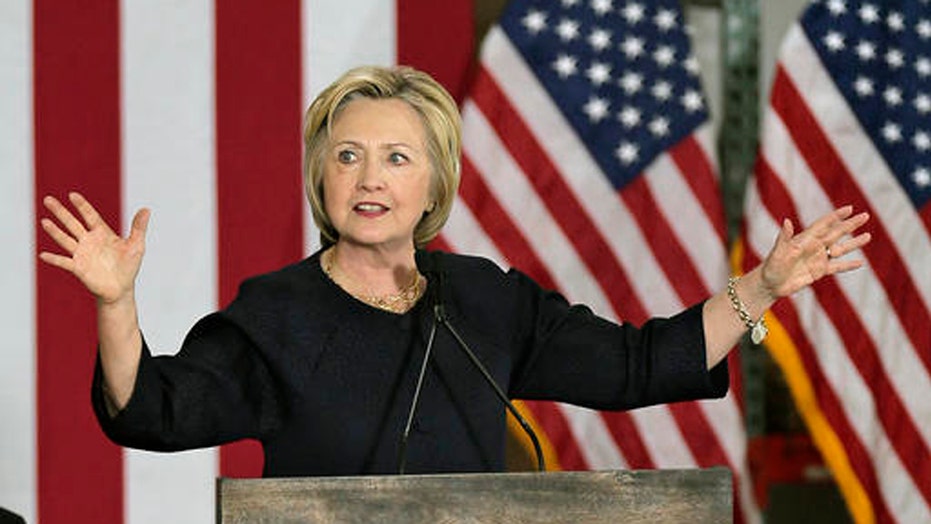 BARCELONA – Hillary Clinton is too weak and her conclusions after Sunday’s terror attack in Orlando too timid to be our next president.

Monday, the presumptive Democratic nominee labeled the radical Islamic terrorist who attacked an Orlando nightclub “A madman filled with hate, with guns in his hands and just a horrible sense of vengeance and vindictiveness in his heart, apparently consumed by rage against LGBT Americans – and by extension, the openness and diversity that defines our American way of life.”

The former secretary of state has incredibly bad judgement: she missed the rise of Russia and laughingly pushed a “reset” button on our strategy to isolate them; she reviewed the intelligence on Boko Haram and decided against putting the group on the terrorist watch list, she was unwilling to stop ISIS in Syria before they began to take hold, and she now diminishes the Orlando terrorist attack to a simple and tragic instance of gay hate.

Radical Islam isn’t going to stop attacking us because of a shaming campaign labeling them mean people by Hillary Clinton and her supporters.

She talks of unity and prayers, albeit important messages, but is unable to offer serious government action. While listing the survivor’s names and occupations, calling the Orlando mayor, and thanking the first responders for their efforts is sweet, it isn’t going to stop the growing terrorist threat we face in the U.S.

It is the goal of the terrorists to attack anyone they believe to be apostates.

Hillary doesn’t get that.  She talks of unity and prayers, albeit important messages, but is unable to offer serious government action.  While listing the survivor’s names and occupations, calling the Orlando mayor, and thanking the first responders for their efforts is sweet, it isn’t going to stop the growing terrorist threat we face in the U.S.

As Secretary of State Clinton missed this growing war with Islamic radicals.  Her tenure as Barack Obama’s lead diplomat saw the Arab Spring turn into the Islamic Awakening.  And she was ill-equipped to stop it.

She failed to respond quickly and forcefully enough against ISIS when she was in charge, and that led to her presiding over the growth of ISIS and Boko Haram.  It is troubling to hear her now support the exact same strategy we’ve been pushing for years with our 63 coalition partners – one that has failed to even take out the command and control center of ISIS.

Clinton also reacted to the terrorist attack in Orlando with the typical liberal political suggestion of more gun control policies.  Her judgement during and after a crisis should be a serious concern for all Americans. She failed to see that the Orlando attacker not only went through a background check but had also been investigated by the FBI.  If an FBI investigation isn’t going to catch a terrorist before they act, then an increased background check is a weak and insufficient response.

The fact is that the FBI was suspicious of the Orlando attacker months ago.  They were investigating him.  But since he didn’t have a prior arrest record, the politically correct mob demanded that law enforcement agencies leave him alone.  Hillary has even mocked policies that push to follow Muslims on suspicions of threats.  So while she calls for more action, she ridicules the very thing that could stop the attacks.

Hillary’s call Monday to, “keep the pressure on ramping up the air campaign, accelerating support for our friends fighting to take and hold ground, and pushing our partners in the region to do even more” is a weak, stay-the-course response to a frightening trend.

In other words, she suggests we hug our neighbor and hope that others do something more.

Richard Grenell is the U.S. Ambassador to Germany. He is a former Fox News Contributor and a former spokesman for four U.S. Ambassadors to the U.N. including John Negroponte, John Danforth, John Bolton and Zalmay Khalilzad.