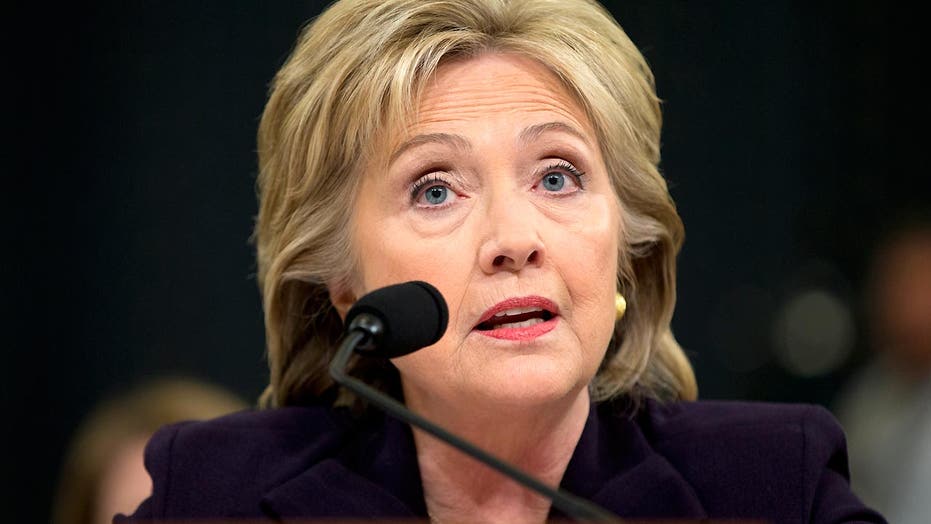 Hillary was determined to pass the political test of her career; Ed Henry analyzes the testimony on 'Special Report'

At about 9:10 pm on Thursday night, over 11 hours after Secretary Clinton began her testimony before the Benghazi Select Committee, the chairman, Trey Gowdy, was asked whether he had learned anything new from Secretary Clinton during those 11 hours of testimony.

He paused. He hesitated. And then he said, something like -- actually I don't know she said anything new -- we already knew what she testified to tonight.

There's your verdict -- nothing new.

All Americans should ask Mr. Gowdy the following question: What has been achieved after spending $4.7 million of taxpayers money?

The committee's focus was just as House Republican Majority Leader Kevin McCarthy described it when he said: this was all about trying to tear down Hillary Clinton politically, to weaken her as a presidential candidate -- not about learning something new about what happened at Benghazi and why.

All Americans should ask Mr. Gowdy the following three questions:

1. What has been achieved after spending $4.7 million of taxpayers money?

2. Why did you keep Secretary Clinton on the witness stand for 11 hours and yet admit you learned nothing new from her?

3. Why did your committee exist in the first place? You claim you discovered Hillary Clinton's emails and private server. But you did not, you could not, cite a single email that helped tell us more about the tragedy of Benghazi?

You never explained why your committee is better or contributed anything new compared to the House Republican Intelligence and Armed Services  committees -- both of which produced significant reports concluding that there was no intelligence failure prior to Benghazi, no political manipulation of the so-called talking points, no stand down order.

Whether you are a Republican or Democrat, liberal or conservative, we all should be able to agree that this committee was nothing more nor less than naked politics to damage Hillary Clinton politically.

If there was ever any doubt that Kevin McCarthy spoke the truth, the questioning done by most of the Republicans on the committee during this long ordeal Thursday is the final proof.

I know many of you reading this piece on the Fox News website do not support Hillary Clinton and I respect that. But I tell you with 100 percent sincerity that if a Republican Secretary of State had ever been treated this way by a Democratic congressional committee, I would be ashamed as a Democrat. And would say so.

Thank goodness it's over.

Now all of us – Republicans and Democrats, liberals and conservatives -- should get back to debating the issues, allowing the American people to choose who should be the best president to face the great challenges at home and abroad.

There are many important issues that can be debated and there is merit on both sides.

But the travesty of using this committee to engage in the politics of personal construction and to exploit the death of four Americans politically demeans our politics. It should make us ashamed.

I wonder whether any of the Republicans on the committee have any idea how badly this day went for them and how bad it is for America.

Maybe some day they will.

Now we can get back to the real issues the American people care about.