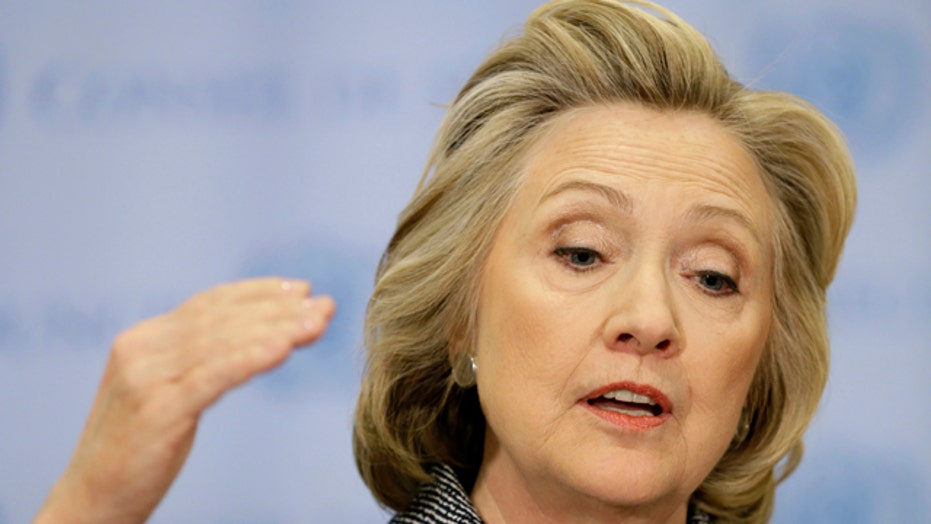 Will Clinton's campaign strategy be different than 2008?

Political Insiders react to the former secretary of state's announcement

Nothing better defines the hypocrisy of the left than Hillary Clinton’s likely coronation as the 2016 Democratic presidential candidate. Mrs. Clinton officially entered the race Sunday, via a 2-minute video. Most political observers consider her a shoe-in for her Party’s nomination. In fact, she appears to be such a formidable contender that she has virtually no serious challengers. Why?
It’s all about the money. Even though liberals rail about unfettered campaign spending, and especially spending by the business community, they appear content to anoint a deeply flawed, unpopular, out-of-step candidate simply because she can rake in the cash.

The New York Times recently ran a piece projecting that the Clinton campaign would raise an unprecedented $2.5 billion, “dwarfing the vast majorities of her would-be rivals in both parties.”

The Daily Beast quotes Clinton insiders suggesting that Hillary’s time post-launch will be spent raising “an insane amount of money.” That appears to be the former secretary of state’s real platform – not helping the middle class.

Despite the constant drumbeat of alarms over the influence of “dark” money supposedly gathered by GOP-leaning SuperPACs, President Obama outraised Republican challenger Mitt Romney in the 2012 campaign $1,123 million to $1,109 million. Chances are, Hillary will do even better.

In paving her path to the nomination, her expected money-haul will trump these sobering facts:

- Her approval numbers are crashing, with lesser-known GOP rivals like Rand Paul pulling ahead of her in important swing states.

- A recent CBS News/New York Times poll showed her “negatives” soaring – at 37% -- as her favorable ratings sink, now at only 26%.

- She does not perform well before big crowds, so her campaign will avoid large auditorium-style gatherings in favor of coffee klatches.

- Her husband is considered by advisers to be a loose cannon, and has agreed to stay in the background, where he can do little damage.

- Only 32% of likely Democratic primary voters in New Hampshire thought Mrs. Clinton the most likeable of those candidates running for president.

- Her main credential as a political leader stems from her undistinguished stint as secretary of state. Since she began her tenure the standing of the U.S. has declined in almost every arena around the world.

- Finally, she’s become out of step with the activist, energized “progressive” wing of her party.

To distract from Hillary’s numerous scandals and shortcomings, Clinton’s campaign is expected to focus on the fact that she’s female. If early reports are any guide her darling granddaughter will apparently be draped around her neck like a good luck charm.

Does this sound like the person we want to be our next president? Or that even Democrats would choose in a saner moment? No, but principles melt away when it comes to Democrats winning elections.

In 2008, President Obama swore during the primaries he would not accept money from SuperPACs. By the time he faced off against John McCain, who did reject Super PAC money, Obama’s resistance had crumbled. He gobbled up contributions from PACS like a starving man and out-spent his rival by more than two to one.

Complaints from liberals that wealthy businesses facilitate Republican victories is simply not true. The website Open Secrets publishes a list of “Heavy Hitters,” which includes the all-time biggest campaign donors between 1989 and 2014.

Every one of the top 16 organizations that makes that list funds Democrat candidates and causes. Only five also contribute to the GOP. Many are affiliated with labor unions such as those representing teachers, government workers, and the UAW, donations from which were freed up by Citizens United. Obama’s 2012 Super PAC, called Priorities USA, was funded mainly by the SEIU (which may account for former head Andy Stern being the most frequent visitor to the White House in Obama’s first term) and Dreamworks’ CEO billionaire Jeffrey Katzenberg.  That’s the group that blasted Mitt Romney as wealthy and out of touch.

Which brings us to wealthy, out-of-touch Hillary -- the Hillary that not so long ago described herself and her husband as “dead broke” when they left the White House, a comment offensive to so many who face real hardship. The Hillary whose fundraising “will dwarf anything seen in the history of presidential politics,” according to the Daily Beast.  Can money make Hillary into a candidate voters like and trust?

Not necessarily. Political junkies were stunned when Eric Cantor, the powerful former House Majority leader at the time, raised $5 million in his 2014 reelection campaign only to be upset by college professor Dave Bratt, who spent about $200,000 on the race.  Former World Wrestling Foundation CEO Linda McMahon spent $90 million trying to become U.S. Senator from Connecticut, but lost her 2012 bid, despite outspending rival Chris Murphy almost five times over.

It is true that the big spender in the race usually wins. That’s what Democrats are counting on. In her brief, safe, passion-free campaign announcement, Hillary rails that “the deck is still stacked in favor of those at the top.” Yes, it is, Mrs. Clinton, and at this moment – that would be you.