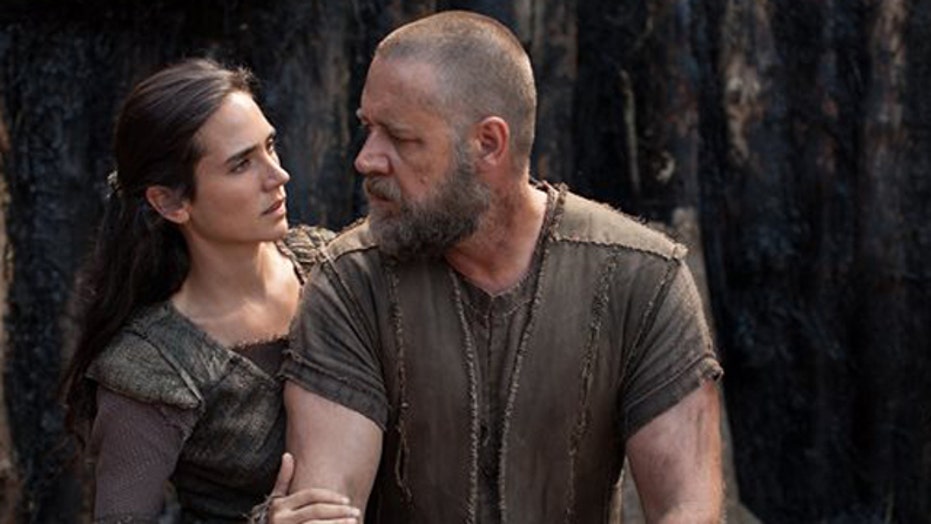 Hollywood director Darren Aronofsky promised to create the least biblical, biblical movie ever made. And based on the early reviews of his film -- Mr. Aronofsky made good on his promise.

He left the word "God" completely out of his movie and turned Noah into a crazed environmentalist with anger management issues who wants to slaughter his family.

I also had some issues with the rock creatures portrayed in the film. Forefathers of "The Thing," perhaps?

My beef is not with the director of "Noah." He's an atheist -- he doesn't know better.

My beef is with Christian leaders trying to guilt trip us into going to see the film. It's as if we have some sort of moral obligation to throw our good money at a movie that makes a mockery of the Bible.

"It’s embarrassing to belong to a faith that attracts a group of people who always have to be right, and when something pushes them just a bit, they want to shut it down or keep people away," Pastor Craig Gross wrote on FoxNews.com.

He implied that Christians should chill out.

So does that mean all of us Baptists and Pentecostals are supposed to grab a bucket of popcorn and throw our support behind every single Hollywood film that ridicules and marginalizes our faith?

I mean, heaven forbid, we wouldn't want the non-believers to think all of us Christians are narrow-minded.

I'm sure the good pastor will score points in Hollywood for bashing his own faith group, but I'm not quite sure I agree with his premise. I don't know of anyone trying to shut down the film or trying to keep people away.

I just wish the Christian film snobs would lay off the guilt trip. To the best of my knowledge there is no biblical mandate to support a film that takes great liberties with the Bible.

Where were these same "enlightened" Christian elitists heralding movies like "God's Not Dead" or "Courageous"? Perhaps films that convey the gospel of Christ don't meet the artistic criteria for the Christian film snobs.

Oddly enough, it was a secular magazine that endorsed the film that made the most compelling argument against the film.

"Replacing the word God with Creator and taking other scriptural liberties, the movie risks confusing those who don’t take the Bible literally and alienating those who do," wrote a Time Magazine reviewer.

But our "enlightened" Christian leaders say that's OK -- because it'll spark a national conversation about religion.

Ironically, that's the same thing folks said about "The Last Temptation of Christ."

Then again, in this new era of progressive Christian artistry I suspect the elitists might embrace such a film. In their minds blasphemy is an art form.