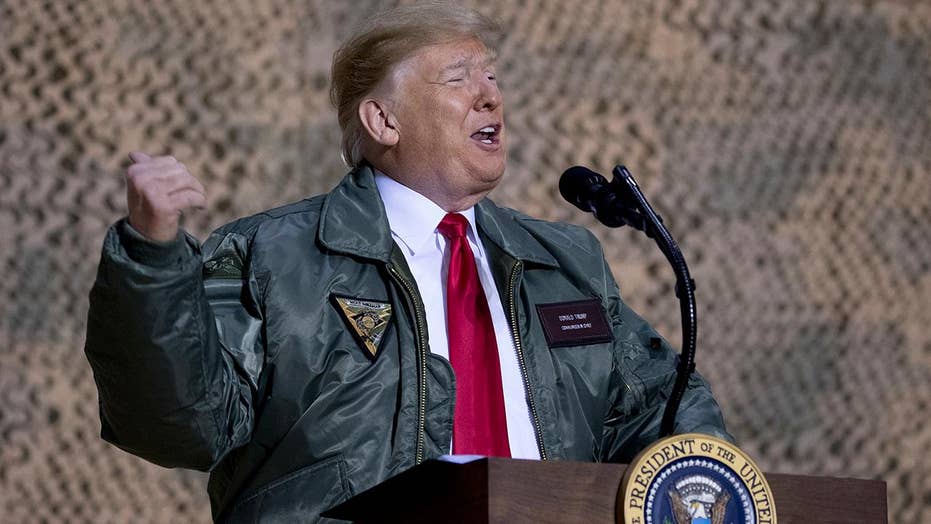 Trump says that 2018 was the year of the worker, had the lowest unemployment rate among blacks and Hispanics

The Trump presidency is besieged by most of the news media, a well-organized activist left, and even establishment Republicans who have refused to truly support an unconventional president. In 2017, the left told everyone Trump “colluded with Russia.” In 2018, the mantra was that everyone the president associates with is corrupt.

In 2019, the next play of the mainstream media will be to craft an image of Trump as a Nixonian figure, increasingly isolated, angry and paranoid.  News reports will start injecting more references to the notion that the president is spending time alone, pacing the floors of the White House residence, lashing out at staff over the Mueller investigation and drawing up an enemies list.  The left will paint a picture of a man unhinged, erratic and unable to govern.

Of course, this framing by the press and Democrat talking heads will be a prelude to the impeachment circus that many on the left hope will become the “story of the century” next year.

So what is the embattled president to do in order to turn the tide, or at a minimum insulate himself from this well-scripted game plan?

Politics is a full contact sport and the best way to avoid getting knocked out of the game is a good offense.  For Trump, that means driving an ambitious domestic agenda despite the constant cacophony of attacks from the left.  It means putting your opposition on defense.

Get Out of Town

The White House is a beautiful prison and the last thing Trump should be doing is spending a lot of time in Washington.  We’ve had presidents who felt more at home giving a speech at a think tank or some black-tie Washington dinner.  Trump isn’t one of them. The president is clearly at his best when he’s engaged with regular people, visiting construction workers, meeting with small business executives and thanking law enforcement.  New policy initiatives will give him an excuse to travel, meet diverse groups of people and pressure Democrats to embrace an agenda with broad-based appeal.

Re-up on a National Infrastructure Initiative

One of the smartest moves of the Trump presidency – and one that sent shockwaves through the Democrat establishment – was inviting trades union leaders to the White House during his first week in office. The time is now for Trump to make good on his plan for a nationwide infrastructure initiative that will create hundreds of thousands of good-paying jobs.  We have a crumbling public infrastructure and a bold move here will fulfill a campaign promise to invest in America and create jobs. That will bolster the president’s support with blue-collar workers across party and geographical lines, especially in the critical suburbs.  Nothing will put the Democrats on the defensive like the prospect of appearing to oppose job creation.

Expand the Conversation on Immigration Reform

According to a November Gallup Poll, illegal immigration is the most-cited problem respondents mentioned facing the U.S – up 8 points from October.  The White House should release another full slate of policy proposals, including the wall, to reduce illegal immigration and fix problems with legal immigration.  This will ensure that Democrats can’t accuse the president of having a one-dimensional strategy.  Voters believe that illegal immigration is a serious problem. President Trump plays a better offense by broadening the conversation.

Imagine if the billionaire president managed to advance an agenda to finally help struggling urban populations that the first black president failed to deliver? It could happen.  Remember, fewer black families now live below the poverty line than when Obama left office. Blacks and Latinos are seeing record employment. Advancing serious policy proposals that reinforce and build on the Opportunity Zones Executive Order signed earlier this month, aimed at the chronic problems of urban opportunity deserts, high-crime and underperforming schools will attract a broad cross-section of support.  It also forces House Democrats to either get on board or turn their backs on millions of people central to their voter coalition.

Trump needs to set the narrative in 2019 and expand his voter coalition beyond his base.  A strong domestic agenda – taken directly to the people – forces Democrats to engage with him on issues that are important to a broad cross-section of the electorate. It is the best way to combat perceptions being driven in the press that the Trump administration is chaotic and rudderless.