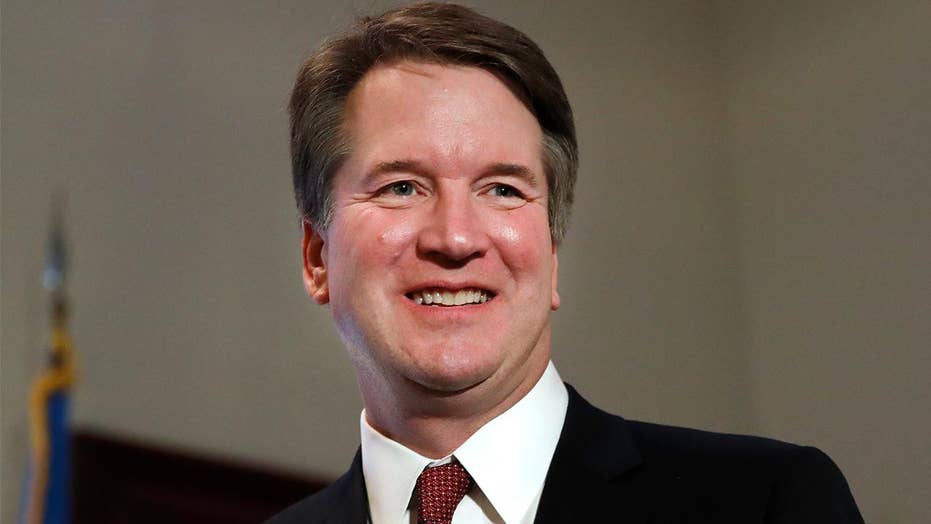 Confirmation hearings for President Trump’s Supreme Court nominee Judge Brett Kavanaugh begin before the Senate Judiciary Committee on Tuesday. If Kavanaugh is successfully confirmed it would strengthen our personal liberty and the economy. Why? Because the federal judge is deeply skeptical of the “administrative state” and the penchant for presidents and unelected federal appointees to enact policy, regulate markets and constrain private behavior where Congress has been silent.

For example, President Obama created a whole class of legal rights—pertaining to residency, higher education and employment—for adults brought illegally into the United States as children (DACAs) without legislation.

His Environmental Protection Agency unilaterally set limits on greenhouse gas emissions, and he went far beyond authority in federal statutes and judicial precedents to impose racial preferences in college admissions, and limit the constitutional rights of defendants in campus sexual abuse tribunals.

Congress cannot write precise rules into statutes—issues are too complex and good policy choices change as market structures and scientific knowledge evolve. For example, the FDA, subject to goals set out in law, determines which drugs are legal for sale and how tightly some medications are controlled.

That is quite another thing from the legislative authority presidents and bureaucrats have arrogated from Congress as a consequence of a 1984 Supreme Court decision involving the EPA and Chevron U.S.A. It states that when a law is unclear the court should defer to a reasonable interpretation by the federal agency applying the law.

Often, legislation requires that many regulatory agency political appointees may not be removed except for reasons of incompetence and corruption. In Humphrey’s Executor v. U.S. (1935), the Supreme Court frustrated President Roosevelt’s effort to remove an FTC commissioner.

President Obama used these precedents and the lower court case law that followed to subvert free markets and democratic accountability—in favor of the statist values and methods of the deep state.

Reflecting the sympathies of the increasingly socialist Democratic Party, he appointed left leaning commissioners and judges to help impose a European-style economic regulatory order and constraints on civil liberties—consider the strict controls on free speech now imposed at many universities.

Practically speaking, most new EU laws require consensus among its 28 member governments—a cumbersome and inadequate process. What has evolved is an administrative state that imposes rules—for example, proclaims all manner of business standards, antitrust policy rules and limits on individual states’ tax policies—all with limited judicial oversight and often with a bias against non-European interests. Ask Amazon and Apple about the treatment they received on tax disputes or the terribly large fines Google must pay on administrative accusations of monopolization.

Judge Kavanaugh’s record reveals a deep suspicion of presidential and government agency overreach. Last year he reviewed FCC net neutrality rules based on the reasoning that internet service providers are public utilities and could not split the internet service into fast and slow lanes.

In a Harvard Law Review article he wrote “Chevron is nothing more than a judicially orchestrated shift of  power from Congress to the Executive Branch,” and he has written some 40 opinions finding federal agencies actions to be unlawful or cursory in its actions.

Similarly, in 2008, he dissented from a D.C. Circuit decision upholding the composition of the Accounting Oversight Board—Sarbanes Oxley required its members could only be removed for cause, not the policies they might impose.

Judge Kavanaugh wrote, “such unaccountable power is inconsistent with liberty,” and in a 5-4 ruling the Supreme Court subsequently embraced his reasoning.

Historically, Americans enjoyed greater protection of their civil liberties from an aggressive state and more robust economic growth than heavily regulated continental Europeans. President Obama and the ascendant socialist wing of the Democratic Party sought to narrow those differences and no surprise, our society grew more restive, divided and less tolerant of individual freedom—and less prosperous.

The true legacy of President Trump will be in the appointment of justices—like Brett Kavanaugh—who reverse the damage, preserve freedom and enable the civic and economic benefits that follow.