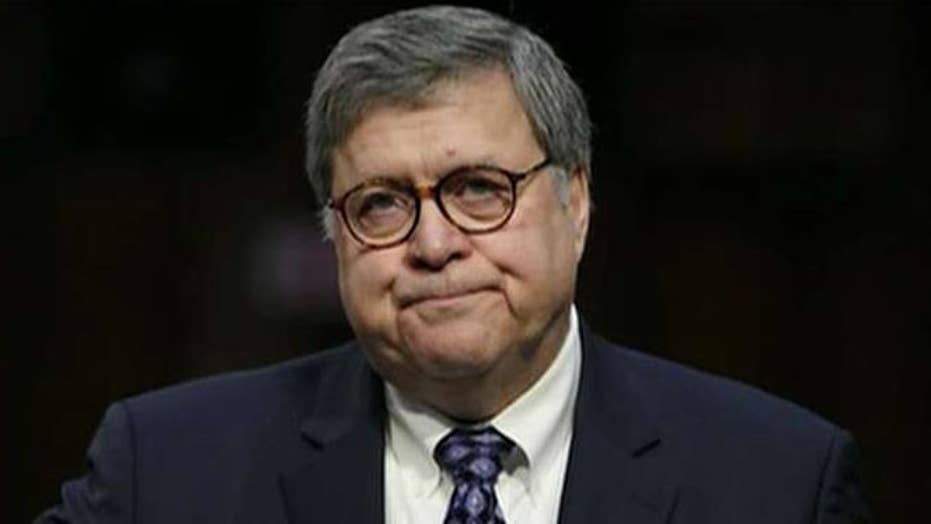 Chairman of the House Judiciary Committee Rep. Jerry Nadler speaks out ahead of contempt proceedings against the attorney general; Catherine Herridge has the latest from Capitol Hill.

Lock him up? In voting to hold Attorney General William Barr in contempt of Congress, House Democrats demonstrate that they are long on partisanship but short on historical memory. Most Democrats strongly condemned Republicans seven years ago when the House (including several Democrats) voted to hold President Obama’s Attorney General Eric Holder in criminal and civil contempt of Congress for failing to turn over thousands of pages documents related to the Fast and Furious gun-running scandal. Key distinctions between the two situations illustrate why there is no Republican support for a contempt vote today.

The documents that the Obama-Biden-Holder Justice Department refused to turn over, leading to six years of litigation, were withheld because they showed how the Fast and Furious operation and cover-up were directed at the highest levels of the Obama-Biden-Holder Justice Department. In other words, Holder refused to turn them over to prevent Fast and Furious from becoming even more of a scandal for his own department.

By contrast, the unredacted Mueller report and underlying evidence that House Democrats are demanding are not being protected to cover up a scandal in the Justice Department – rather, the limited redactions are dictated by longstanding DOJ policy and federal law to protect third parties, grand jury information, ongoing investigations, and intelligence gathering sources and methods.

But House Democrats have made it clear that they don’t actually care about the Mueller report itself. What they care about is extending their collapsing narrative about President Trump and Russia and collusion and obstruction of justice. Attacking Barr, who has made every attempt to provide Congress and the American public with all the information permissible from the Mueller report, is a proxy battle to relitigate the 2016 election against a president many Democrats have refused to accept. (On May 6, 2019 – two and a half years after losing – Hillary Clinton irresponsibly continued to claim that she was robbed of the highest office). 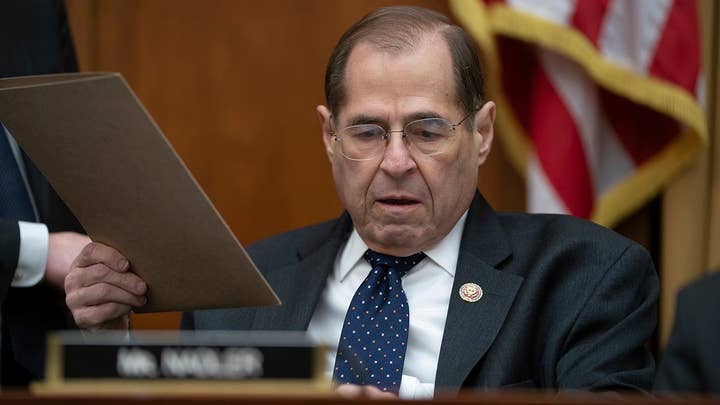 Two examples demonstrate House Democrats’ true motivation. One, as they hurl vicious personal attacks on Barr, calling him a liar and various other slurs and fixating on his March 24 letter to Congress, House Democrats conveniently ignore that 92 percent of the report has been available to the American public to review for weeks. They hope by repeating their invective to create a new political “fire” because the report itself did not provide them the fuel to keep their Russian collusion and obstruction of justice narrative of the past two and a half years going through the 2020 election.

Two, Barr has provided a less redacted version of the report to congressional leaders, with all the redactions removed except those required by federal law as pertaining to grand jury material, and every single Democratic leader has refused to view it. If they were truly interested in the truth, instead of a political witch hunt, they would have welcomed the opportunity to see even more of the report.

House Democrats have made it clear that they don’t actually care about the Mueller report itself. What they care about is extending their collapsing narrative about President Trump and Russia and collusion and obstruction of justice.

As we say in Silicon Valley, the outrage and demagoguery House Democrats currently spew is a feature, not a bug, of their current political playbook. They know that there is nothing to be found in the Mueller report, even in the unredacted version and underlying evidence, and are making the most of the situation by cynically attempting to divide and confuse an electorate tired of the topic. Fueled by rage, they fight on, long after the closing bell has rung.

Rep. Collins summed up the situation exactly: “Democrats have launched a proxy war smearing the attorney general when their anger actually lies with the president and the special counsel, who found neither conspiracy nor obstruction.”

The circumspect, plain-spoken, and the seemingly unflappable attorney general is a singularly unfit target for Democratic rage. He is unwilling to be baited, and their taunts will not move him.

But Democrats did take the bait. Decrying that the Democrats were fulfilling Russia’s mission of sowing chaos and discord, Senate Majority Leader Mitch McConnell agreed: “This is the whole angry barrage that Democrats had prepared to unleash on President Trump. Except the facts let them down. And so the left has swung all those cannons around and fired them at the attorney general. Not for any legitimate reason. Just because he’s a convenient target… Instead of taking a deep breath and coming back to reality, our colleagues across the aisle want to shoot the messenger and keep the perpetual outrage machine right on going.”

Perpetual outrage and near-hysteria do not leadership make. The Democrats’ progressive liberal dreams of climate change reform, "Medicare for All," higher taxes, open borders and more is being put on hold while Jerry Nadler, Adam Schiff, Elizabeth Warren, Kamala Harris and others mug for the cameras and fulminate. And the wheels of democracy grind to a halt as a result of this sorry spectacle.