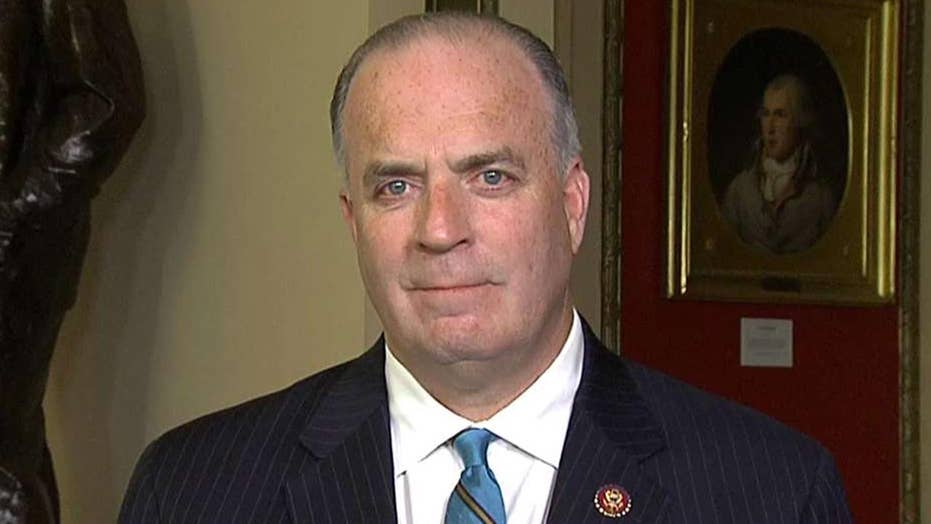 Michigan Congressman Dan Kildee, Democratic member of the House Ways and Means Committee, expects the dispute over President Trump's tax returns will be resolved in the judiciary system.

If Congress is allowed to examine the president’s tax returns, the next step will be demands by lawmakers to examine the tax returns of others – political activists and opponents, members of unpopular groups, religious minorities, and who knows who else.

And if you think this isn’t possible, just think back to the FBI under Director J. Edgar Hoover and the files he kept on many Americans he considered to be dangerous subversives – including civil rights icon Dr. Martin Luther King.

Importantly, the provision of the tax code that Democrats are seeking to use to get Trump’s tax returns could also be used to get the tax returns of other Americans as well, should Trump lose his fight to keep his tax returns confidential.

The 33-page opinion protecting the confidentially of tax returns was written by Assistant Attorney General Steven A. Engel, who heads the Office of Legal Counsel in the Justice Department. It is based on an appropriate reading of the law.

The Office of Legal Counsel is the office within Justice that provides legal advice to the president and all executive agencies, including on the proper interpretation of laws and the Constitution.

To no one’s surprise, Democrats are attacking the Justice Department memo as a political document designed to protect President Trump. Yet in fact, the reason Democrats want to see the Trump tax returns is blatantly political. They want to use the information in the returns in possible impeachment proceedings against the president and to campaign against Trump’s re-election.

House Ways and Means Committee Chairman Richard Neal, D-Mass., who has led the fight by House Democrats to get six years of Trump’s personal and business tax returns, has indicated Democrats will file a lawsuit seeking access to the tax returns.

The Justice Department opinion concludes that Treasury Secretary Steven Mnuchin was legally justified in refusing to turn over the Trump tax returns that Neal’s committee asked for.

As I have explained previously, the Justice Department opinion should come as no surprise, given the privacy protections contained in federal law ensuring the confidentiality of tax returns and the invalid reasons given by Neal for demanding the returns.

There is an exception in the law that says the Treasury Department secretary shall provide tax return information upon “written request from the chairman of the Committee on Ways and Means.”  No reason has to be given for the request.

Importantly, the provision of the tax code that Democrats are seeking to use to get Trump’s tax returns could also be used to get the tax returns of other Americans as well, should Trump lose his fight to keep his tax returns confidential.

However, the Justice Department opinion released Friday points out, Congress cannot “constitutionally confer upon the Committee the right to compel the Executive Branch to disclose confidential information without a legitimate legislative purpose.” The opinion cites numerous court decisions, including by the Supreme Court, that have made this clear.

The opinion goes into great detail examining the background behind the demand for the president’s tax returns. After reviewing that history, the Office of Legal Counsel says that Secretary Mnuchin “reasonably and correctly concluded that the Committee’s asserted interest in reviewing the Internal Revenue Service’s audits of presidential returns was pretextual and that its true aim was to make the President’s tax returns public, which is not a legitimate legislative purpose.”

Rep. Neal claimed that the reason for the demand to see the Trump tax returns was to examine the “extent to which the IRS audits and enforces the Federal tax laws against a President.”

But if that was the case, asked the Office of Legal Counsel, why did Neal ask for Trump’s tax returns “for many years before his presidency.”

Furthermore, the Office of Legal Counsel noted that Neal did not ask for “any information concerning the IRS’s actual policies or practices governing presidential audits or the audit histories for any President other than President Trump.”

Based on these “discrepancies in the public record,” it was obvious that Neal had “not articulated the real reason for his request,” the Justice Department opinion found.

The opinion concluded that this is especially true given that Neal’s demand represented “the culmination of a sustained effort over more than two years to seek the public release of President Trump’s tax returns” by Neal and numerous other Democrats in the House of Representatives, including Speaker Nancy Pelosi, D-Calif.

The opinion summed up the “sustained effort” by pointing out that Neal and other members of Congress made “clear their intent to acquire and release the President’s tax returns” throughout 2017 and 2018.

Referring to Democrats, the opinion states: “They offered many different justifications for such an action, suggesting that releasing the returns  would ‘honor tradition,’ show ‘what the Russians have on Donald Trump,’ reveal a potential ‘Chinese connection,’ inform tax reform legislation, provide the ‘clearest picture of his financial health,’ and expose any alleged emoluments received by the president from foreign governments.

But alleged “oversight” of the IRS audit process of the tax returns of presidents “had never been the focus of their demands” until Neal’s letter to the Treasury Department in April, according to the memo from the Justice Department’s Office of Legal Counsel.

Clearly, the effort by Democrats to get President Trump’s tax returns is not over. We can now expect a long and expensive legal battle – financed by your tax dollars – as Democrats continue their singular focus on investigation of the president instead of legislation to improve the lives of the American people and strengthen our nation.