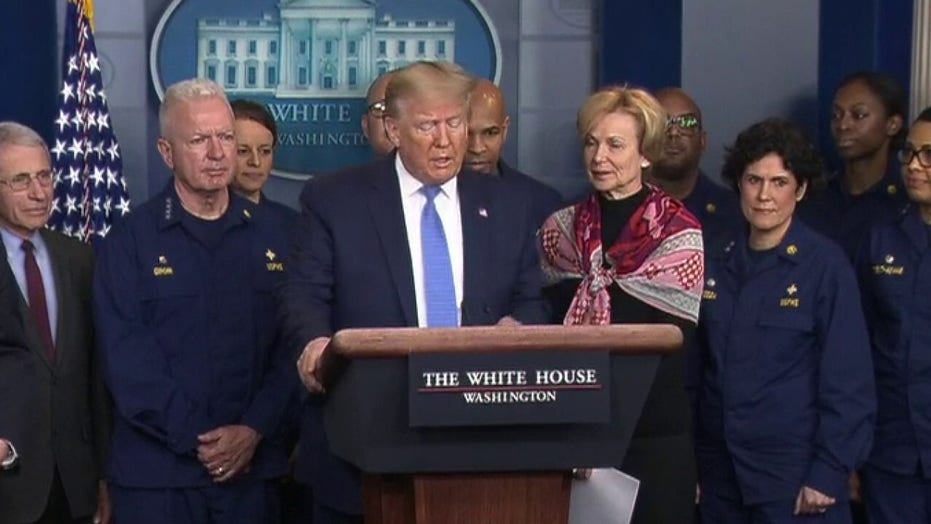 With Congress, the Supreme Court, sports leagues, schools and many businesses and companies across America shutting down, only time will tell if we are being appropriately cautious or engaging in a hysterical overreaction to the coronavirus. But for those imaginative reporters who see a Russian lurking behind every tree and keep asking me if President Trump can use this pandemic as an excuse to delay the 2020 presidential election, the answer is “no.”

Under our Constitution, the executive branch has no authority whatsoever to delay, reschedule or otherwise change the federal election in November, much less any of the remaining state primaries. On the other hand, Congress and the states do have that authority.

Congress has no authority over state elections or party primaries other than the requirements under federal statutes like the Voting Rights Act and various constitutional amendments that prohibit states from discriminating or limiting access to the voting process. But when it comes to setting the dates for political party primaries or general elections for state officials, including presidential primaries, or how you are able to vote (in-person or by mail), the federal government has no power to dictate the time, place or manner of those state elections.

State governments can certainly change the dates of their presidential primaries or whatever other state primaries they are holding.  In some states such as Arizona, Florida, Illinois, Indiana, Michigan, Tennessee, Texas and West Virginia, governors are provided with emergency authority to take such actions without the approval of their state legislatures.

In Florida, for example, the governor has the power under state law to suspend or delay an election by issuing an executive order declaring a state of emergency, although a new election must then be held within 10 days or as soon as practicable thereafter.

That actually happened in New York because of the 9/11 attacks. New York was holding a primary on Sept. 11, 2001. In fact, a political unknown named Michael Bloomberg was running in the GOP primary for mayor of New York City. Polls opened at 6 a.m. but voting was suspended statewide by Gov. George Pataki after the attacks. A new election was held two weeks later.

State governments can certainly change the dates of their presidential primaries or whatever other state primaries they are holding.

But the federal government cannot change the date of such state primaries. Given that all 50 states and the District of Columbia allow voters to vote with absentee ballots, which can be easily obtained, completed and mailed without anyone ever leaving their house, there seems little reason to do so. The cancellation and delay in the New York primary because of the 9/11 attacks on Election Day itself was an extraordinary event necessitated by unique and tragic circumstances. That is not the current situation.

Congress does have the authority under Article I, Section 4 of the Constitution to step in and change state laws and rules when it wants to with regard to the “Times, Places and Manner” of congressional elections. Congress has set the date for election of all members of the House of Representatives on the “Tuesday next after the 1st Monday in November, in every even numbered year.” Federal law sets the same day for the election of U.S. senators whose terms are expiring.

Similarly, under Article II, Section 1, Congress has the authority to set the “Time of chusing the Electors, and the Day on which they shall give their Votes, which Day shall be the same throughout the United States.” Since it is the Electoral College that selects our president, Congress has the power to determine when our general federal election occurs where voters vote for slates of presidential electors in their respective states.

Congress has set the date for that vote on the same day as congressional elections, the first Tuesday after the first Monday in November. Those electors chosen by voters then cast their votes for president on the “first Monday after the second Wednesday in December.” None of these federal statutes has any provision allowing the president or any other executive branch official or agency to change the date of the election even in an emergency, whether it is the threat of a disease like the coronavirus or a terrorist attack.

On the other hand, Congress does have the authority to do so if both the House and the Senate pass an amendment to these laws and the president signs it into law. That amendment could either change the date of the election or delegate to the president the ability to change the date under certain emergency conditions, similar to the authority some governors are given under state laws.

But without that happening – and it is highly unlikely given the fact that neither party controls both houses of Congress – we are having a federal election on Nov. 3 no matter what happens with the coronavirus.