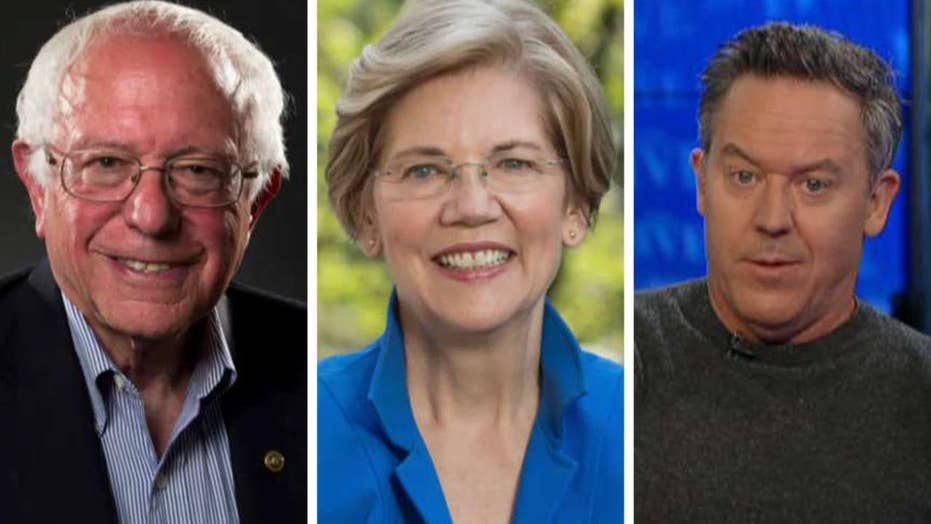 Gutfeld on the feud between Bernie and Liz

It's “commie on commie” action!

"This is a story that was obviously put out by unnamed folks," Weaver said in an interview. "For anybody to say that a woman can't win doesn't make sense. Hillary Clinton won 3 million more votes than Donald Trump did in the last election." He added that Sanders participated in a discussion about "Trump and misogyny," and that "those conversations sometimes get misconstrued."

WARREN HEADS INTO CRUCIAL DEBATE ON THE ATTACK

Ah yes, the three steps of identity politics, the hokey pokey of the left.

First, screw qualifications. Focus on skin color or gender for that protective bubble of grievance.

Second, always use the worst interpretation of a person's intent. If someone says they don't eat brown M&Ms, they must be racist. So misconstrue and deny good faith. Without both, you have no bigotry.

Third, find common ground by blaming Trump. Because, you know, he's evil, despite doing more for minorities than the clowns running against him.

It’s hard not to love this. We’re watching the crocodile that is identity politics eat the party that fed it for years.

Since candidates have become warring collections of traits and grievances, each now vies to become the most "oppressed." But since they've already smeared half the country, the only people left to destroy are themselves.

It’s not a fight between left and right, but between liberals who now see there's no escape from their mindless, angry peers.

But even in his exit, he made it about identity. They didn't lose Booker; they lost a black guy.

At some point, Democrats must realize that America is about unity, not difference. Trump got that. The only way to beat him is for his opponents to do the same.