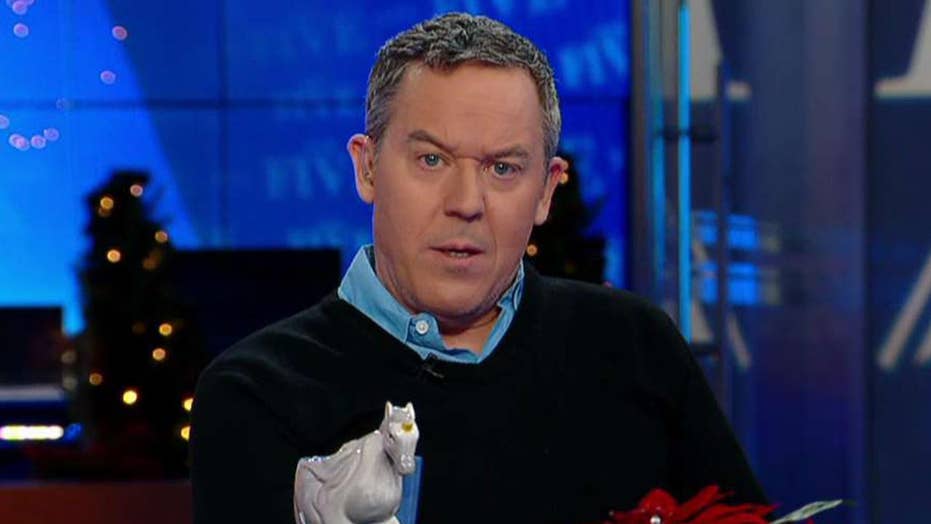 Gutfeld on how to behave at your office Christmas party

Important advice on how to behave during a company holiday party.

Our Christmas party is Tuesday night.

We were going to call it "holiday celebration" but we're not wimps.

Now since I'm old, I've been asked -- how does one survive such events?

My advice? Be the least memorable person in the room. Don't try to be witty, don't dance, don't decide its time to give Mabel some helpful advice about their breath.

Now, about the drinking. The older you are, the less you should drink. With one caveat.

Young people can drink more because it's their nightly routine. Its all they do. They're the pros. However, middle-aged drunks think booze makes them young again -- so they wake up next to human resources.

As for old folks, you've earned the right to cut loose. Steal an ashtray, no ones watching. Sadly. Now -- you'll be among people you'll see next year. And they'll remember everything you do.

So don't remove your pants and dive into a snow bank. It took me years to live that down.

The Uber driver sees all and will post it. Stupid stuff lives forever -- and the Christmas party is where stupid can really shine. My advice: drink water, become best friends with the houseplant and maintain a ruthless stoicism in the face of all flirtation.

Boiled down to two words: be Pence. Be Pence -- and you'll be safe. True, you'll be the most boring person on earth or maybe people will think you're stoned.

But when you sober up, you'll still have a job.