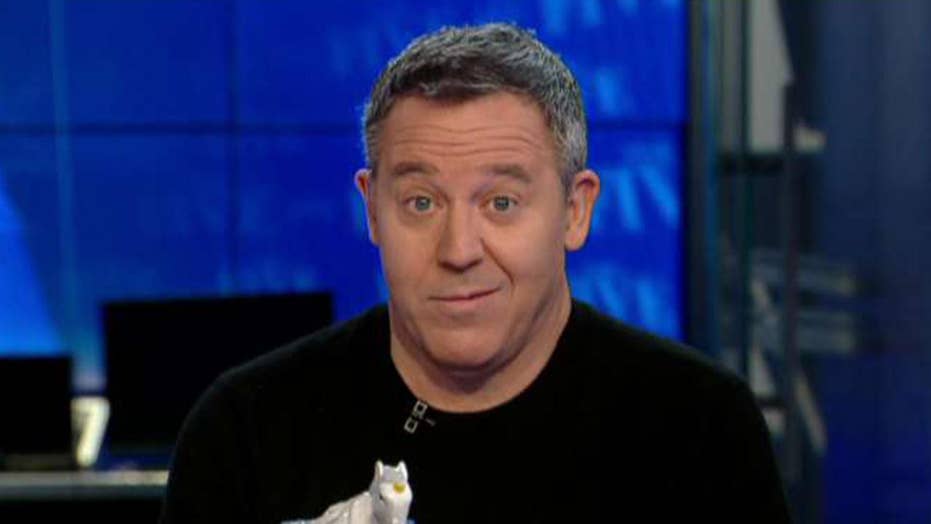 Former Vice President Joe Biden has hit the road. He's on a bus with the slogan "no malarkey" across its side.

I guess "Dagnabbit, where are my dang trousers?" was too long.

But what a time-travel machine it is. The slogan conjures up a time when old men wore fedoras, smoked on trains and worked through a heart attack.

COLIN REED: BIDEN MAY BE LEADING TRUMP NOW, BUT DON'T COUNT ON HIM TO BECOME THE DEMOCRATIC NOMINEE

So is it meant to bring back images of the good old days, which for many it isn't?

I mean, the last time men used "malarkey" as an adjective, it was probably to describe giving the right to vote to women.

But maybe adopting Biden's most obvious flaw is the point.

Sure, he reminds you of someone's granddad wandering the local hardware store.

But is that so bad, especially when clips of these comments keep surfacing?

That strange clip was from two years go. No idea what it means. But that's Joe. Every story feels like a dream retold by a preteen in pajamas. A connection of words excitedly released in no particular order or any known language.

He's still up in the polls, yet there's a sense he's heading straight into the path of an orange tornado.

So how does he turn this darn-tootin' jalopy around?

Maybe he doesn't have to.

The fact is, Biden really isn't the party's nominee. Impeachment is.

The hearings are their answer to Trump rallies. -- The only thing giving Democrats a hope above desperation, that they might get Trump out of office, with or without gramps waving his cane at the kids on the lawn.

So Biden may seem out of time, in more ways than one.

But at least on tour, he'll have plenty of jawbreakers to give the kids, even if they smell like mothballs.