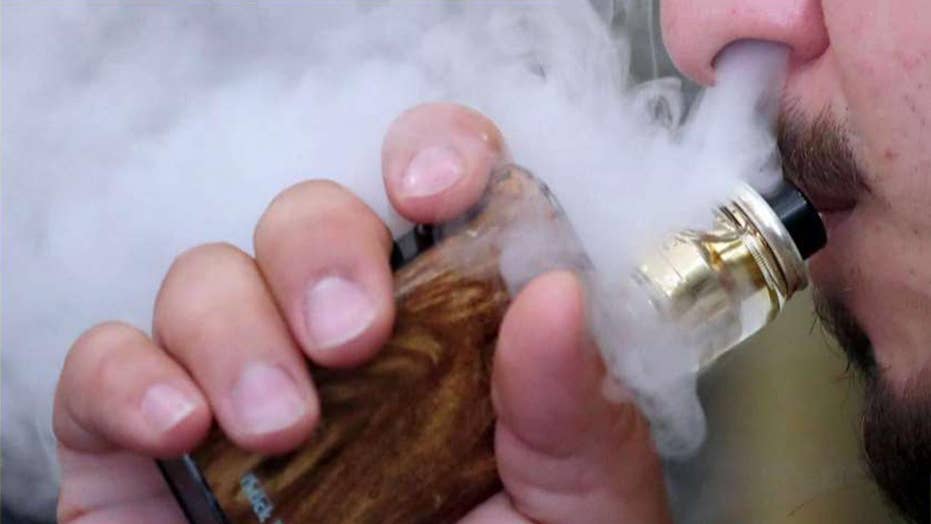 Gutfeld on the crackdown on vaping

Remember the good old days when vaping was the big story?

Well, California prosecutors announced they would start investigating Juul, the popular vape-producing company. This after Walmart announced it would stop selling vaping products.

It's all in response to people getting sick, and some dying, from bootleg THC vapes.

So in response to the effects of an illegal product, they target the legal – which, if copied by other businesses, could push users to bootleggers.

This isn’t new: prohibition, the drug war, opioids. When you eliminate availability of a legal substance, people move to the illegal market – the street – where safety is never guaranteed.

Users – many who took up vaping to quit smoking – could end up dying thanks to decisions that run roughshod over data.

Because vaping is far less harmful than smoking, smokers who switch to vaping improve their health. Why? Because it’s not the nicotine that kills in combustible cigarettes, it's the tar.

Of course, vaping shouldn't be marketed to kids. And if there's something bad in a vaping product, that product's got to be removed. But too often, bureaucrats prefer fear-mongering over fact-checking.

Vaping has helped many to quit smoking, including me. Demonizing an entire industry because of illicit imitators may throw the baby out with the bathwater.