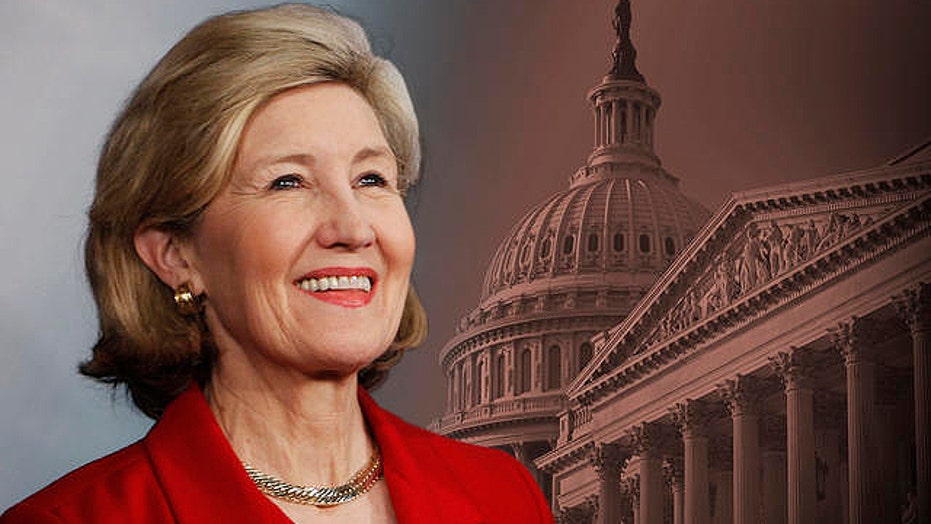 She came on my radio show to discuss her new book Unflinching Courage: Pioneering Women Who Shaped Texas. The book is the third in a trilogy about female pioneers. Hutchison, is one of them, too, having been the first and, so far only, woman to have ever served from Texas in the U.S. Senate.

This was a day after the Manchin-Toomey gun bill on background checks was voted down, and it was fascinating to note where Hutchison stood on it.

Hutchison, from one of the reddest of red states, said she would have voted for Manchin-Toomey, explaining, They "did a great job of putting forward something that would close some loopholes…I think they deserved a vote."

Her assessment of why it didn’t pass: “Some of the other amendments were harder for some of the senators to get behind…[It] didn't address mental health or the violence we see in video games.” She believes “everything together,” as she put it, a more comprehensive bill, would have had a better chance of passing.

Opposition to any type of gun law is driven by an NRA that is increasingly out of touch, not only with most Americans, but even with most gun owners.

I get calls nightly on my show from NRA members who don’t agree with their opposition to background checks, a position they didn’t have just a few years ago. The NRA has become a wing of the most extreme elements of the Republican Party.

In fact, Manchin/Toomey is so mild that many liberals like me oppose it from the left.

The bill would have ruled out having a gun registry, and still had too many loopholes. For example, gun deals could still be made between a gun owner and a family member or “friend.”

That’s a gap so wide a sightless person could shoot a bull’s-eye through it. “Meet my new ‘friend’ who just happens to have enough money in his pocket to buy my gun.”

The only reason this legislation was opposed by members of both parties is because either senators were afraid of being on an NRA blacklist or they faced potential primaries and care more about holding on to power than doing what up to 90% of America wants.

It’s refreshing to know that a Senator Hutchison would have supported this bill, given what she would likely have faced back home.

One reason so little gets done in the Senate is the 60 vote rule, where almost everything up for a vote faces a filibuster threat from the other side.

I asked Senator Hutchison if she supports this rule, where a simple majority isn’t enough to pass most legislation.

“That's what keeps the senate working more productively than the House," she answered. It’s her view that the filibuster rule fosters bipartisanship as one party can't "run over" the other.

She makes a good argument here, but I don’t know how you call this productive, when most of what America wants is ignored.

The Senate has disproportional representation, where a vote from a Wyoming, Rhode Island, or Montana legislator equals a vote from a Texas, New York or California senator, where there are many more people. Senators who voted for Manchin-Toomey represent two thirds of the American population.

What the Republican Party needs (even if you take it from me, a very liberal Democrat) are legislators who will stand up to bullies like the NRA, and to primary opponents who want to move this country even further to the right. That goes for Democrats, too, some of whom might as well become Republicans.