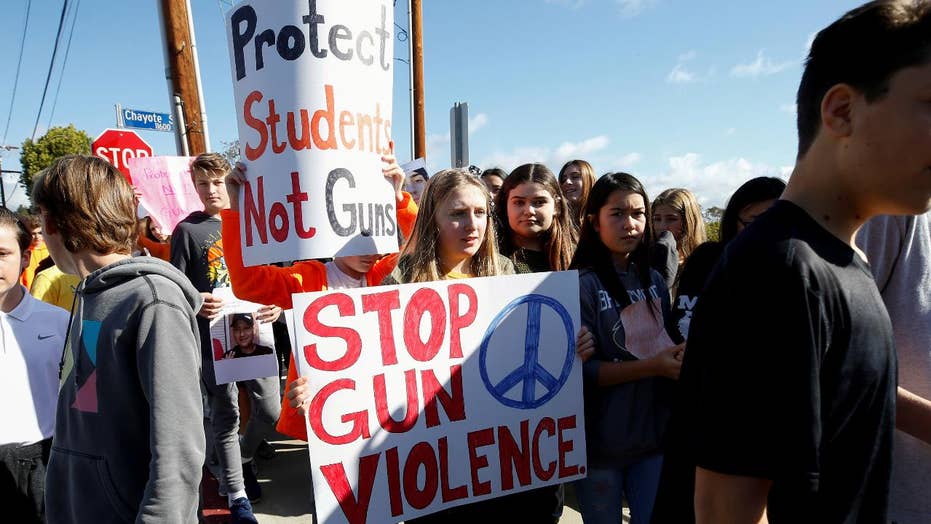 Gun control is a contentious issue. It is one thing for a teacher to talk to his or her class about the issue, hopefully presenting both sides of the debate. But a rally on school property, featuring student speeches and attendance by school administrators and teachers, is something quite different.

My daughter is a junior in high school, and her high school participated in Wednesday’s National School Walkout. On Monday the principal assured parents and students that the event wouldn’t be political, that it would just be a memorial commemorating the 17 people murdered at a Parkland, Florida high school a month earlier.

With her peers jumping at the chance to get out of class, my daughter felt pressure to go. She figured it would be OK, given that the principal promised that the event would just be a memorial for the victims. If she were the only student not to skip class, her teacher wouldn't be able to go. Did she really want to be that lone student? What would her friends think and what might they infer about her political views?

The event turned political, with what appeared to be professionally written speeches mirroring the normal rhetoric that one hears from former New York City Mayor Michael Bloomberg’s Everytown for Gun Safety: that respect for the Second Amendment of the U.S. Constitution doesn’t mean we can’t have “reasonable” gun regulations.

Despite the principal’s promises, no administrator or teacher tried to interrupt the students’ political rants. My daughter guessed that the speeches had been pre-approved by the school.

The speeches called for background checks on private transfers of guns and banning of “assault weapons” such as the AR-15.  There was no debate, no alternative perspective offered. Something had to be done to save lives, students were told. But nothing was said about removing gun-free zone signs or letting armed staff and teachers defend the students.

Despite the principal’s promises, no administrator or teacher tried to interrupt the students’ political rants. My daughter guessed that the speeches had been pre-approved by the school. One wonders how else schools let politics infect their classrooms.

But at least one polling company doesn't think students are particularly onboard with the gun control agenda.

"Young people statistically aren't that much different than anybody else,” noted Gallup Editor-in-Chief Frank Newport just last month, after the attack in Florida.

You wouldn’t have guessed it from the television coverage, but only about 3,000 schools participated out of some 24,000 public and 10,000 private high schools in the U.S. But the media likes giving the impression of nearly universal support for more gun control laws.

What concerned me even more was my daughter’s fear that I might mention her name or her school. It really bothers me that having certain political views that are held by a large percentage of Americans makes her fearful how others will react if they knew she had been uncomfortable with Wednesday’s events.

The media regularly try to shame Americans into giving up guns. We see this when they selectively cover only those polls that show gun ownership is falling or when they claim that 90 percent of Americans support background checks on private transfers, even though gun opponents had a hard time breaking 50 percent of the vote when those initiatives were put on state ballots in 2016.

Just like with the students, if Americans who support people’s right to defend themselves with guns think that they are in a shrinking minority, they will keep their views to themselves.

At my daughter’s school – and from what I can tell from media reports at schools around the country – the National School Walkout didn't encourage students to think for themselves.

Instead, schools fell into the lockstep of political correctness to endorse one viewpoint on gun control and signaled to students what they should think. Those who disagreed with their peers' speeches would be made to feel out of place.

It was hard to watch the television coverage without getting the feeling that students were simply being used as political props. Parents, who have differing views on many issues, don't send their children to school to be pressured and manipulated in this way.