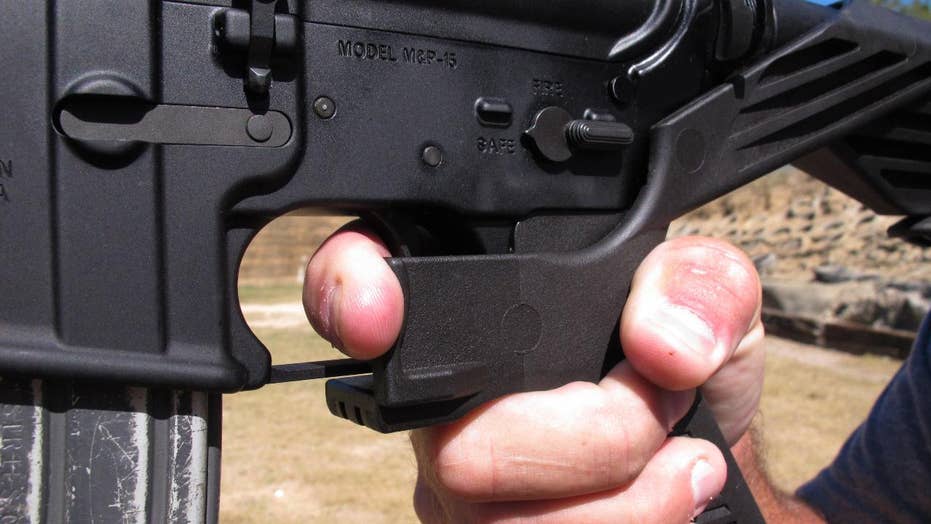 Gun control is the hot topic of the day, and as usual it’s devolved into entrenched positions where many people supporting the Second Amendment will not give an inch, no matter the proposal. Why is that?

Do people who own firearms really believe that everyone should have the right to legally modify an AR platform so that it nearly duplicates the cyclic rate of a military assault weapon?

I had this conversation recently with a friend of mine, a former special operations soldier, who now makes a living providing firearms instruction to police SWAT units. As for me, I own two AR platforms, several pistols, shotguns and other rifles. I’m also a former special operations soldier, a member of the National Rifle Association, and support and defend the Second Amendment. We both agreed that bump stocks should be illegal.

Previously, bump stocks were simply toys that allowed recreational shooters to pretend they were firing an automatic weapon on the range. Because of the bump stock’s firing system, it isn’t inherently accurate, and the wasting of ammo using it relegated it to a gimmick. That was before the massacre in Las Vegas.

Bump stocks are no longer a gimmick. Accuracy became irrelevant when the target set was a crowd of 22,000 concert-goers in an open field in Las Vegas, where 58 people were shot dead and nearly 500 were hospitalized when a gunman opened fire last Sunday in the worst mass shooting in modern U.S. history.

Fully automatic weapons are currently prohibited without an enormous expenditure of time, effort and money. Any mechanical device that is designed to enhance the cyclic rate of fire of a semiautomatic weapon to duplicate that capability should be illegal – and should include devices separate from the bump stock, such as hand cranks.

I imagine the majority of gun owners would feel the same way, although I’m sure I’ll get hate mail from some.

After some vacillating from members of Congress about studies and research, the NRA finally issued a statement Thursday that called on the federal Bureau of Alcohol, Tobacco, Firearms and Explosives “to immediately review whether these devices (bump stocks) comply with federal laws.” The statement added: “The NRA believes that devices designed to allow semi-automatic rifles to function like fully-automatic rifles should be subject to additional regulations.”

Why did the NRA and staunch Second Amendment defenders in Congress not immediately call for making bump stocks illegal after the deadly rampage in Las Vegas Sunday? Why the equivocating when the issue is pretty clear-cut?

The answer is that gun owners see the fight in zero-sum terms, believing that the other side doesn’t care about preventing another Las Vegas, but instead wants to attack firearms ownership however it can. There is no faith in the intentions of gun control advocates, and for good reason.

The blood hadn’t even dried in the streets of Las Vegas before the de facto leader of the left, Hillary Clinton, tweeted about a suppressor bill currently in Congress. Immediately, the Twittersphere took up the charge, proclaiming that if the killer had used a “silencer,” the death toll would have been exponentially worse.

This is absolute hogwash, as everyone who has a modicum of knowledge about guns knows. To us, it’s a window into the true agenda. Hollywood would have you believe that a suppressor renders the bullet whisper quiet. That is simply untrue.

The shooter was four football fields away from his victims, and the sound everyone hears on the videos is not the explosion of the gunpowder, it’s the noise of the bullets breaking the sound barrier, something the suppressor does nothing to muffle.

In fact, the average suppressor simply lowers the gunfire to hearing-safe levels, but it’s certainly still loud (full disclosure: one of my AR rifles is suppressed). The fact is that suppressors would not have increased the death toll in Las Vegas, and Clinton knows it or should know it – even if her minions do not.

And yet Clinton used the tragedy of Las Vegas to further her agenda of attacking anything pertaining to firearms instead of working toward a solution to prevent a future mass casualty event. Gun owners see this, and instead of encouraging dialogue across the divide, it simply stiffens their will to resist.

Make no mistake, among ourselves gun owners are the first to decry the heinous use of a firearm. But when faced with the clearly partisan and cynical use of every event to further an overarching agenda, we close ranks reflexively – even over something as simple as the bump stock.

Gun owners are not evil. But we do fear the hidden machinations of the people espousing “common sense solutions” – especially when the proposal in question is anything but. If we as a nation truly want to work together to prevent tragedies like Las Vegas, the first requirement is trust in the good faith of the other side, and as Clinton just illustrated, that trust isn’t there.