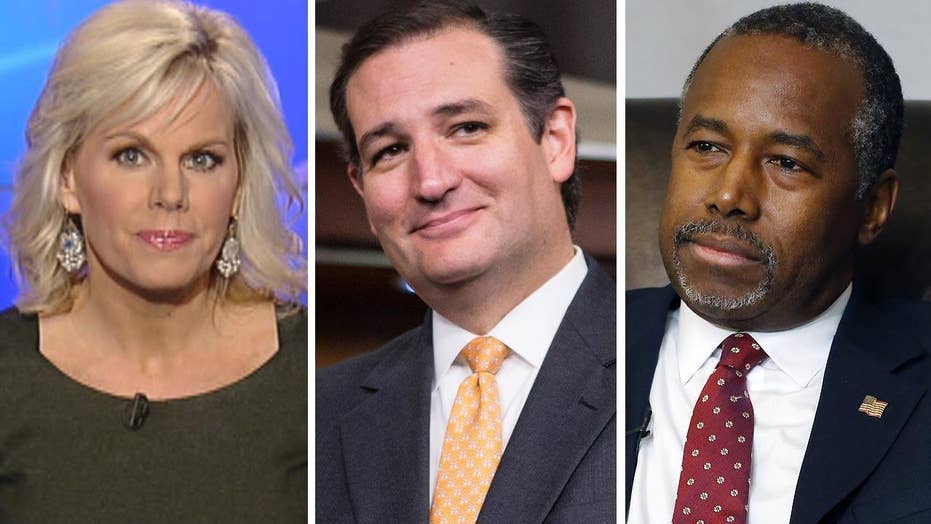 Gretchen's Take: The GOP race is far from over

Major movement in the latest Quinniapiac University poll out of Iowa where the first republican showdown will happen in less than 3 months.

Trump still on top with 25 percent. but look at number 2 now, Senator Ted Cruz skyrocketing up to 23 percent with Dr. Ben Carson falling back now to 18 percent. Rubio standing strong at 13, Paul at 5, and Bush at 4.

Now it gets more interesting when breaking it down by the issues. First up, foreign policy: Cruz on top at 24 percent followed by Trump at 18, Rubio 15, Bush at 8, Paul and notably Carson are way down at 6.

So what about the economy?

Trump back on top at a huge 49 percent. Cruz next in line, but way down at 11, with Carson, Rubio, and Fiorina all at 6.

In Iowa especially sharing a candidates' values is a very important question. So how do the candidates stack up?

This poll seems to show one of the first drastic changes for at least two candidates, Cruz and Carson. It also shows outsider or not, the GOP race is far from over.