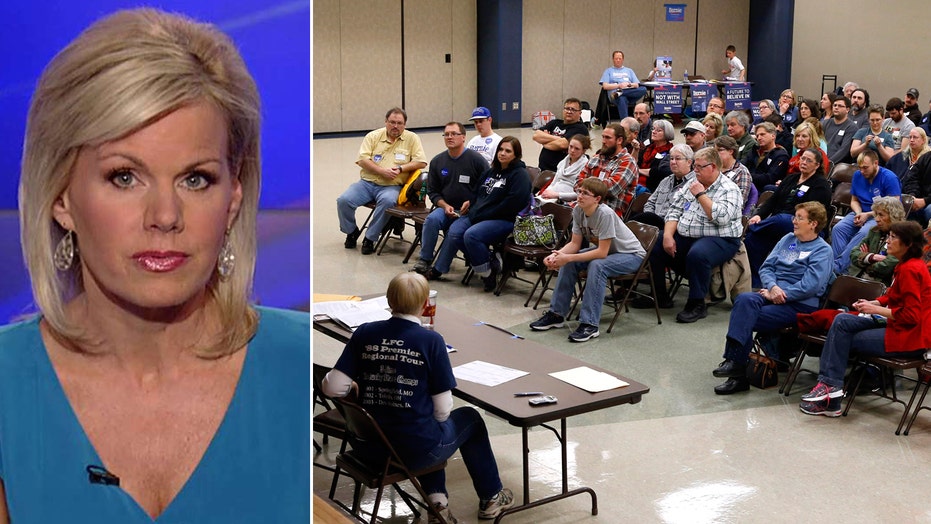 Gretchen's Take: Democratic Party in Iowa is out of sorts

More and more voices are wondering about Iowa fairness

The Democratic Party in Iowa is where the Republican Party was in 2012. Out of sorts. Back then, Mitt Romney was declared the winner of the Iowa caucus, but of course that was wrong, and had to be changed to Rick Santorum a few weeks later. To the GOP's credit, that changed the system to try and avoid that kind of scenario from happening again. and now it has on the other side.

The Des Moines Register editorial out with a killer headline, "Something Smells in the Democratic Party".

I for one was astounded to find out close caucus results were determined by a coin toss! Really? We're leaving close contests for president of The United States to chance? The Des Moines Register also calling for a complete audit of the results because of how close it was between Clinton and Sanders -- just two tenths of one-percent.

As the newspaper notes, “much larger margins trigger automatic recounts in other states”, and the party should "break silly party tradition and release the raw vote totals.” Oh and also, “provide a list of each precinct coin flip and its outcome.” They haven't done that yet?

Transparency, so far, the Iowa Democratic Party chairperson isn't budging, but with more and more voices wondering about fairness, they may be forced to implement change.