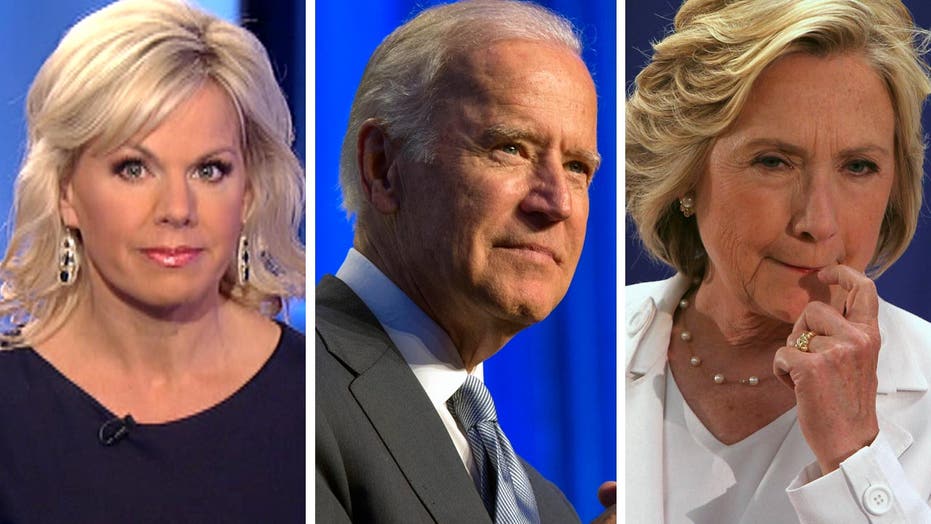 Vice president has all eyes on Clinton's Benghazi testimony

On this program last week we predicted Hillary Clinton would go up in the polls after a strong debate performance. And that VP Joe Biden would not get into the race if she did well.

So -- let's see how those predictions are panning out: Hillary Clinton's lead in the new Monmouth University poll shows her support has ticked up post debate to 48% from 42 last month. Bernie Sanders stays basically unchanged. Undeclared candidate Joe Biden is down now from 22 to 17.

But -- on Monday the Biden rumors about getting into the race ramped up again -- saying he could announce he's running for President in the next 48 hours.

To me, whether or not that's a yes depends on three things -- 2 that have already happened. Low poll numbers for Hillary Clinton, that's not happening at least right now, a bad debate performance by Hillary Clinton - well, that didn't happen either -- so what I think Joe Biden will watch very carefully this week is Hillary Clinton's performance in front of the Benghazi select committee.

If she does well my bet is Joe Biden will not get in. but if she doesn't the door could still be open.