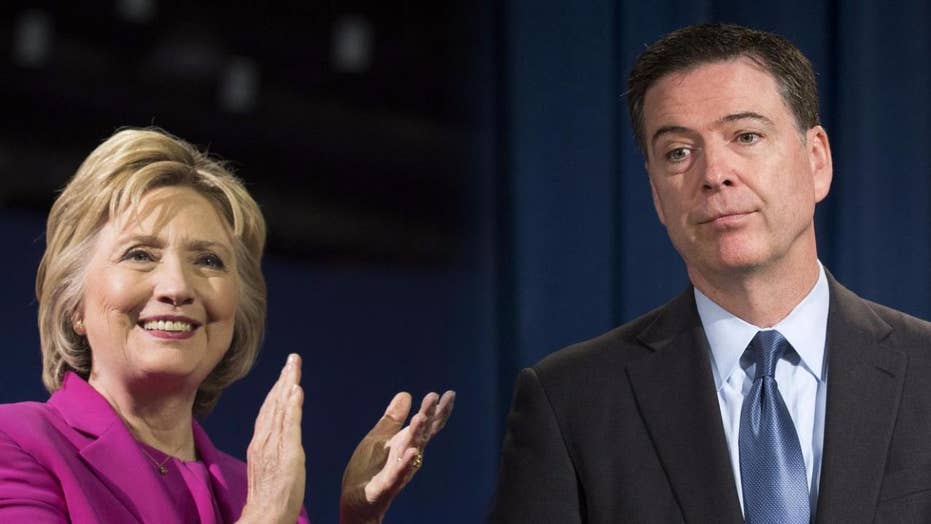 Former Clinton communications director speaks out about the revelation.

Damning new evidence appears to show that Hillary Clinton used her office as Secretary of State to confer benefits to Russia in exchange for millions of dollars in donations to her foundation and cash to her husband.

But there’s more.  It seems it was all covered up for years by the same three people who are now involved in the investigation of President Donald Trump over so-called Russian “collusion.”

The incriminating evidence was uncovered by The Hill (John Solomon and Alison Spann) and Circa News (Sara Carter).  Their dogged reporting reveals that the FBI gathered a multitude of documents, secret recordings, intercepted emails, financial records, and eyewitnesses accounts showing that Russian nuclear officials directed millions of dollars to the Clinton Foundation and hundreds of thousands of dollars to Bill Clinton during the very time that Hillary Clinton presided over a governing body which unanimously approved the sale of one-fifth of America’s uranium supply to Russia.

The corrupt scheme is said to have been financed by the Russians through bribes, kickbacks, extortion and money laundering.  The FBI and the Department of Justice reportedly had the evidence in their possession before the uranium sale, but kept the matter secret and never notified Congress which would surely have stopped the transfer of uranium to Russia.

If the evidence is as compelling as reported, a second special prosecutor should be appointed to determine whether Hillary Clinton and others should be indicted for crimes of corruption.

The FBI evidence, if true, would seem to show that one or more of these illegal “pay-to-play” laws were broken.  The government would have to prove that Hillary and Bill got paid, while the Russians got to play.  And prosecutors are required to show a “quid pro quo” or “nexus” between the payments and the benefit provided.  But it appears that the FBI already possesses all the evidence it needs to make a compelling case.

If Hillary leveraged her public office as Secretary of State for personal enrichment, but also used her charity as a receptacle or conduit for money obtained illegally, that would also constitute racketeering, as I first argued in a column almost a year ago.

Racketeering is the use of a business for a corrupt and illegal enterprise.  The “Mafia” and other organized crime syndicates are often prosecuted under the “Racketeer Influenced and Corrupt Organizations Act” or “RICO” (18 USC 1961-1968).  Frequently, they devise a dual purpose company –one which operates lawfully from the front door, but unlawfully out the back door.

There is little doubt the Clinton Foundation operated as a charity.  But if the FBI documents demonstrate that there was a secondary, hidden purpose devoted to self-dealing and personal enrichment, then prosecution could be pursued against Clinton for racketeering.

According to the Associated Press, more than half the people outside the government who met with Hillary Clinton while she served as secretary of state donated money to her foundation.  If Clinton was peddling access, was she also peddling influence?  Again, the reported FBI documents seem to answer that question.

But why has there been no prosecution of Clinton?  Why did the FBI and the Department of Justice during the Obama administration keep the evidence secret?  Was it concealed to prevent a scandal that would poison Barack Obama’s presidency?  Was Hillary Clinton being protected in her quest to succeed him?

The answer may lie with the people who were in charge of the investigation and who knew of its explosive impact.   Who are they?

Eric Holder was the Attorney General when the FBI began uncovering the Russian corruption scheme in 2009.  Since the FBI reports to him, he surely knew what the bureau had uncovered.

What’s more, Holder was a member of the “Committee on Foreign Investment in the United States” which approved the uranium sale to the Russians in 2010.  Since the vote was unanimous, it appears Holder knowingly and deliberately countenanced a deal that was based on illegal activities and which gave Moscow control of more than 20 percent of America’s uranium assets.

It gets worse.  Robert Mueller was the FBI Director during the time of the Russian uranium probe, and so was his successor James Comey who took over in 2013 as the FBI was still developing the case.  Rod Rosenstein, then-U.S. Attorney, was supervising the case.  There is no indication that any of these men ever told Congress of all the incriminating evidence they had discovered and the connection to Clinton.  The entire matter was kept secret from the American public.

It may be no coincidence that Mueller (now special counsel) and Rosenstein (now Deputy Attorney General) are the two top people currently investigating whether the Trump campaign conspired with the Russians to influence the 2016 presidential election.  Mueller reports to Rosenstein, while Comey is a key witness in the case.

It is not unreasonable to conclude that Mueller, Rosenstein and Comey may have covered up potential crimes involving Clinton and Russia, but are now determined to find some evidence that Trump “colluded” with Russia.

If this is true, Mueller and Rosenstein should immediately recuse themselves from the case.  How can Americans have confidence in the outcome of the Trump-Russia matter if the integrity and impartiality of the lead investigators has been compromised by their suspected cover-up of the Clinton-Russia case?

And, if the evidence is as compelling as reported, a second special prosecutor should be appointed to determine whether Hillary Clinton and others should be indicted for crimes of corruption.