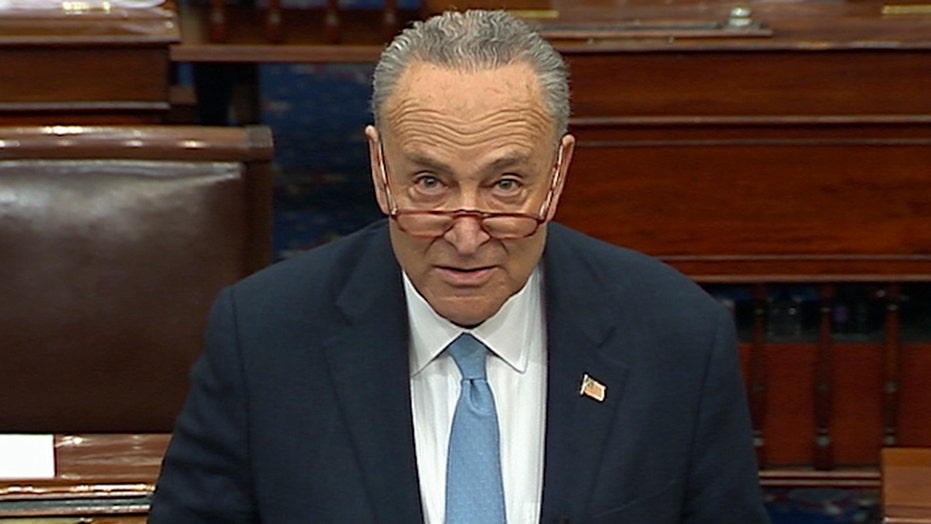 Threatening two U.S. Supreme Court justices by name is a serious matter. But is it criminal?

Senate Minority Leader Chuck Schumer, D-N.Y., stepped very close to the line of felonious conduct. Whether he crossed that line is debatable.

Speaking at a rally of abortion rights supporters Wednesday in front of the Supreme Court, Schumer deliberately inflamed the crowd by taking direct aim at two of the justices appointed by President Trump – Neil Gorsuch and Brett Kavanaugh. The rally was held as the high court was hearing arguments on a controversial Louisiana abortion access law.

What exactly was Schumer saying? Was he implying that if the justices voted in favor of the Louisiana law that retribution in the form of violence should or would be visited upon them? Did his audience infer it?

An incensed Chief Justice John Roberts responded with a rare rebuke of a member of Congress when he issued a statement that read, in part:

“Justices know that criticism comes with the territory, but threatening statements of this sort from the highest levels of government are not only inappropriate, they are dangerous.”

There is little question that Schumer’s statements were “threatening.” Roberts was also correct that the spoken words were so incendiary in front of an enraged crowd as to be “dangerous.” The legal issue is whether they rise to the level of criminal threats, intimidation and incitement.

Let’s begin with the Constitution. The right to free speech under the First Amendment is not without its limits. Individuals are not free to issue verbal threats of physical harm. Several federal statutes make it a crime to threaten government officials, including judges.

A careful reading (or listening) of Schumer’s remarks reveals an obvious threat. But a threat to do what? To infuriate the crowd and incite violence? To encourage or provoke an act of bodily injury on the two Supreme Court justices? This is unclear from the words themselves.

In order for a threat to be criminal, the harm must be specific and unequivocal. For example, if a speaker were to say that a person should be shot or his home set ablaze, that would be clear and unmistakable. In most cases – but not all – vague or ambiguous words are not enough.

Besieged by intense criticism, Schumer claimed Thursday that his speech had been misinterpreted and/or misunderstood. He claimed that his “pay the price” reference and the “you won’t know what hit you” remark were nothing more than a personal estimation of the “political consequences” that would follow if the justices vote to uphold the Louisiana abortion law.

“I shouldn’t have used the words I did, but in no way was I making a threat, I never, never would do such a thing,” Schumer said.

Thus, we are left with the vexing dilemma of both meaning and intent. Federal courts have long wrestled with the question of what constitutes a “true threat.” Can it be determined by Schumer’s self-serving explanation after the fact? No, according to most federal courts.

The legal standard is not Schumer’s subjective intent. Rather, it is determined objectively from the surrounding facts and circumstances. That is, would a reasonable person regard the statement as a serious expression of a desire to inflict bodily injury? Would that same person reasonably fear for his or her safety?

Senate Majority Leader Mitch McConnell, R-Ky., should be commended for publicly admonishing Schumer on the floor of the Senate when McConnell stated, “There is nothing to call this except a threat.” But more should be done.

On Wednesday, I tweeted that Schumer should face censure by his Senate colleagues. This requires a simple majority vote, as opposed to expulsion, which demands a two-thirds majority. Sen. Josh Hawley, R-Mo., has since vowed to introduce a censure resolution, cosponsored by 14 other senators.

If the full Senate does not take a firm stand against Schumer, it will be signaling to all Americans that it is more than willing to countenance dangerous threats against Supreme Court justices. It is a matter of conscience, civility and security.