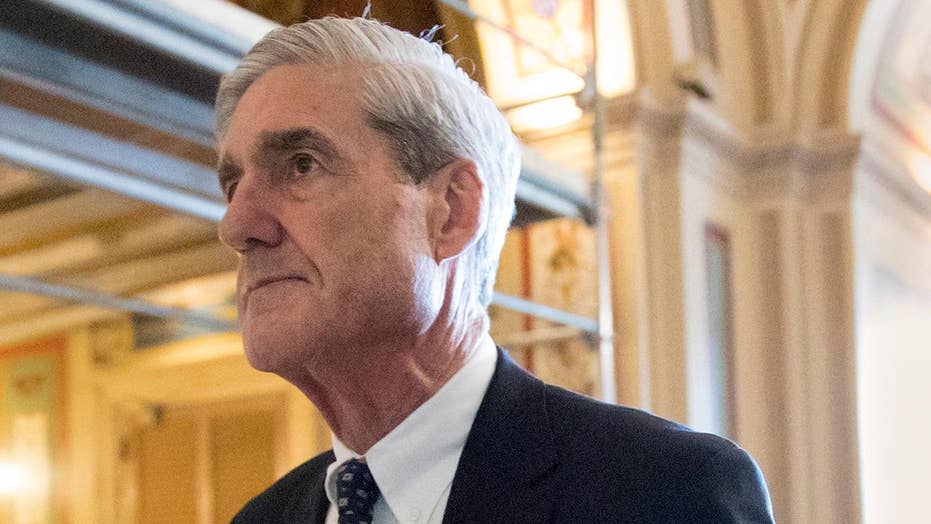 A statement put out by a spokesperson for the special counsel's office referred to the report as 'not accurate'; reaction and analysis from the 'Fox News @ Night' power panel.

The BuzzFeed News fiasco involving a report containing a false allegation that President Trump told his former lawyer Michael Cohen to lie to Congress shows the credibility of the mainstream media in America is either dead or dying. At best, it’s on life support.

The poorly sourced and wrong story peddled by BuzzFeed made the phony claim that the president directed Cohen to lie to Congress about the timing of discussions in early 2016 involving a possible Trump Tower construction project in Moscow.

The story was thinly sourced from alleged federal law enforcement sources who were said to have access to Special Counsel Robert Mueller’s investigation into so-called Russian “collusion” with the Trump campaign during the 2016 presidential race. The president has stated repeatedly that “there was no collusion.”

According to BuzzFeed, documents and testimony exist that support the website’s reporting – although direct sourcing was conspicuously absent. Beyond that, the story made little sense.

No matter. The story attacked President Trump, so the Trump-hating media swallowed it hook, line and sinker.

For the better part of 24 hours after the BuzzFeed story hit the Internet on Thursday, members of the liberal media ran wild with their collective hair on fire, insisting that Trump’s presidency would soon be over.

There was scant critical analysis of the BuzzFeed report. Many journalists and Democrats in Congress speculated the president would resign. Many predicted his imminent impeachment.

Still others fantasized about a criminal indictment and prison for the president for supposedly suborning perjury and obstruction of justice. The rabid media sharks were on a feeding frenzy as they circled their prey. Denials by the president’s lawyer were largely ignored or contemptuously dismissed.

For the better part of 24 hours after the BuzzFeed story hit the Internet on Thursday, members of the liberal media ran wild with their collective hair on fire, insisting that Trump’s presidency would soon be over.

A full day of anti-Trump hysteria and condemnation was suddenly brought to a screeching halt when Mueller, who is normally totally silent in reaction to press reports, issued a clear statement of denial through his spokesman.

“BuzzFeed’s description of specific statements to the special counsel’s office, and characterization of documents and testimony obtained by this office, regarding Michael Cohen’s congressional testimony are not accurate,” said the Mueller spokesman, Peter Carr.

That’s about a strong a denial as you can get.

This invites the question: Why didn’t Cohen and his legal adviser, Lanny Davis, immediately dispute the BuzzFeed story when it was published Thursday night and went viral?  They surely knew it was false. Yet, they perpetuated the lie all day Friday by refusing to comment.

So much for Cohen’s newfound honesty. Perhaps he’s still the same prodigious con artist who lied to banks, lied to the Internal Revenue Service and lied to Congress.

Cohen admitted to those lies when he pleaded guilty to a series of crimes and was sentenced in December to three years in federal prison.

As for Davis, he’s a long-time friend, ally and sycophant to Bill and Hillary Clinton. Enough said.

Mueller can be given some credit for repudiating this “fake news” story. But not much. He waited, inexplicably, for nearly 24 hours before deflating the swollen egos of TV anchors, hosts and reporters. All the while, Trump was being battered like a human piñata.

Democrats and faux legal experts were also taking their swings. Rep. Joaquin Castro of Texas and Sen. Jeff Merkley of Oregon called for the president’s resignation or impeachment. So, too, did former Attorney General Eric Holder, who tweeted that “Congress must begin impeachment proceedings,” calling it “a potential inflection point.”

Harvard Law Professor Laurence Tribe suggested prison for Trump. Of course, all of them prefaced their denunciation of the president with the nearly meaningless predicate, “If it’s true.”

CNN legal analyst Jeffrey Toobin almost got it right. After Mueller debunked the BuzzFeed story, Toobin observed: “The larger message that a lot of people are going to take from this story is that the news media are a bunch of leftist liars who are dying to get the president and they’re willing to lie to do it.”

Toobin’s statement is both correct and obvious. But then, Toobin ruined the moment when he added, “And I don’t think that’s true.”  No, Jeff, sadly it is true.

As noted I noted in my book, “The Russia Hoax,” there is no shortage of media malpractice in the Age of Trump.opi

Motivated by political bias and personal animus, many journalists are relentless in their quest to prove the president’s illegitimacy and drive him from office. They abandon objectivity and suspend their sense of fairness. They allow enmity to cloud their judgment and are now open advocates for his demise.

The media’s reaction to the BuzzFeed story shows that journalists consistently and repeatedly convict the president in the court of public opinion – often without credible evidence and based on false reports.

Rank speculation is all too frequently treated as fact. Stories are agenda-driven, not information-driven. Indictment and impeachment are persistent themes in print, online and television news.

At every turn, the liberal media demonize the president by declaring him guilty of something. In the process, journalists have squandered their credibility, which is their only currency.

It is no wonder that many Americans have little trust in the Trump-hating media to be honest in their reporting.