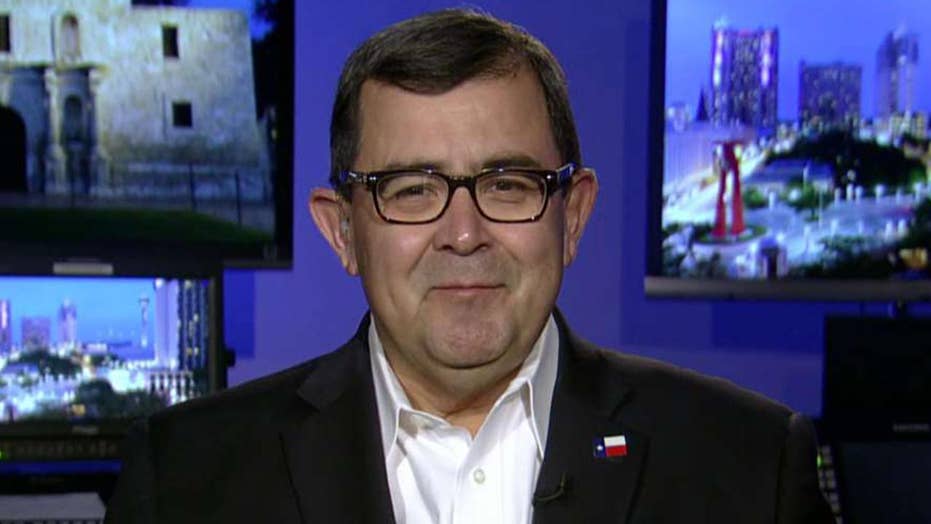 In a stunning turn of events, Republicans reclaimed a Texas state Senate seat Tuesday not won since 1878. After 139 years of Democratic control, Republican Pete Flores made history when he carried Senate District 19 by 6 points – reversing the trend in a district that voted for Democratic presidential nominee Hillary Clinton by a 12-point margin.

The GOP’s unexpected victory in a runoff election shows that when Republicans turn out, we can defy the blue wave that Democrats say is on the horizon – not just in Texas, but in close races across the country.

In addition to ensuring that Republicans have a supermajority in the Texas Senate, Flores’ victory also has national implications.

The state Senate district covers 80 percent of the 23rd Congressional District in Texas – one of the 66 competitive House seats that Cook Political Reports rates are in play.

The outcome of the race for the Texas Senate seat also highlights a national trend that should be worrisome for Democrats. Hispanic voters are increasingly shifting toward the Republican Party. Flores is now the first Hispanic Republican to be elected to the Texas Senate, prevailing in a district that is 66 percent Hispanic.

This should come as no surprise. given that the Hispanic community is winning in the Trump economy. Hispanic unemployment has hit a historic low, and Hispanic household income grew 3.7 percent, adjusted for inflation – “more than double the increase seen by all households,” Alfredo Ortiz noted in The Hill. Amid a flourishing economy, President Trump’s approval rating among Hispanic voters grew 10 in just one month!

The good news for Republicans is that the Texas Senate victory did not come in a vacuum. Recent polling shows Democratic U.S. senators in nail-biter races in Indiana, North Dakota, Missouri, Minnesota, and even deeply blue New Jersey.

Meanwhile, in Missouri, Republican challenger Josh Hawley leads Democratic Sen. Claire McCaskill by 3 percent in the recent Trafalgar Group poll, while tying her in several others.

Perhaps most shocking of all, though, are the astonishing numbers emerging from the New Jersey U.S. Senate race, where Democratic Sen. Bob Menendez finds himself in close race after emerging from a tough trial on corruption charges.

Shockingly, in the most recent three polls Menendez leads Republican challenger Bob Hugin by single-digit margins, besting him by just 2 percent in the July Gravis poll in a state that Hillary Clinton won by 14 points. This comes as a fourth prominent New Jersey Democrat, Branchville Mayor Tony Frato, threw his support behind Hugin.

And in Minnesota, a state that Donald Trump narrowly lost in the 2016 presidential race, the Senate race for the remaining two years of former Sen. Al Franken’s term is far closer than expected, with Republican nominee Karin Housley trailing Democratic Sen. Tina Smith by just 7 points.

These encouraging numbers come in the face of a challenging landscape for Republicans, where the odds are set against us. Since the Civil War, the party controlling the White House has lost House seats in all but three midterm elections.  This is why, as Republicans, we have one huge task before us: defy history.

In close races, the groundwork we have laid at the Republican National Committee can make the difference. Our quarter-billion dollar data operation that President Trump used to prevail in 2016 is widely regarded as the best in the business, as noted by even Hillary Clinton. And we’ve quadrupled the number of top-tier volunteers and have recruited tens of thousands of traditional volunteers, creating a ground operation the likes of which the party has never seen.

Defying history is certainly possible, especially considering that the number of Americans who think the country is heading in the right direction is the highest in modern history. Complacency, though, risks destroying all the meaningful gains we have made in the last two years – a soaring economy, more health-care options, and needed fixes to the Department of Veterans Affairs.

Taken together, the fate of Republicans in November will be determined by one sole metric: turnout. In the Texas Senate race Tuesday, the district saw “the largest percent increase in turnout from special election to a runoff” in the past four years. In other words, Republicans turning out enabled our party to defy history.

Republicans must understand the stakes: not voting means an end to the Trump agenda; the rise of House Minority Leader Nancy Pelosi D-Calif., to become speaker of the House again; and a reversal of the policies that fueled a soaring economy and put more money in the pockets of middle-class Americans.