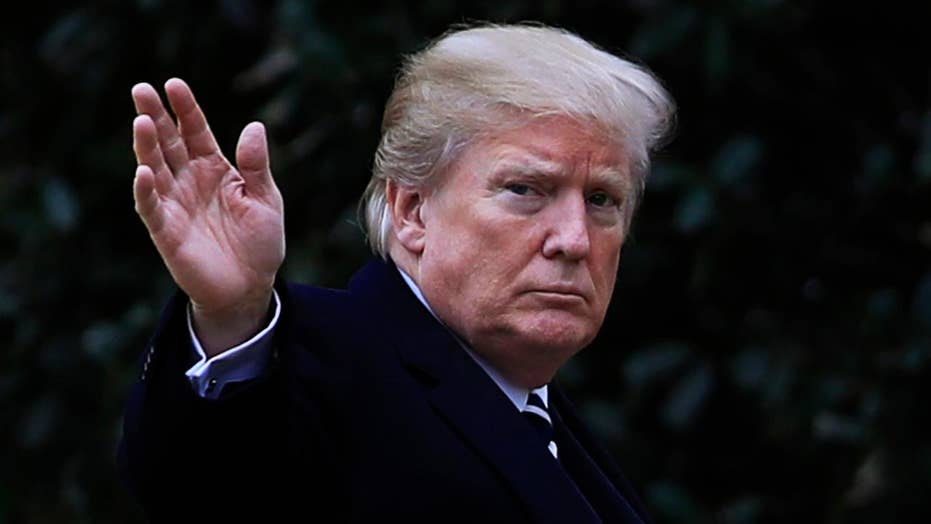 The White House reacted strongly to the claims in the document, while the ranking Democrat on the House Intelligence Committee ripped the memo as blatant partisan politics; John Roberts reports for 'Special Report.'

A formerly secret memo released Friday by Republicans on the House Intelligence Committee raises serious questions about the judgment and actions of a handful of current and former senior officials at the FBI and the Justice Department.

Those officials were seeking permission to surveil an American citizen, Carter Page, who had been an adviser on Donald Trump’s presidential campaign.

A key question: In their dealings with the Foreign Intelligence Surveillance Court to gain permission to surveil Page, did the FBI and Justice Department fail in their duty of candor to the judges?

The Foreign Intelligence Surveillance Act of 1978 (FISA) set up a secret court that reviews all applications made by the  FBI, Justice Department and other federal intelligence agencies seeking classified warrants that allow them to engage in electronic surveillance.

That application has to be submitted “by a Federal officer in writing upon oath or affirmation.”

In other words, the FBI counterintelligence agent or the National Security Agency officer involved has to swear that the “facts and circumstances” in the application are true to the best of his or her knowledge. And each application for a FISA warrant has to be certified by the attorney general or other federal executive officers – such as the director or deputy director of the FBI –designated by the president.

Those officials have a duty to make sure that the information in the application is correct. The FISA Court can approve the electronic surveillance warrant only if it has “probable cause” to believe that the “facts and circumstances” submitted by the government are true.

According to the FISA memo, on Oct. 21, 2016, the FBI and Justice Department applied for and received a surveillance warrant on Carter Page. At the time, Page was a volunteer for the Trump campaign. That warrant was subsequently renewed three times.

According to the memo released Friday, top Justice Department and FBI officials failed to reveal pertinent facts in the FISA application – facts crucial to fairly assessing the credibility of the “facts and circumstances” that were presented and whether there was probable cause to issue a surveillance warrant.

Unproven and uncorroborated claims contained in the Steele dossier – a series of memos compiled by a former British spy whose opposition research on Donald Trump was funded by Hillary Clinton’s presidential campaign and the Democratic National Committee – were an  essential part of the FISA application, according to the House Republican memo released Friday. So essential, in fact, that McCabe testified last December, the agencies would not have sought a surveillance warrant without it, the memo states.

Comey also testified that the dossier’s claims were “salacious and unverified.” Yet the FISA court was informed of none of this.

One would think that senior law enforcement officials would have realized they had a professional duty to tell the court about the origins of the dossier and about Steele himself, since that information was relevant to the credibility of the information drawn from the dossier. Yet, according to the Republican memo, the senior FBI and Justice Department officials involved in the application and re-application process failed in that duty.

The staff memo says nothing regarding what Carter Page is alleged to have done. Thus, the reader is not able to assess whether or not a FISA warrant targeting him was a valid government objective. Nor do we know what information – from the dossier or elsewhere – led the government to reasonably believe that Page was “an agent of a foreign power.”

Clearly, the FISA memo released is but a portion of a much larger story. If Washington works the way it typically works, the fuller story will come out eventually. It should, because the public has a right to know what happened.

But if the main elements of this staff memo prove to be true – that key government officials failed to disclose the tawdry facts about the unverified Steele dossier, its origin and who paid for it, in the middle of a presidential election – there could and should be serious ramifications for all of those involved.