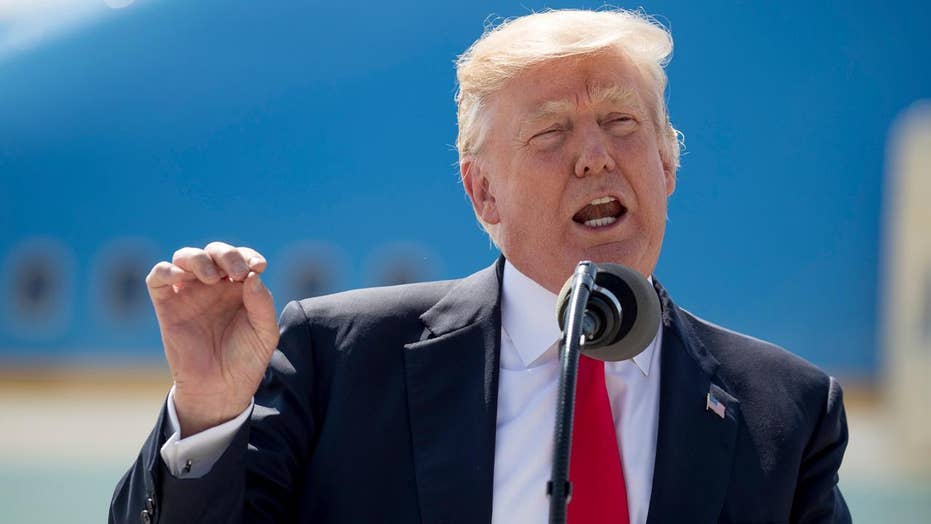 Trump lashes out over reported obstruction of justice probe

According to unnamed sources, the WaPo claims the president is now the subject of an obstruction of justice investigation; Kevin Corke has the details for 'Special Report'

An Oscar Wilde line comes to mind: “I can resist everything except temptation,” said the famed playwright and novelist. Let’s hope President Trump is made of sturdier stuff and can resist the temptation to tell special counsel Robert Mueller, “You’re fired!”

Understandably, Trump is considering doing just that. With leaks about the expanding investigation being spoon-fed to anti-Trump media and with Mueller’s hiring spree including Democratic donors, the president has reason to suspect he’s being set up for a fall.

Yet, in the short term at least, there is a better option. Instead of firing the special counsel, which would serve as a rallying cry to the left and alienate some Republicans, Trump should wage a smart campaign to fight Mueller.

He can begin by firing two other people — Attorney General Jeff Sessions and his deputy, Rod Rosenstein.

Trump is not being served well by either man, and with his presidency possibly hanging in the balance of Mueller’s probe, he must regain control of the Justice Department. Replacing the top two officials is the first step.