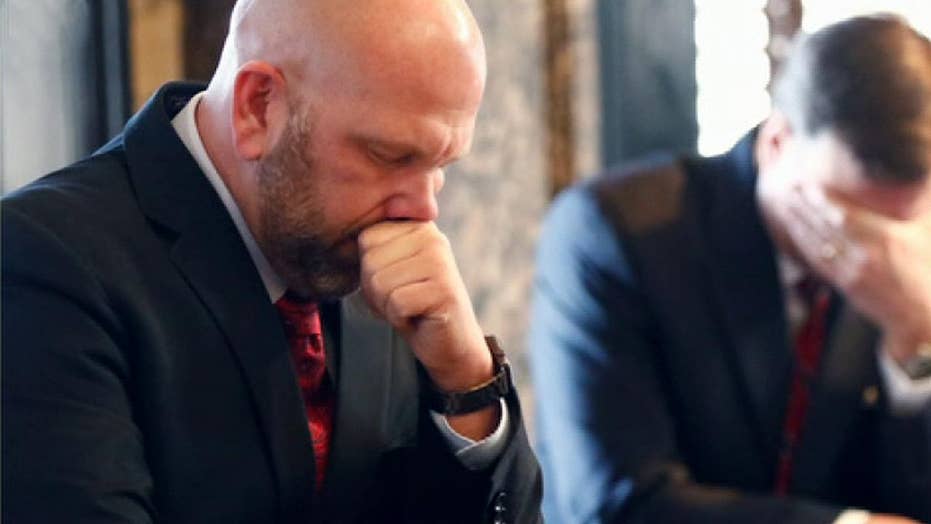 The Freedom From Religion Foundation says the West Virginia House of Delegates crossed the line by opening a session with prayer while public school students were visiting.

Dream with me for a moment, won’t you?

Let’s imagine that somehow, someway, you were to turn from the screen you’re reading this on and find the God of the universe standing or sitting beside you. He’s smiling.

After getting over your shock, you exchange pleasantries, blink a few times, and then manage to muster enough voice to ask why He’s there.

“I’m here because I want to help,” He says, matter-of-factly. “I have a question: What do you want me to do for you?”

Such a scenario may seem farfetched, but it actually happened. A gentleman named John Mark wrote about it a couple of thousand years ago, telling the dramatic story of a Jewish carpenter who was one day out healing hurting people in the Middle East.

Jesus was walking the streets of Jericho, a city located just northwest of the Dead Sea in modern-day Palestine and Israel when he heard a blind man named Bartimaeus calling for help. The people around the man with the handicap tried to silence the beggar, but Jesus responded and asked the suffering Bartimaeus how he could assist him.

Neither God nor His son seem to stroll city streets these days, though the Bible does remind us that we sometimes “entertain angels unaware.” But every single one of us has the freedom to call upon God for help – and for anything, large or small.

I’ve worshipped in magnificent cathedrals and been privileged to pray in many sacred settings, from homes to the hospital rooms of sick and dying friends and loved ones. In my prayers, I’ve asked God for many things and pleaded with Him on behalf of many people.

As one of my friends likes to say, “God answers all my prayers. Sometimes he says, ‘Yes.’ Sometimes He says, ‘No.’ And still other times, He says, ‘Not yet.’

But I sometimes struggle with the idea of God posing such a bold and straightforward question.

What do I want Him to do for me?

I think the eternal destiny of our boys would be tops on my list of requests. I want to see them in Heaven and I want them to know how wonderfully reassuring life can be here on earth knowing that Jesus already paid the price for all their sins.

At the same time, I know God is not some cosmic genie in a lamp, offering me three wishes. Incidentally, whenever we play that game with our boys, one of them inevitably cracks, “One of my wishes is 10 more wishes.”

Yet, I believe he wants to hear from us and is interested in all our problems, including our fears and insecurities as well as all our hopes and dreams for the future. I can tell you that whenever I’ve carried the weighty issues of my life to Him, I leave less burdened.

But why don’t we ask for more or ask more often? The apostle James once wrote, “You do not have because you do not ask God.” He cautioned, though, that we’re to ask with right motives.

Despite the many “holy” places I’ve prayed in, I’ve never seen God move more powerfully or more quickly than in the middle of a Culver’s fast-food restaurant. My wife and I were in the midst of a heartbreaking conversation with a young woman who was struggling with a life-altering decision. We were doing more listening than talking. I wanted to say something and had a perspective that I thought would be helpful, but saying it struck me as forward. I said a quick prayer and asked the Lord for an opening.

Literally, within the next minute, the young woman turned to me and said through tears, “I don’t know anymore. I need your help. Please tell me what you think I should do.”

She took the counsel, which I believe came from the Holy Spirit, and is currently doing very well.

So, go ahead and ask. Don’t be shy about it. Ask with specificity, and you may very well be amazed at how He answers your prayer.