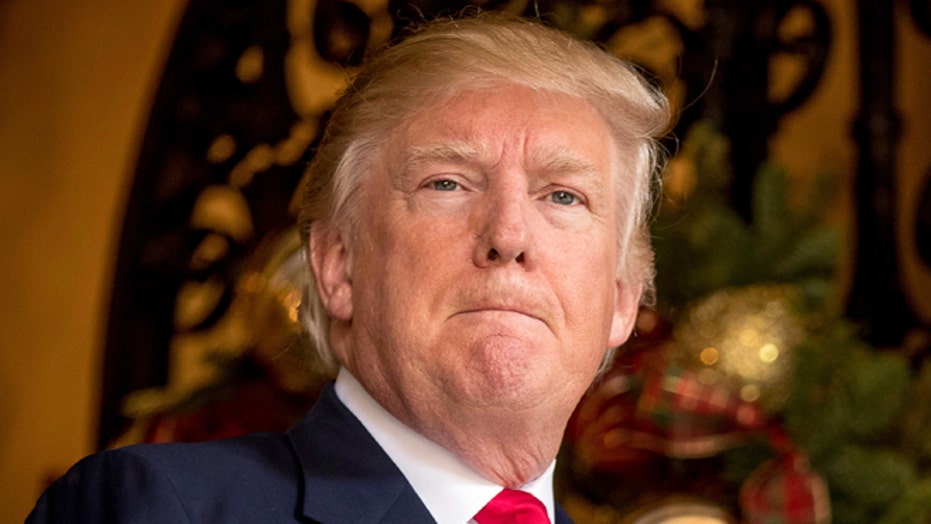 Is the media right about Trump's image obsession?

Bias Bash: Justin Duckham weighs in on examples where President-Elect Donald Trump made public comments about appearance of his rivals, and whether or not that bias is affecting his cabinet picks

Democrats and their allies in the mainstream media have apparently grown weary of making excuses for why their chosen candidate, Hillary Clinton, was trounced by Donald Trump on Election Day and have now moved on to a new line of attack: arguing that Trump’s historic victory falls short of a “mandate” from the American people.

Trump has “less than a mandate” and is on a “short leash,” wrote a trio of senior NBC News reporters. He has “no mandate,” a former Clinton staffer wrote in Time Magazine, which had just begrudgingly named Trump its Person of the Year. His “political mandate is historically small” added the vehemently anti-Trump Washington Post.

These are, of course, the same individuals and publications who were wrong about nearly everything throughout this entire election cycle. But this latest line of attack -- which seeks to undermine the President-elect’s ability to challenge the status quo once he assumes office -- shows just how clueless they are about what Trump’s victory and the movement it represents really mean.

During President Obama’s first year in office, Democrats held the vast majority of both state house and state senate seats and had 28 sitting governors, compared to only 22 Republicans.

Since then, Democrats have lost 919 seats in state legislature all across the country, according to the National Conference of State Legislatures (NCSL), and there are now 31 sitting Republican governors, compared to just 18 Democrats.

Republicans now hold over 4,100 out of 7,383 state legislative seats, the most since the 1920s. Republicans control both legislative chambers in 32 states, and in 24 of those states they also control the executive branch. Democrats can only claim that governing trifecta in six states.

Very few times in American history has the electorate so forcefully rejected the political agenda of a Party as they have the Democrats’ under eight years of President Obama’s leadership.

The idea of “hope and change” resonated with voters in a powerful way in 2008 and 2012, but “drain the swamp” supplanted it in 2016 because President Obama, quite simply, has failed to deliver.

With the election of Donald Trump, the American people have once again delivered a mandate for change, and they have done it at every level of government -- from The White House to the state house.


Former Speaker of the U.S. House of Representatives Newt Gingrich is the host of the "Newt’s World" podcast and author of the New York Times bestseller "Trump and the American Future." More of his commentary can be found at www.Gingrich360.com