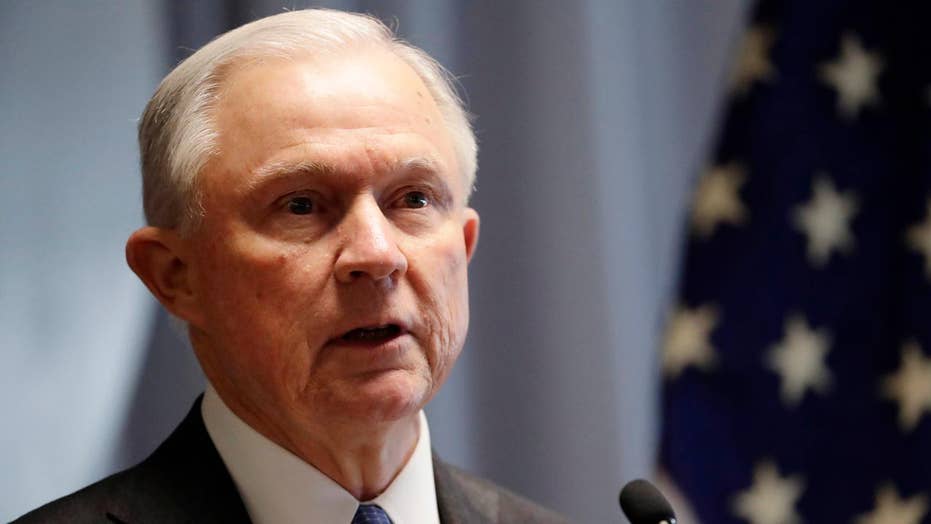 One of the most important promises President Trump made during the campaign was his pledge to end the opioid epidemic – and he has taken some strong steps toward making good on that promise, including the creation of a commission and almost a half billion dollars in new funding. But Attorney General Jeff Sessions’s announcement last week that federal prosecutors should “pursue the most serious, readily provable offense” when dealing with drug crimes has us concerned.

While the memo does allow for some prosecutorial discretion, we are troubled because this directive could potentially slow progress fighting the opioid epidemic and work against other efforts by the Trump administration to do so.

Frankly, putting people battling opioid addiction in jail rather than in treatment programs could lead to more opioid-related deaths.

How do we know imposing tough sentences doesn’t work to stem the tide of drug use, trafficking, and addiction? Because we tried it in the 1980s by assigning strong sentences to crack cocaine violations – and it failed miserably.

A huge body of evidence shows opioid addiction is a chemical brain disease – not a behavioral or lifestyle decision. Because of this, many people who are chemically predisposed to opioid addiction become hooked after taking lawfully prescribed opioid-based painkillers following a surgery or an accident. Once the prescription runs out, they turn to the illegal market to feed their addiction. These are not people with malignant intentions, they are suffering from an addiction – a medical condition.

How do we know imposing tough sentences doesn’t work to stem the tide of drug use, trafficking, and addiction? Because we tried it in the 1980s by assigning strong sentences to crack cocaine violations – and it failed miserably.

Over the last 30 years, the federal prison population has ballooned from 24,000 to about 200,000. In that time, taxpayers have spent billions financing this failed experiment. About half of those 200,000 federal inmates are incarcerated on drug charges – and only 14 percent of those convicted of drug offenses are major traffickers. Many in the remaining 86 percent of drug offenders don’t even have prior criminal records. Meanwhile, the number of people who self-report using illegal drugs has increased, and recidivism for drug offenders has been largely unaffected by stiff sentences.

The good news is many states, particularly Republican-led states, have recognized the error of this approach and have changed course accordingly. Consider tough-on-crime Texas. In 2007, the Lone Star State scrapped plans to build more prisons and instead funneled millions into drug courts, expanded drug treatment and other programs. Since then, the state has saved more than $3 billion in prison costs and actually closed three prisons, all while crime dropped to its lowest level since 1968. And, over the last decade, more than 30 other states have followed suit by instituting similar reforms that control costs and protect public safety while steering prison savings into programs that battle addiction.

Severe sentences for people with opioid addiction are particularly dangerous. While they are incarcerated, opioid addicts’ tolerance for the drug goes down, but their addiction doesn’t change. This lowered tolerance and persistent addiction is a perfect recipe for overdose and death once they have access to opioids again.

We must prevent as many of these deaths as possible because the number of deaths from opioid overdose in the United States is already on an alarming trajectory. Since 1999, the figure has quadrupled, according to the U.S. Centers for Disease Control and Prevention. Opioid overdoses claimed the lives of more than 33,000 in 2015 alone, and opioids caused 60 percent of all the overdose deaths in America.

On May 23, we are joining conservative leaders from across the nation in Washington, D.C., to explore new, conservative ways to cure the opioid epidemic and combat the illegal drug trade. The gathering will be hosted by Right on Crime, a group focused on conservative solutions for criminal justice reform.

We recognize that Attorney General Sessions is faced with the difficult job of enforcing our laws, while other parts of the administration are focusing on treating addiction. There is no question that major drug traffickers, dangerous cartels, and other violent criminals who are involved in the drug trade need to be caught and swiftly brought to justice.

However, it is important to make a clear distinction between dangerous criminals and people who are battling addiction. We believe the attorney general should issue further guidance to make this distinction clear. Furthermore, Congress should look to the successful drug sentencing reforms in the states for guidance to re-examine federal guidelines.

To fight this terrible epidemic, it is imperative that we eliminate the flow of illicit opioids into our communities and provide treatment to help those who are addicted to break their bondage to opioids. It is truly a matter of life and death.