My name is Vernon Jones, I am an outgoing State Representative in Georgia, a lifelong Democrat and newest member of the Republican Party.

I am no longer a Democrat. I cannot stand for the defunding of the police, higher taxes on working families and job-killing socialist policies that will devastate Americans of all walks of life.

Now, let me make one thing clear—I haven’t changed. The Democratic Party has changed. It's become a toxic combination of radical leftists and liberal elites in San Francisco and Hollywood have taken over my former Party.

Many of these folks aren’t interested in traditional American ideals and doing what’s right for the honest working man and woman. A lot of politicians, both Democrats and some Republicans, are interested in going to Washington, D.C. to be a part of the permanent D.C. political class that thumbs its nose at the rest of the country.

I’ve been in public service. I served 12 years as a Georgia State Representative and I am the former Chief Executive of DeKalb County. As Chief Executive for DeKalb County, I managed nearly 7,000 employees and directed the day-to-day county operations, including the management of one of the largest police departments in Georgia. 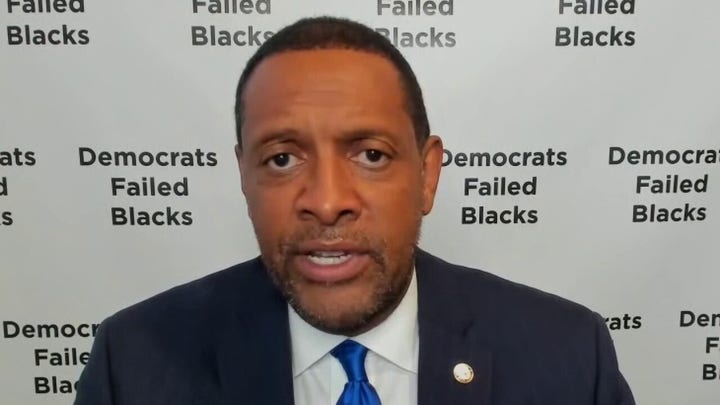 We must work with the law enforcement community to support public safety and the overwhelmingly brave men and women who serve and protect our communities.

The loudest voices in today’s Democratic Party are sowing division and hate between the police and the communities they serve instead of offering solutions and a platform to have some real conversations.

We need leaders who will support economic opportunity for all Americans, and the loudest voices in today’s Democratic Party are focused on an incremental increase to the minimum wage instead of promoting policies that give all Americans the opportunity to thrive and reach their full potential.

Grandstanding Democrats and well-paid TV "thought leaders" simply don’t seem to understand how many Americans feel left behind and ignored by their "leaders" in Washington. They have hijacked the civil rights movement for money and corrupt political gain. Instead of focusing on the real divisions dragging Americans down, we are fed a false narrative based on race-baiting, identity politics and widespread propaganda fed to the masses.

Let us take the incident at the Capitol on Wednesday. We must oppose misguided, wanton violence. We must always defend the values that make America great and misguided violence isn’t the solution.

The problem with many who are part of the establishment and talking heads on television is that instead of digging into why so many Americans are so frustrated, they’ve chosen to ridicule, condemn and misrepresent the facts. It’s only going to feed into the discontent and disdain so many Americans have for Washington.

We must also oppose the permanent Washington political establishment’s dismissal of legitimate concerns regarding this past election. I refuse to engage in conspiracy theories, and I am not making any conclusions without evidence, but the concerns of so many people must be heard.

Tens of millions of Americans have legitimate concerns surrounding the election. Instead of responding to their concerns with facts and reassurance, Washington Democrats and the coastal elites reacted with disdain, misinformation and censorship.

And now, the very same people who did all they could to blame President Donald Trump’s 2016 election victory on a compromised election system are scoffing at the notion that there could be serious issues with the very same system.

It’s almost as if this isn’t about democracy or the Constitution for the so-called "elite," but all about power and destroying President Trump.

This problem is much larger than Republican vs. Democrat. The issue at hand is much deeper than the 2020 election. If the American people lose confidence in the election process, our very democracy is at risk.

Elected officials have a duty to respond to the people they represent, which is why it is fair and perfectly within the boundaries of reason for members of the House and Senate to bring the issues surrounding the election before the people’s House.

Today’s Democratic Party embraces identity politics and victimhood. I refuse to judge a man or woman by his or her skin color and I refuse to accept victimhood as my destiny.

Many leaders of today’s Democratic Party are more interested in cozying up to the coastal liberal elites than they are interested in representing America’s hardworking men and women who want to provide for their families, make their communities better and live fulfilling lives.

I am proud to be Republican. I am proud to join the party of Abraham Lincoln, Theodore Roosevelt and Donald Trump. It is the party that best represents the great spirit of the American individual—the Republican Party.

Republican Vernon Jones serves as a representative in the Georgia House of Representatives.