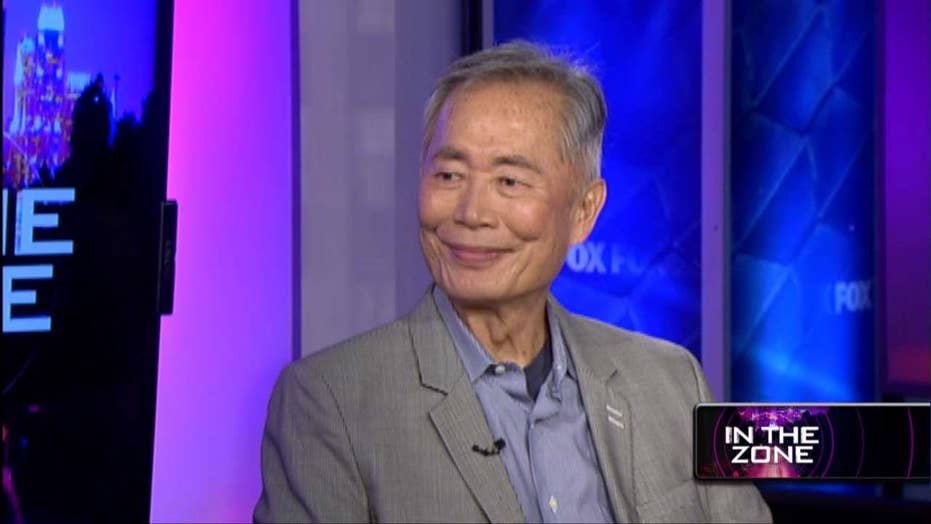 In the Zone: George Takei shares personal story about the time his family spent in a Japanese-American internment camp

I am thankful, in this year of all years, to live here in America. As it continues to be a beacon of hope around the world, the America I know marches forward and is fulfilling – sometimes in fits and starts – its great promise and the dreams of its inhabitants.

I am thankful that I have lived nearly eight decades in this country. My childhood was different than most, after war hysteria swept the nation following Japan’s bombing of Pearl Harbor. We happened to look like the people who had done that, so when I recited the Pledge of Allegiance, it was from behind barbed wire, looking out toward a flag raised inside an internment camp. It was not until years later that I understood the terrible irony of the words, “And Justice For All."

I am thankful that this great injustice never stopped me from believing in this nation’s ideals or striving to achieve them. My father once told me that America is a people’s democracy, as great as the people within it, but also as fallible. And so I have worked all my life to uphold the values written in the Constitution and practiced, silently and without fanfare, by everyday Americans, each day of their lives.

I am thankful to have marched for civil rights to help end an era of Jim Crow and legal segregation, and to have lived to witness an African American hold our nation’s highest elected office. After Stonewall, and AIDS, and all of the struggles of the LGBT community I have witnessed over these years, I am now married to my husband, Brad, whom I love with all my heart, and marriage equality is the law of the land.

My father once told me that America is a people’s democracy, as great as the people within it, but also as fallible. And so I have worked all my life to uphold the values written in the Constitution and practiced, silently and without fanfare, by everyday Americans, each day of their lives.

I am thankful that when the forces of fear and oppression rear up and seek to deny the humanity of others, the rights of the powerless, or the participation of the marginalized, our basic freedoms permit us here to speak out, to educate, and to resist these forces. No great strides have ever been made without great effort and sacrifice; it is how we know our battle is true.

I am thankful that, even as I approach my 79th year, I have fulfilled a lifelong dream of stepping on a Broadway stage in "Allegiance," to tell a vital story to thousands of cheering audience members each week. It is the story of my family, and more than a hundred thousand like us, set in a forgotten chapter of our history. This is a nation that believes in new chances, and rewards those who take them.

I am thankful, above all, to lead a full and rich life as a septuagenarian. I am profoundly optimistic about our future--despite the efforts of those who stir the dark forces of prejudice and division--because I have seen progress. I have experienced it personally, from my childhood in a prison camp to my debut on a Broadway stage. I have never lost faith in the deep promise of this country, and I never shall.

George Takei is best known for his portrayal of Mr. Sulu in the acclaimed television and film series Star Trek.  He’s an actor, social justice activist, and social media mega-power. This fall, George added Broadway star to his list of accomplishments, with the debut of the Broadway musical, Allegiance. The play is based on his family’s story of the Japanese American internment during World War II.