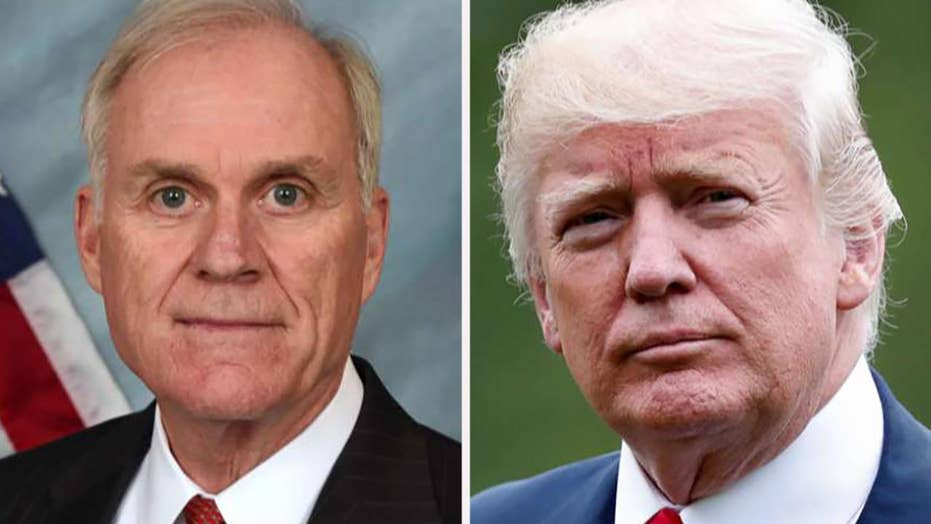 Spencer says Trump doesn't understand what it is like to be in the military; Doug McKelway reports.

Spencer wrote: “The president has very little understanding of what it means to be in the military, to fight ethically or to be governed by a uniform set of rules and practices.”

In reality, Spencer is the man who bypassed the chain of command by cutting Secretary of Defense Mark Esper out of his scheming and working a backroom deal. Now, after being exposed, Spencer submissively avails himself to an eager mainstream media ready to consume his invective aimed at the president, creating the very chaos he blames on the president.

Spencer aligned himself with the prosecution, adding more weight to the suffocating pressure of a resource-rich bureaucracy bearing down on the defense attorney and his client, Gallagher. Commanders and secretaries with decision-making and appellate authority are meant to be neutral by design, open to evidence, mitigation, and extenuation from both sides of the case.

Those, like Spencer, who lack the requisite experience of leading large numbers of servicemen and women often fall prey to their own emotion-driven predilections. Spencer wanted the Navy to be right, so he followed prosecution guidance in a case that was marred by prosecutorial overreach.

Navy prosecutor Cmdr. Christopher Czaplak secretly embedded a tracking virus in an image of the scales of justice and the American flag on emails he exchanged with Gallagher’s defense attorneys, affording him an illegal window into the defense strategy.

Czaplak’s prosecution team, which included Naval Criminal Investigative Service officials, tampered with witnesses in efforts to prevent testimony, tainted the jury pool by leaking reports to the media favorable to the prosecution, and then conspired to shield those crimes as the defense brought them to light.

When Gallagher refused to sign a confession, reports indicate the brig commander moved him to solitary confinement, something we in the military recognize as an “enhanced interrogation” technique. Gallagher’s only “misbehavior” was not doing what the prosecution was badgering him to do. Sensory deprivation is solely intended to influence the target. It didn’t work on Gallagher, but they tried.

Spencer argues that the president’s intervention in a “low level” case is counter to the good order and discipline of the military. There is nothing “low level” about a wartime murder trial involving a Navy SEAL where a jury of Gallagher’s combat veteran peers found him not guilty of all crimes with which he was charged save being one of 12 individuals who posed for a picture with a dead combatant. Wrong, yes, but not something that justifies such an aggressive prosecution.

Lastly, Spencer’s quibbling over whether the president’s tweet was a “direct order” or not demonstrates how petty and vengeful he was toward Gallagher. The president was right to intervene to prevent a biased, small-minded person like Spencer from spitefully tilting the weight of the bureaucracy on top of a single sailor. Servicemen and women enjoy the same due process rights as the civilians of the country they serve.

As Spencer and his hashtags fade over the next several days, the president’s support of warfighters over bureaucrats will increase the morale of those in the rank and file. The critics will angrily accuse the president of supporting a war criminal, but the real crimes in this case have been papered over by a secretary of the Navy eager to avoid embarrassment at the expense of a sailor who, on the whole, served honorably.