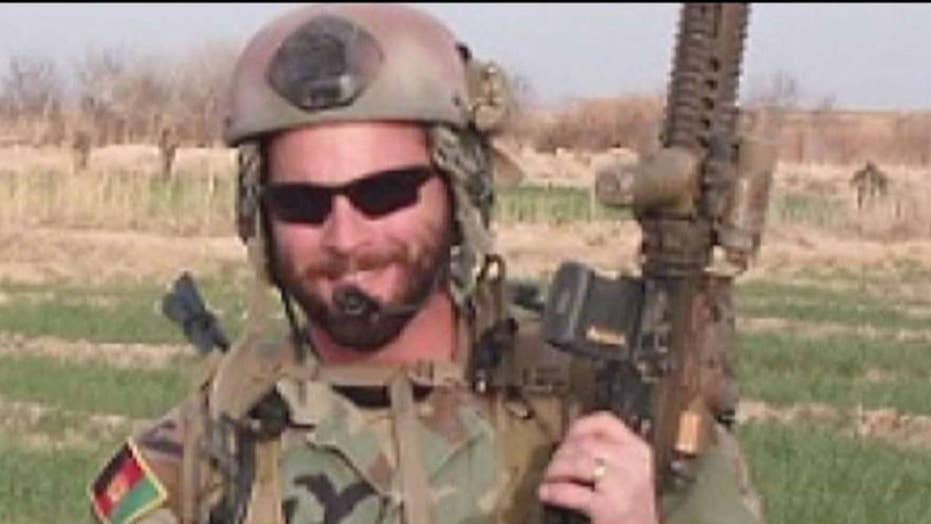 Trump to review case of Green Beret charged with murder

President Trump pledges to examine the case of Maj. Matthew Golsteyn over the death of a Taliban bombmaker in 2010; Jennifer Griffin reports from the Pentagon.

President Donald Trump is perfectly within his legal authority to assert that he will review the case of West Point graduate and Special Forces Major Mathew Golsteyn, who is charged with murdering a Taliban bomb maker in Afghanistan in 2010.

Moreover, the president’s tweet – “At the request of many, I will be reviewing the case of a ‘U.S. Military hero,’ Major Matt Golsteyn, who is charged with murder. He could face the death penalty from our own government after he admitted to killing a Terrorist bomb maker while overseas.” – ensures that as the Army prosecutes Golsteyn, it will provide him due process and the presumption of innocence.

As commander-in-chief, the president has the ultimate authority and responsibility to review military cases as he sees fit. His tweet does not exert command influence and is neutral in its tenor – rightfully so, as Golsteyn’s is an almost nine-year-old, complex case that puts a warrior in legal jeopardy.

Golsteyn received the Silver Star – the third highest combat award the military can issue – for his actions in Afghanistan while serving as a member of the famed 3rd Special Forces Group in 2010. In 2006 and 2007, this same unit served with me during my tour as the deputy commanding general of U.S. Forces in Afghanistan. They were a brave and noble fighting force doing our nation’s bidding.

At issue now are Golsteyn’s actions a few days after two of his Marines were killed by improvised explosive devices. Golsteyn and his men captured the Taliban bombmaker, who later wound up dead. During a CIA job interview in 2011, Golsteyn allegedly admitted to his killing.

If this killing took place while the detainee was in custody, Golsteyn’s actions would be a violation of the Geneva Conventions and the Manual for Military Courts Martial article 118, Murder. It’s not clear this is the case.

One account has him shooting the enemy combatant away from the forward operating base where he was being held as a detainee and then burning the corpse in the “burn pit” on the operating base to dispose of the body. Golsteyn’s lawyer calls that account “fantasy” and there are apparently no corroborating witnesses to this alleged crime and cover-up.

After the 2011 CIA interview, the Army criminal investigation division was alerted to Golsteyn’s comments and opened an investigation. No charges were filed but Golsteyn received administrative punishment, including being stripped of his Silver Star and Special Forces tab.

Then, after comments he made on Fox News Channel in 2016 reiterating that he had shot the bombmaker, the Army opened another investigation. Last week, it charged Golsteyn with murder.

The Army is now moving forward with an Article 32 investigation – the military equivalent of a grand jury – to determine if there is sufficient evidence to prosecute Golsteyn. The Army already decided that there wasn’t sufficient evidence in 2011, but sees fit to continue to tilt at the Golsteyn windmill.

Citizens and soldiers are innocent until proven guilty. It would be the height of irony to deny a combat veteran the constitutional rights that he so bravely fought for.

While the first investigation appears to have left questions unanswered, this new investigation could ultimately lead to prosecution and, worst case, the death penalty if Golsteyn is convicted of murder.

There has been much speculation in the press regarding his actions, but speculation is all it is. It’s clear, however, that Golsteyn became frustrated with the rules for processing detainees.

Troops on the ground had 72 hours from point of capture to formally enter a detainee into the system, then lost complete control of what happened next. There was constant Pentagon pressure to soften the rules in favor of the detainees, as the Obama administration sought to undo the wrongs of the Abu Ghraib and Guantanamo Bay scandals.

As Golsteyn goes before Army authorities once again, the military justice system should operate in broad daylight. That is the essence of President Trump’s tweet – to shine a light on the potential railroading of a man who sacrificed much on behalf of our nation. Citizens and soldiers are innocent until proven guilty. It would be the height of irony to deny a combat veteran the constitutional rights that he so bravely fought for.

The Army didn’t see fit to prosecute after the first investigation. Now, however, questions abound. Almost nine years later, are memories fresh enough to recall in any detail the specifics of the case? With no apparent evidence, can the Army convict a man based solely on circumstantial evidence, namely statements? Did the detainee attempt to escape? What, in fact, were the circumstances?

These are important questions and President Trump has rightly put the Department of Defense on notice that it better handle this with care.