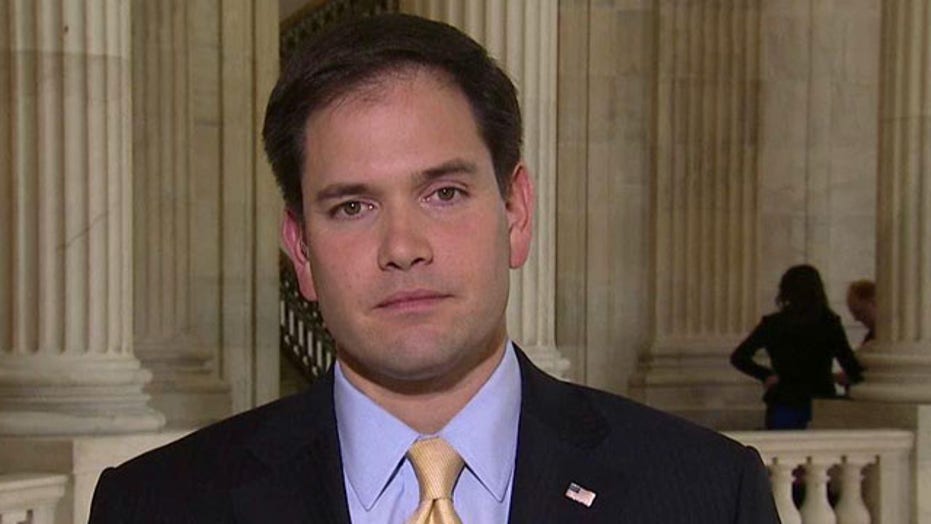 Where does immigration reform push stand?

Virtually every time one of the Senate Gang of Eight emerged from behind closed doors to update the American public on the progress of their negotiations on what is now an 844-page immigration bill, it included an impassioned denial that what was being cooked up was amnesty for illegal aliens.

Invariably, the "Gang" member (or members) would insist that illegal aliens gaining legalization under the bill would be punished for having transgressed our immigration laws, including a requirement that they pay back taxes.

As recently as two days before the introduction of the Border Security, Economic Opportunity, and Immigration Modernization Act, S. 744, two principal authors, Senators Charles Schumer (D-N.Y.) and John McCain (R-Ariz.), published an op-ed in the Wall Street Journal (on Tax Day, April 15, ironically) declaring that their bill “would establish a tough but fair system for millions of people living in the shadows to come forward and settle their debt to society.”

Among their requirements for settling that debt included “paying a fine and back taxes,” ignoring the fact that illegal aliens are already legally obligated to pay taxes, and therefore collection of those taxes could hardly be considered a penalty.

But a funny thing happened on the bill’s way to the Senate print shop. The term “back taxes” mysteriously disappeared from the text of the legislation.

Instead, before an illegal alien may apply for “registered provisional immigrant” (RPI) status – the first and most important step in the amnesty process – the alien would only be required to settle up with the IRS for all “Federal income taxes assessed.” (Sec. 2101)

While this sounds good at first blush, “taxes assessed” is not the same as “taxes owed.”  A tax assessment occurs when the IRS officially records that a person owes money because an individual files a tax return, or the IRS audits an individual – whether or not he has filed a return – and records how much the person owes.

The bill requires aliens to only pay taxes that the IRS has assessed at the time they apply for RPI status.

If the IRS had no knowledge that the individual had been working here, there would obviously be no tax liability assessed and the alien has nothing to satisfy for the purpose of getting RPI status..

The bill, S. 744 does not require that an alien present himself to the IRS for a tax assessment before or during the application process for RPI status. Nor does it require an alien to submit relevant information to DHS, or that DHS to share such information with the IRS. Therefore the IRS would have no basis on which to conduct an audit or make an assessment, even if it wanted to.

So, what accounts for the hasty retreat on the collections of back taxes?

As recently as January, McCain expressed confidence that collecting back taxes from illegal alien scofflaws would not present much of a challenge. “We can trace their employment back…It doesn’t take a genius,” he declared.

Explaining the omission of the back taxes requirement, Sen. Jeff Flake (R-Ariz.), another Gang of Eight member, confessed that it’s just too complicated to bother. “Getting back taxes is incredibly difficult, particularly when someone has paid into a fraudulent Social Security number,” Flake admitted.

Thus, in addition to amnesty that would allow millions of illegal aliens to gain legal U.S. residence ahead of millions of people around the world who continue to wait outside the country, S. 744 would give these illegal aliens a better deal than everyone who has worked legally in the U.S.

Millions of illegal aliens who have worked at jobs that might otherwise have gone to Americans will gain complete immunity from paying taxes on past earnings, and from penalties for having failed to report income.

Convincing the American public that illegal aliens are not being given a free ride is critical to the Gang of Eight’s sales strategy.

Few things about illegal immigration irritate Americans more than the reality that millions of illegal aliens evade paying income taxes by working off-the-books, while actual taxpayers wind up footing enormous bills for their health care, the education of their children, and other social services.

It turns out the Gang of Eight has been less than forthright about making illegal aliens pay back taxes. Along with being a massive and unwarranted amnesty for people who violated our immigration laws, the Border Security, Economic Opportunity, and Immigration Modernization Act adds injury to insult by granting those same illegal aliens amnesty for tax evasion.