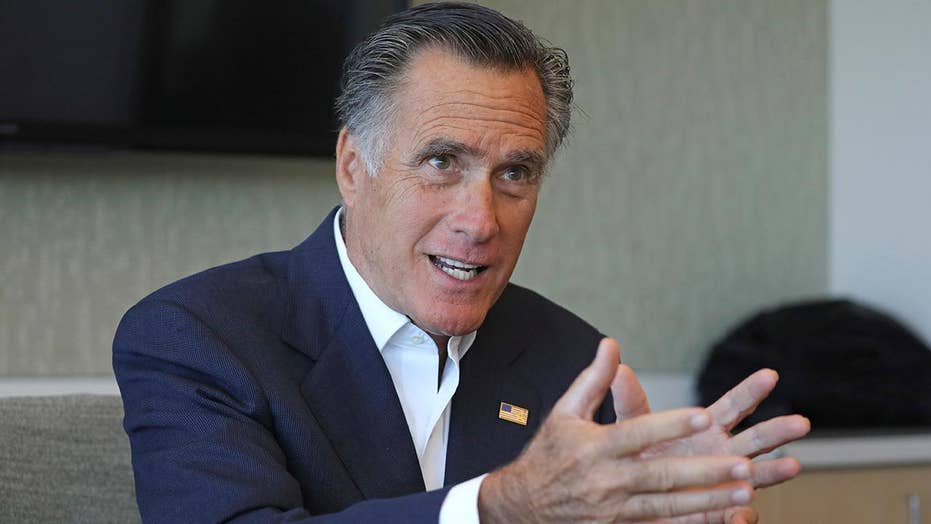 Reaction and analysis from Fox News contributor and former Speaker of the House Newt Gingrich.

When he was running for president, now-Sen. Mitt Romney, R-Utah, billed himself as a CEO who could save America. Now we find out he has been using a secret Twitter account under the name “Pierre Delecto” to defend himself and criticize President Trump. This isn’t how a bold, mature CEO with a vision to save America behaves.

If Romney believes this age needs a Cato figure – the Roman statesman who wouldn’t submit to Julius Caesar – he has once again shown he doesn’t have the guts for the role.

This is unfortunate, as this is an age in which we need men and women of character to stand up and clearly articulate what they find to be true — not to childishly hide behind pseudonyms on social media or to secretly leak documents or pretend to be whistleblowers.

This is what I advise in my new book “The Ultimate Man’s Survival Guide to the Workplace.” Mature, straightforward reasoning is the best antidote to mainstream media spin and political correctness.

Being maturely honest is also, despite popular notions to the contrary, the best way to succeed in business and in life. People naturally respect a strong, compassionate, open-minded and prudent person.

What’s even more interesting about Romney, however, is that an honest analysis shows he is likely still full of loathing for Trump because Trump is succeeding as America’s CEO — something Romney wanted to do, but ended up weak-kneed in the red zone.

After all, the facts show that as CEO of the USA President Trump has done pretty well for his shareholders. He has delivered record-low unemployment, energy independence, remarkable deregulation, significant tax cuts, moderate judges, a restored military, a robust defense of the Bill of Rights, and incredible improvements to trade deals on the way (if congressional Democrats will only do what’s best for America).

Nevertheless, Trump is hated by the Democratic majority in the House of Representatives, nearly half of the members of the Senate and by many prominent former government employees (including some from the intelligence community who are now TV pundits).

Moreover, de facto bipartisan opposition has prevented other reforms Trump promised and that shareholders (us) demanded — most especially, the repeal of ObamaCare, enforcement of our border laws, the enactment of the renegotiated trade deals, budget cuts and an infrastructure deal.

Still, Trump has not only accomplished far more than his critics, he has exhibited far more openness than his political and media opponents, whose record of dishonesty, propaganda and outright lying has been appalling.

Yes, openness. Trump is actually a president who tells people what he really thinks.

Despite his record of achievement, Trump is facing possible impeachment as CEO of America. Democrats and many in the media want him out because he is a threat to the Washington establishment and to the cushy deals that some of those who now work for the government enjoy.

Many on the left and in the Republican establishment will attack anyone for saying this about the Trump administration — even though they can’t refute the facts and figures of this economy.

Meanwhile, a few Republican insiders have quietly told me I was “brave” to include a lengthy interview with Donald Trump Jr. in my book. I find this worrying, because if we’re in a moment when it is bold, even brave, to publish an interview from the president’s eldest son, then a lot is rotten now in today’s culture.

Taking the rottenness out of today's media and politics requires bold and honest stands from anyone who loves this great nation. This includes the men and women who identify with the right or the left in American politics; it includes those who hate Trump and those who adore Trump; and yes, it includes those who mostly like what he is doing, but maybe not so much what he says.

In other words, as John Stuart Mill once wrote, it takes using our First Amendment to openly, honestly and peacefully determine what is best for all of us.