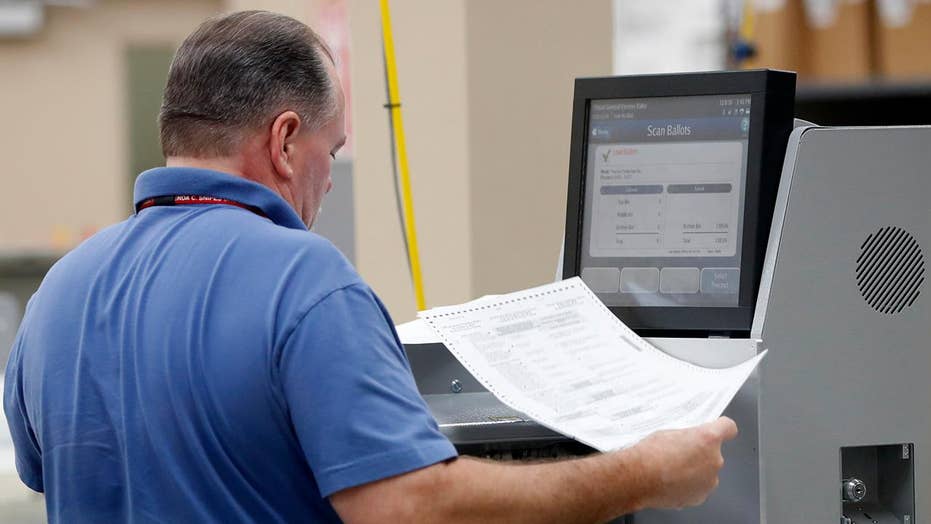 The Miami Herald reported Friday that three races in Tuesday’s midterm elections for statewide office in Florida were close enough to require recounts – setting the stage for a repeat of the Battle of the Lawyers waged in the state in 2000 that resulted in the election of George W. Bush as president.

The fight over the Nov. 7, 2000 presidential election in Florida went all the way to the U.S. Supreme Court. It ended when the high court ruled the next month that Bush defeated then-Vice President Al Gore in the state by just 537 votes out of nearly 6 million cast. That was enough to award Bush all of Florida’s electoral votes, sending him to the White House.

Democrats hotly dispute the decision, and many believe to this day that Gore was the rightful winner.

Now, here we go again into the world of recounts, lawsuits, heated arguments by lawyers, and charges and countercharges.

As of Friday morning, Florida Republican Gov. Rick Scott held onto a lead of just over 15,000 votes in his bid to defeat Democratic Sen. Bill Nelson and replace Nelson in the Senate.

And the race for Florida agriculture commissioner was tightest of all, with Democrat Niki Fried leading Republican Matt Caldwell by just under 3,000 votes.

“I will not stand idly by while unethical liberals try to steal an election," Scott said, criticizing what he claimed was “rampant fraud" in the race.

There are 67 counties in Florida, but disputes over vote total always come down Broward and Palm Beach counties, where mischief, incompetence and fraud take place.

In 2000, when I traveled to Florida and worked there for 37 days as a political operative for the Bush campaign, I witnessed firsthand the attempt to steal an election by Democrats who wanted Gore to defeat Bush.

Back then, Democratic election officials were seeing how many votes were needed to win – as opposed to how many votes needed to be counted. They disregarded rules, regulations and protocols. They substituted their own totally subjective standards in an effort to give Gore enough votes to make him president – and almost succeeded.

Eighteen years ago, Democratic election officials in Broward and Palm Beach counties managed to miraculously “find” uncounted ballots in trunks of cars and in hallways of buildings that added to Gore’s vote totals.

This year, just because the law allows for recounts doesn’t mean recounts will change any results – they probably won’t.

Democrat Gillum knew this when he conceded to DeSantis after the polls closed. He changed his tune – just as Gore did after conceding to Bush in 2000 – only after Democratic Party leaders urged him to keep up the fight.

Nelson, on the other hand, is a seasoned and entrenched politician who is determined not to concede and will use every trick in the book to win.

When the lawyers and political operatives descended on Florida in 2000 the Republicans sought to enforce the law, while the Democrats were focused on obfuscating it. We are seeing the same thing play out today.

How is it possible that in light of the 2000 recount in Florida that exposed irregularities, incompetence and alleged fraud that the state has not improved its election system?

How is it possible that Broward and Palm Beach counties today cannot tell us how many ballots have not been counted, and that new ballots keep appearing to add to Democratic vote totals? Why have they not been able to follow the mandated protocols and procedures?

We don’t know what tricks the Democrats yet have up their sleeves to snatch victory from the jaws of defeat for their three statewide candidates in the new Florida recounts. But we shouldn’t discount their creativity and determination to do whatever it takes to win.

And who knows, some Democrat searching for ballots for the current recounts in Broward and Palm Beach counties may hit the jackpot and “find” a dust-covered box in a broom closet with lost ballots from the 2000 presidential election.

Let’s get ready for a new Democratic lawsuit to put President Al Gore in the Oval Office.