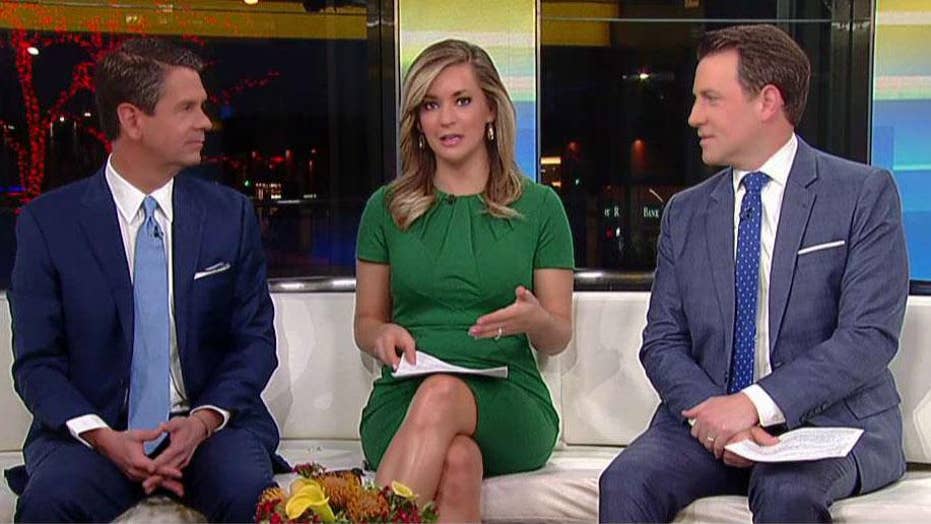 Feinstein gets in a heated exchange with a group of students trying to get her to vote for the Green New Deal.

California Democrat Sen. Dianne Feinstein tells the students that there is no way to pay for the Green New Deal.

When you find yourself further to the left than uber-liberal Sen. Dianne Feinstein, D-Calif., you know you’ve left common sense and reality far behind and gone way, way off the deep end and entered Fantasy Land.

That happened Friday when a group of middle school and high school students confronted Feinstein in her San Francisco office and demanded she support the Green New Deal – a nonbinding resolution before Congress that’s a  collection of impossible dreams that are impossible to achieve and impossible to pay for.

The visit by the children was organized by a radical environmental group called the Sunrise Movement.

The Green New Deal is a nonbinding resolution introduced in Congress by democratic socialist Rep. Alexandria Ocasio-Cortez, D-N.Y., and Sen. Ed Markey, D-Mass. It’s supposed to be a successor to the New Deal created by President Franklin Delano Roosevelt in 1933 to lift America out of the Great Depression.

The Green New Deal would require cattle to be eliminated because the gas they emit speeds up climate change. High speed trains would replace air travel. Everyone would be given a guaranteed income, even if they were able-bodied but too lazy to work.

And the trillions and trillions of dollars needed to pay for all this would come from sky-high taxes and by printing a virtually endless supply of money.

All that’s missing from the resolution is a requirement to change the name of our country to the People’s Republic of La-la Land and to add a bust of Karl Marx onto Mount Rushmore.

When the children called on Feinstein to support the Green New Deal, she responded: “There’s no way to pay for it.”

“We have our own Green New Deal” Feinstein said, referring to her own much more modest draft resolution that she later said “provides specific responses to the climate change crisis.”

One child in the group then told Feinstein the Green New Deal must be passed because “some scientists have said that we have 12 years to turn this around” and avert a climate change catastrophe.

After Feinstein explained that “it’s not going to get turned around in 10 years” – a core element of the Green New Deal – a woman accompanying the children scolded the senator, telling Feinstein that “you’re looking at the faces of the people who are going to be living with these consequences.”

“You know what’s interesting about this group?” Feinstein said. “I’ve been doing this for 30 years. I know what I’m doing.”

The Sunrise Movement, which helped Ocasio-Cortez develop her Green New Deal resolution, has its roots in other far-left eco-socialist groups, as well as a long history of trying to bully lawmakers into supporting its radical climate change agenda.

Last November the Sunrise Movement organized a sit-in at the office of now-House Speaker Nancy Pelosi, D-Calif., to try to force her to support an earlier version of the Green New Deal.

So it isn’t surprising to see these radical environmentalists – who regularly exploit impressionable children to support their policy agenda – try to pull a similar stunt with Feinstein.

But even the far-left Feinstein acknowledges the Green New Deal’s 10-year timetable and dramatic goals are wildly unrealistic.

The Green New Deal would destroy – at minimum – 3.4 million jobs in the oil, gas, and coal industries. It would also drastically increase energy costs, likely obliterating millions of additional jobs in manufacturing and other industries. And it would create a slew of new socialist welfare programs.

Among the new government programs would be a free-tuition college plan, a federal jobs guarantee, single-payer health care, and guarantees for “universal access” to health foods and “economic security.”

Ocasio-Cortez and Markey’s socialist scheme would cost tens of trillions of dollars in just the first decade. The Mercatus Center estimates the single-payer health care provision alone would cost $32 trillion in the first 10 years.

Ocasio-Cortez has floated the idea of increasing the top tax rate for those earning $10 million or more to 70 percent as one way to fund the plan, but an analysis by the Tax Foundation found that this huge tax increase would, at best, raise less than $300 billion over a decade – nowhere near enough for the multitrillion-dollar Green New Deal.

The United States cannot afford to finance this insane proposal. The national government is already $22 trillion in debt, and it adds hundreds of billions of dollars in additional debt every year.

But even if Americans could afford it, pulling millions of gasoline-powered vehicles off U.S. roadways, building thousands of new solar panels and wind farms, “upgrading” every home and business building in the country, and constructing nationwide high-speed rail lines cannot be achieved in 10 years.

No one knows this better than Feinstein. California was recently forced to abandon its plan for a high-speed rail line that would have connected Los Angeles to San Francisco. Instead, the line might never reach either city, after 11 years of construction and nearly $100 billion in costs.

If Democrats can’t manage to build a single high-speed rail line between two of America’s largest and wealthiest cities in 11 years, why would anyone believe it’s possible to accomplish even a miniscule amount of what’s being proposed in the Green New Deal in just a single decade?

The Green New Deal is nothing more than a fantasy concocted by the growing socialist wing of the Democratic Party. We have a better chance of stumbling on a unicorn or finding that elusive pot of gold at the end of a rainbow than we do of achieving the Green New Deal’s proposed mandates.

Even the normally unrealistic, extremely liberal Dianne Feinstein gets it. Why doesn’t the rest of the Democratic Party?