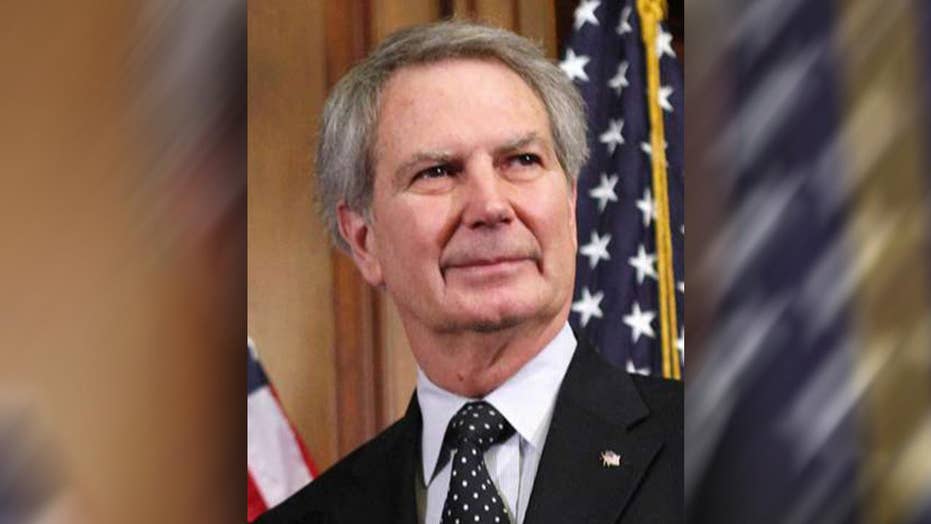 He is survived by his wife and daughter.

“I'm glad to sit on the back row, for I would rather be a servant in the House of the Lord than to sit in the seats of the mighty.” Those were the last words of Harry Truman’s Vice President, Alben Barkley. However, they could just as easily apply to the life of public service and doing what is right, of late U.S. Congressman Walter Jones.

Jones, who passed away Sunday, was elected to Congress in 1994 as part of the Gingrich Revolution which enabled the GOP to take control of the House of Representatives for the first time in 40 years. Jones, though, transcended politics and political parties and worked with friends on both sides of the aisle.  In fact, as he faced his final illness, Jones asked his friend, Democratic U.S. Congressman and former Chair of the Congressional Black Caucus, G.K. Butterfield, to administer the oath of office to him at his home. Butterfield called it “one of the greatest honors of my life.”

I first met and got to know Walter Jones shortly after he came to Congress through a mutual friend and veteran Reagan political operative, Marc Rotterman.  Rotterman helped engineer Walter Jones’ victory in ’94 which made Jones the first Republican to represent a major portion of Eastern North Carolina in Congress since Reconstruction.

Over the years, Jones impressed me as a man of faith and principle who genuinely came to Washington, D.C. for all the right reasons. He didn’t need the “daily talking points” from any of the political or party committees. Walter Jones knew who he was and what he believed. He was a man with a big heart who always fought for the “little guy” and epitomized what public service should be about.

We live in a day when too many politicians have wishbones where their backbones ought to be. Not Walter Jones. He had a spine. And he would stand up to the leaders of his own party whenever he believed they were wrong.

Jones was that rare breed of politician who, if he believed he had made a mistake, would admit it and own up to it. He personally regretted having voted for the Iraq War.  Over the years he wrote over 11,000 letters to the families of America’s fallen heroes.

We live in a day when too many politicians have wishbones where their backbones ought to be. Not Walter Jones. He had a spine. And he would stand up to the leaders of his own party whenever he believed they were wrong.

On Capitol Hill, no one fought harder for our military and veterans than Walter Jones. A constitutional conservative and deficit hawk, he voted against any spending bill that increased America’s national debt. He fought for the unborn and he fought for religious freedom for military chaplains. When he heard of a U.S. military chaplain being punished for praying “in Jesus’ name” and for obtaining kosher meals for a hungry Jewish sailor, Jones took on “politically correct” bureaucrats at the Pentagon and won.

Walter Jones also understood the very real threat that China poses to America both militarily and economically.  And he called China what it is -- communist China.  For years he fought the efforts of communist China to buy into “strategic” American businesses and markets.  And he was a co-sponsor of the Defending U.S. Government Communications Act, which would prohibit the U.S. Government from purchasing or leasing telecommunications equipment or services from Chinese companies Huawei, ZTE, or any of their subsidiaries.

I last saw Walter Jones in the fall, back in North Carolina.  He was still undergoing a battery of medical tests, but he didn’t want to talk about that. Instead, he was concerned about a military widow and her children. Jones felt her late military pilot husband had been wronged by “the system” and was fighting to restore his name for his widow and children.

That was vintage Walter Jones. Always caring about real people and trying to help them.

Yes, Walter Jones reminded us all of the character, integrity, and love of country we should want in our elected officials. At a time when we are more polarized than ever, America needs more like Walter Jones in government today. He was the “gold standard” of what public service should be. My hope and prayer is that our nation will be blessed with more like him.