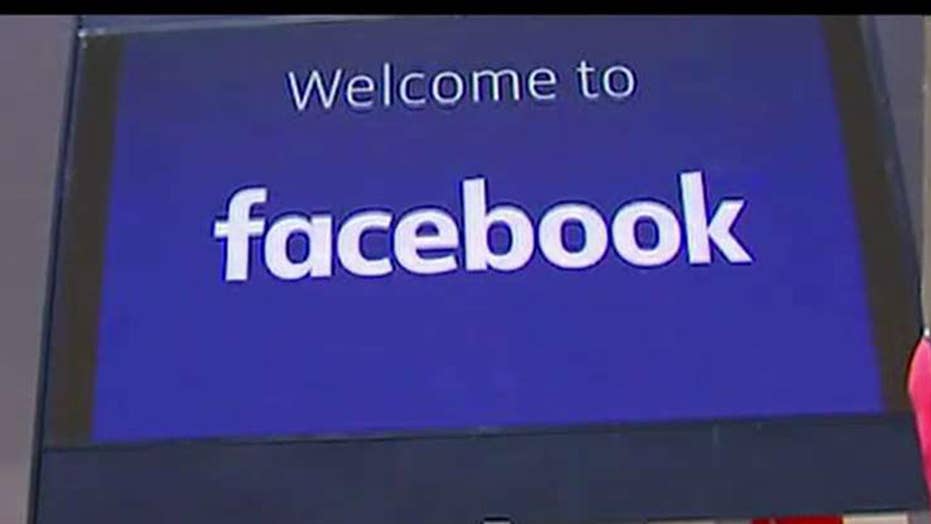 It’s a new year, but Americans are fighting a battle as old as the nation itself. It’s the battle to preserve our free speech and for the first time we’re losing — badly.

2.5 billion people use at least one of Facebook’s apps, making it probably the most important social media platform. Unfortunately, its employees, from the CEO on down, don’t really believe in free speech. They believe in and actively practice censorship on a scale almost unimaginable a few years ago.

Facebook’s embattled founder and CEO Mark Zuckerberg and its Chief Operating Officer Sheryl Sandberg seem determined to make the situation worse. After declaring to Congress their commitment to neutrality, they made end-of-year pronouncements that both promised more censorship, and appeased the far left by vowing to involve them with “new products, features and policies.”

Facebook is now openly antagonistic toward the right. Posts aren’t just blocked by humans who decide what they do or don’t like; they are blocked by computer programs designed by humans to ensure liberal sensibilities are not offended. The New York Times says the company is monitoring “billions of posts per day in over 100 languages.” That makes what Facebook is doing almost impossible to track, until it’s too late.

The Times described a global network with more than 15,000 employees assessing content based on rulebooks more than 1,400 pages long. The rules secretly designate groups as hate organizations and are so specific they even ban certain emoji use. Hate speech mandates alone run “200 jargon-filled, head-spinning pages,” wrote The Times.

Facebook is now openly antagonistic toward the right. Posts aren’t just blocked by humans who decide what they do or don’t like; they are blocked by computer programs designed by humans to ensure liberal sensibilities are not offended.

The result is chaos. There’s no consistency in what Facebook bans or doesn’t ban — except that conservatives suffer. Pro-life, pro-gun and pro-Trump content all run afoul of Facebook’s eager hate speech censors. Just days before the annual March for Life, Facebook blocked advertising for the new pro-life movie "Roe v. Wade."

Around the Fourth of July, Facebook censored a post for “hate speech.” It was the text of the Declaration of Independence.

Conservatives like Samaritan’s Purse head Franklin Graham have been targeted, as well. Graham was suspended recently for a comment he made two years ago. Facebook later apologized.

This is commonplace for conservatives. The company bans, blocks or suspends and then later apologizes … sometimes.

The radical left has no such worries. Smash Racism DC, the Antifa group that targeted Fox host Tucker Carlson’s home and threatened his wife, is still on the site. So is Splinternews, which posted the personal cell phone number of Trump senior adviser Stephen Miller. Even reprehensible anti-Semite Louis Farrakhan has a Facebook page with more than 1.1 million followers.

Facebook is escalating the problem. In November, Zuckerberg announced a new “Blueprint for Content Governance.” He wrote like he believes in free speech, saying, “The world is better…when traditional gatekeepers like governments and media companies don't control what ideas can be expressed.”

Two paragraphs later he asked, “What should be the limits to what people can express?” Then he said the site was instituting more content controls that would limit what you see “even if it doesn't actually violate our standards.” That's called shadow banning content.

Sandberg followed with an endorsement of the liberal “civil rights audit” of Facebook that included an ACLU executive and 90 left-wing groups. She called it one of her “top priorities for 2019.” That audit revealed Facebook had worked so closely with the left that it allowed “several civil rights organizations engaged in the civil rights audit to visit [the company’s] election war room.”

The report Sandberg endorsed commits Facebook to work with these left-wing groups on “content moderation,” elections, and the Orwellian-sounding idea of creating a “civil rights accountability infrastructure.”

Facebook also engaged the law firm Covington & Burling under former Republican Sen. Jon Kyl of Arizona to audit how Facebook treats conservatives. In theory, that report will get equal attention. But in practice, it won’t. It will detail the complaints conservatives have, and Facebook will throw it away. How can it do otherwise? Sandberg has publicly committed to supporting radical left-wing groups — against conservatives.

The company has committed a great deal to the left, including “addressing censorship and harmful and potentially discriminating content on the platform.” That is a direct threat against the conservative movement.

The Media Research Center, along with more than 40 other organizations and tens of millions of supporters in our Free Speech Alliance, has called for just the opposite. We put out four demands that should be endorsed by anyone truly committed to having “a platform for all ideas,” as Zuckerberg stated: 1. more transparency 2. more clarity on hate speech rules 3. an equal seat at the table for conservatives 4. embracing the First Amendment as a model for allowable speech.

Those four demands are firmly in line with America’s foundational principles of free speech. Does Facebook believe in them? Conservatives are concluding that it doesn’t. According to a McLaughlin & Associates poll, one-third (32 percent) of self-described conservatives have left or are considering leaving Facebook.

I was in the room when Zuckerberg told a gathering of conservative leaders that if Facebook’s commitment to be the platform for all ideas was not maintained, its business plan would fail. He was right.