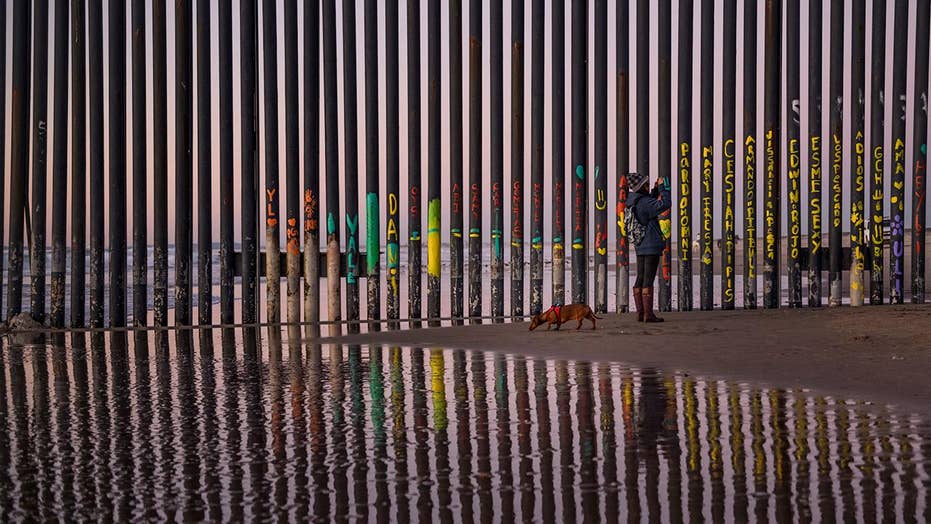 Why will Democrats not vote for a wall? Republicans are unable to pin down what they want out of a border security deal

Washington is literally at a standstill over the funding for a wall on the United States southern border. Putting aside the politics behind the gridlock for the moment, the substance of the debate hinges less on the need for border security and more on differing claims about the effectiveness of such a wall. President Trump has claimed a wall would be “99.9 percent” effective at stopping illegal immigration while leading Democrats argue a border wall is unnecessary and would be “ineffective.” And so it may be worth stepping back from the politics of the day to view walls in their historical context. After all, states have been building walls since ancient times. Some were arguably quite successful, others less so. At the core of prudent policy lies a basic question: What can walls realistically accomplish?

Historically, walls were used to keep invaders out. The early Chinese states built what has become known as the Great Wall to protect themselves against the nomadic groups of the Steppes. Roman Emperor Hadrian constructed a wall across the British isle separating the Roman domain from troublesome northern tribes. More recently, Israel has employed several walls—along the West Bank and Gaza, as well as along its northern and southern borders, to protect itself from terrorism, smuggling, illegal immigration and other threats.

Authoritarian regimes have used walls to keep their populations in. During the Cold War, the communist German Democratic Republic constructed the Berlin Wall to separate East Berlin from West Berlin at least as much to keep their own residents in as their Western foes out. The same may be true of the barriers along the Demilitarized Zone on the Korean Peninsula, which, in addition to its military function, serves to keep North Koreans from defecting.

CLICK HERE FOR MORE ON THIS TOPIC IN FOX NEWS OPINION

More recently, walls have been used to keep warring populations separated. Walls have long been a staple of counterinsurgency. During the Troubles in Northern Ireland, the British emplaced the so-called “peace walls” in Belfast to separate Republican Catholic neighborhoods from Loyalist Protestant ones in an effort to tamp down sectarian violence. Similarly, during the Iraq War, the United States military relied extensively on giant concrete barrier walls both to combat the improvised explosive device threat and later to help isolate sectarian hot spots, making concrete barriers one of the unsung heroes of the so-called Surge.

No matter their original purpose, some basic principles behind walls remain timeless. Walls do work, at least for a time. There is a reason, after all, why states across the centuries have turned to walls as solutions to strategic quagmires. As mentioned before, walls have proven notably effective in places like Iraq in tamping down violence. That said, walls also have a shelf-life. In military parlance, walls are delaying obstacles. They can slow down the attacker and in best-case scenarios deter them from attacking in the first place by making the effort not worth the reward. But no historical wall has proven impregnable. Determined adversaries have been able to breach them or tunnel under them in time. Despite Israel’s technological edge, Hamas has infiltrated under the walls around Gaza. North Korea was able to tunnel into the demilitarized zone toward South Korea, despite it being one of the most fortified areas of the world.

Partly because walls are only a delaying obstacle, building them is only half the issue. After their construction, they need to be constantly monitored—often the harder task, even with advanced technology. In this sense, the Israeli effort around Gaza is particularly instructive. The Israeli-Gaza border after all is comparatively tiny, about 60 kilometers or less than a fiftieth the length of United States-Mexican border, and the Israelis still need to devote ample technological resources and manpower to watching it. And even so, these walls have not been foolproof.

Walls sometimes can create new ethical dilemmas. Walls can become the focal point for conflict. A recent example of this occurred when Palestinians—some of them armed—protested near the Gaza wall for seven months beginning in March. While accounts vary, human rights groups place the number of casualties at over 5,800 injured and 180 killed. Even in less extreme cases, walls—especially in populated areas—may disrupt trade and the free flow of people, inflicting a cost on the local population.

If the United States does indeed build a wall along its southern border and then monitors it effectively, it may succeed in curbing illegal immigration, but it will not end it. Walls cannot prevent people from overstaying their visas or being smuggled in another way. And if history is any precedent, illegal immigrants may attempt to tunnel under the wall, go over it or breach it some other way.

Finally, walls are a tactic (if, at times, a critical one), but ultimately, not a strategy. Because they can provide immediate relief to the problems at hand, walls can buy decisionmakers the time and political space they need for other instruments of power to work, and for those tools to prove decisive. In this sense, walls can enable victory, but rarely are the reason for it. The Troubles in Ireland came to an end through negotiation and ultimately through a diplomatic accord. The Surge reduced violence in Iraq partially by co-opting Sunni insurgents. And some Israeli policymakers attribute the relative peace in the West Bank compared to Gaza—despite both having walls—at least in part to the West Bank’s continued economic growth.

If the United States does indeed build a wall along its southern border and then monitors it effectively, it may succeed in curbing illegal immigration, but it will not end it. Walls cannot prevent people from overstaying their visas or being smuggled in another way. And if history is any precedent, illegal immigrants may attempt to tunnel under the wall, go over it or breach it some other way.

As long as life in the United States offers potential migrants more opportunities and fewer perceived dangers than their home countries, illegal immigration will likely persist.

If a border wall provides the political space for addressing these more systemic problems, then it may still be a worthwhile investment. That said, the proposed wall on the U.S.-Mexico border—like all previous walls —should be viewed as a means to an end, rather than an end unto itself.