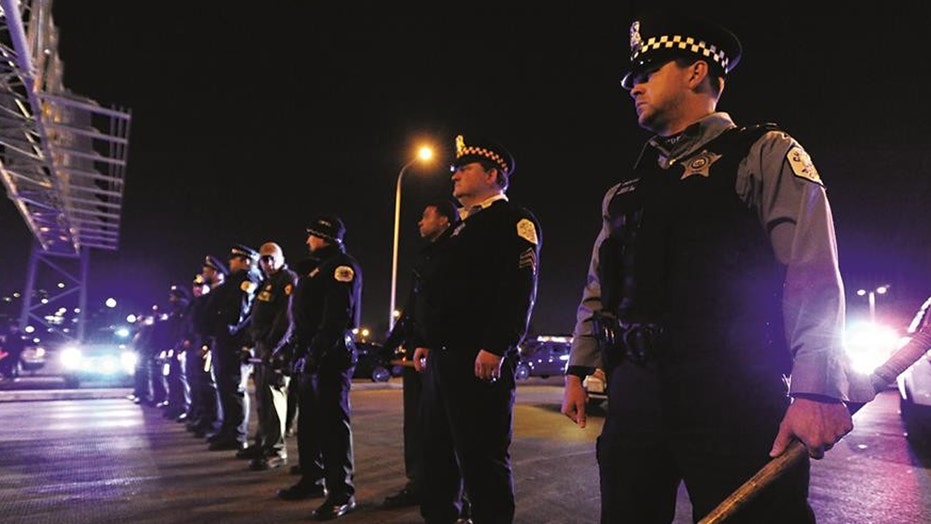 What is happening in my hometown? Last year Chicago had the ominous distinction of being the deadliest city in America.

Sadly, the "second city" is second to none -- when it comes to violent crime.

But what gives?  Why is violent crime skyrocketing there but not in other big cities? And what can Chicago do to stop the carnage?

Ganglang violence is rampant and showing no signs of slowing down. Law enforcement officials are up to their eyeballs in crime.

And the dirty little secret, nobody wants to address -- the culture of crime has become the norm in Chicago. Much like it was in L.A. in the 80s.

Those are the hard truths Chicago needs to admit to.

Bill O’Reilly says bring on the National Guard. And also deliver swift and harsh punishment to anyone in possession of illegal guns.

I agree but also think we need to go further.

The Second Amendment was created for the protection of the citizenship. Chicago's harsh gun laws are a big part of the problem. It's high time to allow Chicagoans to carry a weapon to protect themselves against the millions of illegally obtained  firearms that the bad guys are packing.

Also, I think a well-funded and massively increased -- in both size and power -- "gang task force" should be the first priority.

Remember what finally broke the crime wave in Los Angeles 30 years ago? It was the gang task force assisted by actual gang bangers in conjunction with cops hired from the very neighborhoods where violent crimes were being committed. – THAT’S what finally turned that city around. They know what sets off the violent episodes and only they  can cool the tensions before they turn violent.

And for God’s sake Mayor Rahm Emanuel. You are a failed mayor.  Your liberal, anti-cop doctrines are hanging law enforcement out to dry. Cops need to know their mayor is behind them 100 percent as they walk into the deadly neighborhoods of Chicago's south and west sides.

It's a multi-pronged strategy and boy --  it will cost a bundle. But there is no other way.

I hate that my friends are calling my hometown "Chi-RAQ." It's disgusting.

Chicago is such a beautiful city on the lake and right now it’s a city with such a disregard for a basic human right. The right to live.

So Wake up, Chicago!

Do your jobs. It's a matter of life and death.

Author’s note: Saturday, January 7, marks my four year anniversary at the helm of the Fox News show “Cashin’ In.” It's been a pleasure to bring you the show over the years.

In fact, I take this role very seriously. So much so that I have never missed hosting “Cashin’ In” in the last 4 years. That’s going on 200 consecutive shows. And the show's branded segment, known as “Wake up America” has become a social media phenomenon.

Our hard hitting commentary is clipped and shared far and wide on social media -- sometimes even racking up more than 5 million views.

Then there’s the “Wake Up, America” book that was spun from these commentaries. It spent 7 weeks on the New York Times bestseller list.

It’s all thanks to you, my awesome “view crew” and you, the reader. Thank you for being so engaged in making America great... Maybe we even had a little part in the process of electing the first "outsider" president.