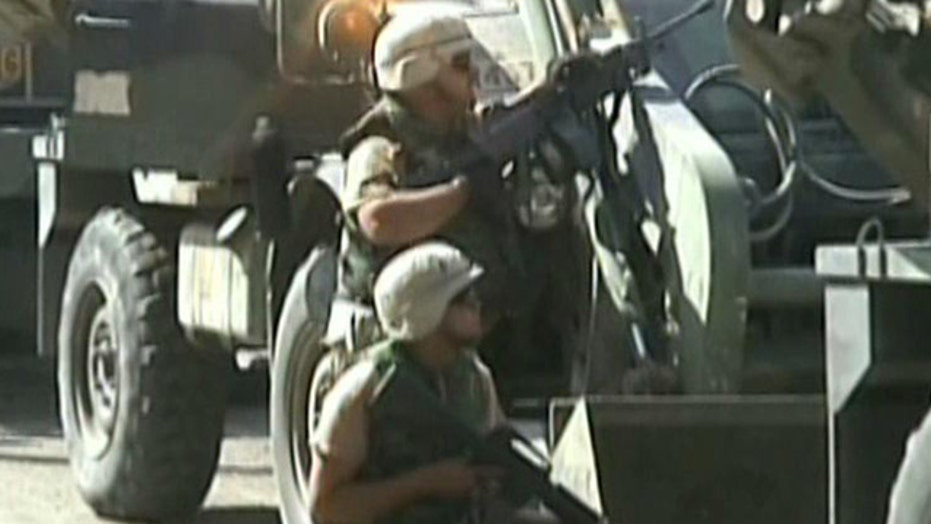 Covering Iraq: What it’s like to be embedded with US troops

I've never been dirtier or more sleep deprived than I was in Iraq in the spring of 2003.  Being embedded with the U.S. Marines was a mental and physical marathon, by far the most dangerous, difficult, exhausting and challenging assignment of my reporting career.  It was also the most rewarding and I would do it again in a heartbeat.

I've always considered covering wars the most coveted assignment of a journalism career.  I'd done it before, in Israel, Afghanistan, Albania and Macedonia, but never with the access and intimacy we were provided by the Department of Defense in 2003.

Throughout the training and briefings in the weeks leading up to war, we were told we'd have no separation from troops on the battlefield, that we'd live and travel with the units we were covering and have an unfiltered view of military operations.  Most of us didn't believe or fully comprehend just how true this was and how ruggedly real the experience would be.

Cameraman Christian Galdabini, engineer Dusty Grubish and I spent nine weeks with Marines in the 3rd Light Armored Reconnaissance Battalion and 2/23 Infantry Reservists, joining Alpha Company of the 3rd LAR in a desert training camp in Northern Kuwait, eventually meeting up with the 2/23 on the outskirts of east Baghdad.

Most of our time was spent living out of the back of the LAR's workhorse, a light armored vehicle known as an LAV-25 because of the 25 millimeter chaingun in the tank-like turret on top.  Our gunner, Sgt. Bill Gwaltney, fired the gun before the war officially started, taking out an Iraqi guard post at the border.  He launched the explosive rounds again in southern Iraq when we drove into an ambush, prompting an hour long firefight, and again to take out enemy tanks and armored vehicles lining the roads and fields on our way north.  It was a jarring experience every time he pulled the trigger and we never got used to it.

The days often stretched into nights and days again without rest.  We would pull off the side of a road, company commanders would gather to discuss battle plans and just as we got comfortable, we'd have to mount up and continue the bumpy, dusty, uncertain ride into dangerous and unfamiliar territory.

Our view was often limited to popping our heads out of the back hatches of the LAV as we rolled thru the Iraqi desert, the swirl of dust and hot air in our face a fair tradeoff for the hard metal windowless bench seats inside.

When there was shooting, we'd take cover as best we could while still trying to observe and record the combat.

When there were briefings we were allowed to listen and document, with the promise not to reveal what we'd learned until missions were complete.

When there were breaks we'd set up our satellite dish or videophone and transmit live, reporting what we'd seen or experienced since our last time on-air.  We always tried to interview Marines about their jobs and routine, giving them a chance to say "Hi," to loved ones back home.  The only restrictions were ones that made perfect sense; don't report our exact location so the enemy wouldn't know where to attack us and don't report on future operations so the enemy wouldn't know what was coming.

What made the experience so meaningful personally and professionally was the lack of filters.  We had no minders.  There were no Public Affairs Officers along for the ride.  It was just us and the men doing the fighting.  We rode with them, slept in the dirt with them, drank coffee with them, ate MRE's with them and swapped stories with them during breaks in battle.  When they opened fire, we were right there to see what they were shooting at and when the smoke cleared, we were there to see the results and free to talk to the men about what it felt like to pull the trigger and in some cases, inflict casualties.  We learned first hand some men handle war better than others and even hardened Marines can have moments of doubt and remorse.

Anyone who argues the embed program was flawed because reporters were obligated to protect the service members protecting THEM is missing the point.  Full access is far better than no access.  Allowing journalists to travel to the front lines guarantees everyone a much fuller picture of what's actually happening.  We may not have answered questions about the justifications for war, but we were able to document how our troops fought and handled the challenges of war.  It was an honor and privilege to share battle space with the men and women of our armed forces.  They earned my utmost respect and I will continue to seize every opportunity to tell their stories.