President Trump told reporters Thursday night that pollsters very deliberately made false claims that former Vice President Joe Biden had a big lead in the presidential race in order to suppress Trump votes and help Biden be elected president. As a statistician and polling expert, I have to respectfully disagree with the president.

The president’s accusation doesn’t make sense. Pollsters poll on many more issues than political campaigns, and their businesses depend on their reputations for accurate polling. Think about it: why would any business hire a pollster if it thought the polling was inaccurate?

So if pollsters want to get clients and stay in business, it’s in their self-interest to make their polls as accurate as possible. This isn’t to say the pollsters don’t make mistakes — they do, and clearly did in this election. But that doesn’t mean they purposely falsified their polling results to help Biden, as President Trump has charged.

We don’t know yet who won the presidential race, but we know the race remains very close. This is quite a different story from the predictions by many pollsters that Biden would defeat Trump by a big margin.

How did so many pollsters get it so wrong? Not by design, as the president charges, but by focusing on the views of liberals in big cities rather than on ordinary Americans.

A month ago, I predicted that the candidate elected president would win by a razor-thin margin. Few pollsters agreed with me.

Why was I right? It’s not because I’m smarter, or have better statistical models, or that I worked harder. It’s for a much simpler reason. I stepped away from my computer coding and simply talked to people who don’t live in New York City, Washington or Los Angeles. 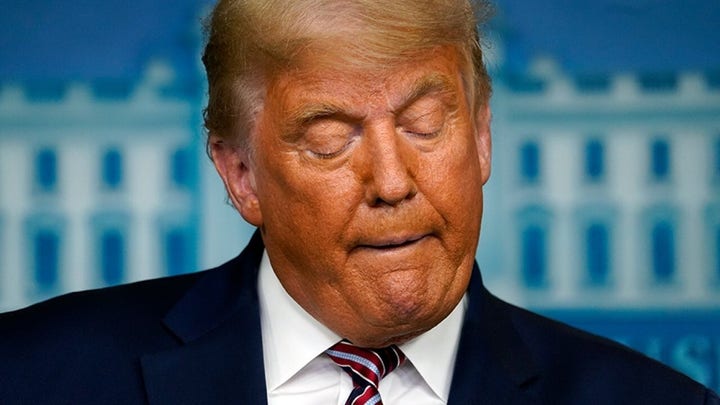 Pollsters and many in the media have lost the understanding they once had of the millions of Americans who live outside the three big heavily Democratic cities where the national media are concentrated. That’s why so many pollsters and pundits said they expected Hillary Clinton to defeat Trump in 2016, and expected Biden to defeat Trump by a big margin in the election this week, where votes are still being counted.

It’s easy to get caught up in the bubble of academic elitism and the Twittersphere in the liberal enclaves of New York, Washington and Los Angeles. And it’s easy to forget that these and other heavily Democratic metropolitan areas are like islands of liberalism in the more moderate and conservative sea that covers most of our country.

To understand America, you have to get off the liberal islands and talk to average Americans in the surrounding sea.

What finally convinced me that there was no way that Joe Biden was going to win by a landslide was a rather innocuous conversation I had with a man I’ve known for many years. He is a smart man of great convictions, a deep love for his family and country, and a belief in the American Dream.

Pollsters expect some people to falsely answer questions. But it seems the pollsters underestimated the number of such answers they got about this election. In the future, the pollsters need to take a step back and make sure that a major assumption of their models — that a large majority of people are comfortable telling them the truth — is right.

Many of us have heard stories about the “shy” Trump voters reluctant to reveal their support for the president, but I think “shy” is a misnomer. “Scared” is a better word to describe these secret Trump voters.

Unbelievably, people who have said they support the reelection of the president of the United States have been viciously attacked and called every negative name in the book on social media and elsewhere.

Acknowledged Trump voters have been demonized and labeled as monsters, racists, homophobes, haters of women, opponents of science, opponents of democracy, and on and on.

Trump voters know they are not “a basketful of Deplorables” as Hillary Clinton labeled them four years ago, no doubt to her later regret. They don’t want to be attacked simply for voting for the man they believe is the best candidate for president.

And the downsides of admitting to being a Trump supporter are not simply sneers on the street or arguments with friends. Saying you support President Trump has had serious real-life consequences for some people — resulting in lost business opportunities, lower incomes, threatening the loss of jobs, and more. This is serious, utterly personal and terrifying for our democracy.

Until pollsters and the mainstream media fully understand this, and are able to account for it, the polls will continue to be off the mark.

Pollsters have recently lost touch with an intimidated American public. They can regain that touch once they understand this fear. Then we will be able to trust them again.