Let’s be real. Goliath was never going to let David breeze through the rematch.

The provinces, for whom President Trump is an instrument, not an end in himself, were never going to have an easy time winning the 2020 election against the amassed might of the Democratic Party, the “Fake News” media and allied pollsters, Big Tech, woke billionaires and the celebrity class, who united to stamp out the barbarian orange emperor.

The “chumps” and “ugly folk,” as Joe Biden calls them, came out in their glorious millions from the American heartland on Election Day and now we will see if people power prevails, if the nationalist populist movement enabled by Donald Trump, but not defined by him, lives to fight another day against the corrupt globalists represented by the sad husk of Biden.

It boils down to Trump’s belief that the Democrats perpetrated widespread voter fraud in Pennsylvania, Michigan, Wisconsin and elsewhere to steal the election.

While even those in his own party are urging him to lose gracefully, the president has every right to ensure electoral laws are enforced to prevent fraud.

In fact, he owes it to the 68 million deplorables who voted for him.

To that end, Trump has turned to an old ally, former New York Mayor Rudy Giuliani, to lead a heroic legal challenge.

In Wisconsin, 300 ballots went missing when the Willow Township municipal clerk went home sick and no one could find her, the Washington Post reported. The ballots eventually turned up yesterday, with 157 votes for Trump and 114 for Biden.

In Arizona — which was called early for Biden on election night, but the Trump campaign still says they can win — a “data error” claimed that 95 percent of votes had been counted yesterday when only 86 percent had been, and the remainder reportedly were from Trump-heavy counties. 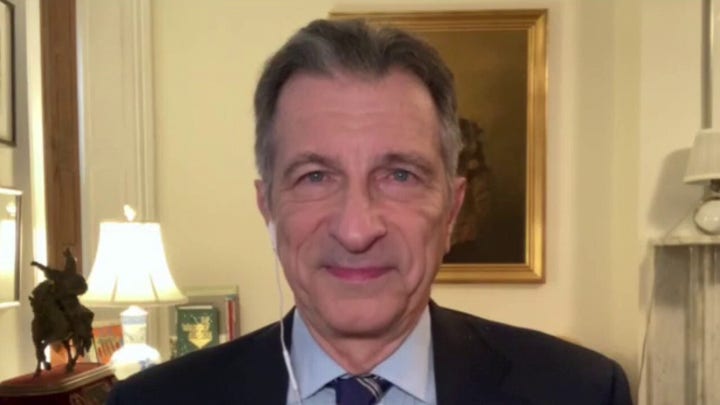 So you can see that, in such a close election, Trump’s concerns are not frivolous.

Fraud is corrosive, but so is claiming fraud where there is none. We will see where the lawsuits land.

In any case, Biden as much as declared victory yesterday, saying that by the time the count is finished, “I believe I will be the winner . . . we are winning in enough states to reach the 270 electoral votes needed to win the presidency.”

Trump’s campaign claimed Wednesday he still had a path to victory if he keeps Pennsylvania and somehow Arizona comes back to him.

But even if Trump does lose, it may be a blessing in disguise for Republicans. 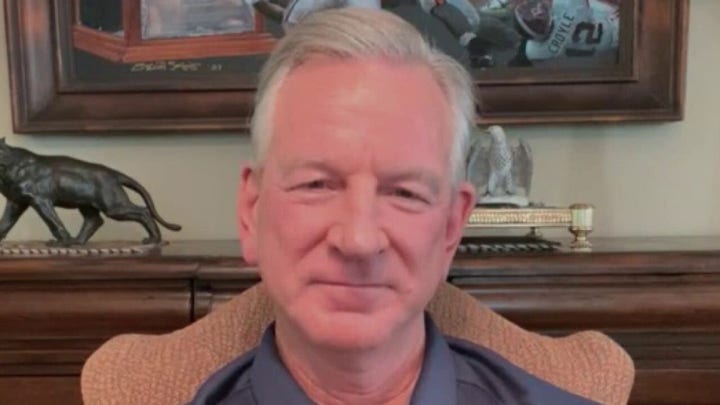 The result has crushed Democratic expectations of a clean sweep. It wasn’t a landslide win against an unpopular president, as we had been told so confidently for months.

If Biden wins, it will be by the narrowest margin.

And all the hundreds of millions spent on retaking the Senate came to nothing, with the Republicans looking to hold onto their lead. The top targets, Majority Leader Mitch McConnell and Sen. Lindsey ­Graham, survived easily.

The fatal miscalculations of House Speaker Nancy Pelosi in cynically refusing to negotiate on the latest stimulus bill have cost the Democrats dearly in the House, where they have gone backward by at least six seats. They did not manage to get rid of a single Republican. So much for the blue wave.

The failure means that in 2022, the House is more likely to revert to Republican control, setting up a lame-duck presidency.

The Democrats won’t be able to pack the Supreme Court, abolish the Electoral College or make DC and Puerto Rico states. They will struggle to impose the Green New Deal.

Unfortunately, nothing can be done to stop a President Biden-Harris repeat of the geopolitical errors of the Obama presidency, such as appeasing China and Iran’s mullahs and signing onto the Paris climate accord.

But a President Biden in cognitive decline will sooner or later be replaced by his unpopular, untested vice president, Kamala Harris.

Saddled with a recession and policies that will only exacerbate economic decline, the next four years will hobble Democrats.

Their flaws and hypocrisy will be on full display, with a good chance of the 2024 presidential race being won by one of the new generation of Republican heirs to Trumpism.

Whoever wins this election, the result is a humiliation for the Trump-deranged media and the tame pollsters who provide them with the justification for their dishonest political narrative.

Let history record that on the Sunday before the election, the New York Times declared that “all 15” of their columnists suffer from mandatory Trump Derangement Syndrome.

“All 15 of our columnists explain what the past four years have cost America” was the introduction to a carnival of wokesplaining.

That’s what you get when you fire opinion editors who publish conservatives.

Whoever wins, this election has exposed the frauds and liars who pose as our elites, and half of America won’t forget it.

In a press conference in Philadelphia Wednesday, Giuliani laid out one clear anomaly in which, contrary to Pennsylvania law, Republican election observers were denied the right to oversee the counting of 120,000 ballots by being forced to stand 20 to 30 feet away from where they were being counted.

Giuliani’s team has also launched a lawsuit in Wisconsin, where he says that, after election observers had gone home, “at 3 or 4 in the morning about 120,000 ballots appeared . . . and they all got counted.”

The Trump campaign also filed a lawsuit in Michigan Wednesday, with campaign manager Bill Stepien claiming Republican observers were denied “meaningful access to numerous counting locations to observe the opening of ballots and the counting process, as guaranteed by Michigan law.”

There are other allegations of fraud or irregularities, late-counted votes and suspected vote harvesting being reported around the country.

In one case, a woman claiming to be an election volunteer in Michigan’s Clark County claimed on video she had discovered a box of 500 ballots outside the counting facility from people who were not on the voter rolls.