The 2020 Democratic frontrunner is taking heat for his campaign slogan. Comedian Michael Loftus gives his take.

This year there will be an estimated 1,762,450 new cancer cases diagnosed and 606,880 cancer deaths in the United States. That number amounts to more American deaths than from all of World War I and World War II combined.

Nearly every person has either been diagnosed with cancer or knows someone who has.

Former Vice President Joe Biden, who is seeking the Democratic presidential nomination, is among those who have suffered from the devastating effects of a cancer diagnosis for a loved one. His son, Joseph (Beau) Biden III – an Iraq War veteran and a Bronze Star recipient – died of a brain tumor at the age of just 46. The younger Biden underwent treatments including surgery, chemotherapy and radiation to combat cancer.

Glioblastoma multiforme (GMB) – the brain cancer Beau Biden and Sen. John McCain, R-Ariz., died from – is the most aggressive brain cancer. There are currently no known preventive measures, nor is there a definitive treatment for the cancer once it is discovered.

Despite maximum treatment, GMB usually recurs. The most common length of survival following diagnosis is 12 to 15 months. Fewer than 3 to 5 percent of people survive longer than five years. Needless to say, we are far from curing this type of cancer.

In the 2016 State of the Union Address, President Barack Obama acknowledged that in addition to private and international funding, federal participation in the fight against cancer is crucial. He did this by calling on Vice President Biden to lead the new Cancer Moonshot initiative, dedicated to dramatically accelerate efforts to prevent, diagnose and treat cancer.

Biden, as a result of a family tragedy, has used his platform quite admirably to underscore the importance of cancer research toward the goal of developing new therapies that may have helped his son have a better quality of life and increased his chance of survival.

The Cancer Moonshot initiative was about fundamentally doing two things. First, to bring forth a sense of urgency by doubling the rate of progress in cancer research, accomplishing in five years what would normally take 10. And second, to come up with a new strategy for this fight.

The legislation dedicated $1.8 billion for cancer research over seven years. Although it is no longer a White House initiative, the Cancer Moonshot is still supported by federal funding for the National Cancer Institute. The nonprofit Biden Foundation also launched a separate private- sector cancer initiative in the quest to find a cure for cancer.

However, the phrase “curing cancer” is an antiquated misnomer that brings little to the progress in our cancer battle. Because of this misconception, Biden was criticized after his comments this week at a political rally pledging to cure the disease.

“I've worked so hard in my career to make sure that … that I promise you, if I'm elected president you're going to see the single most important thing that changes America, we're gonna cure cancer," Biden said.

Long have we touted the hope to one day “cure cancer.” However, we now know that the term “cancer” is not just one disease but hundreds of diseases.

Through extensive research and academic perseverance, we have recognized that our behavior and surrounding environment – in addition to many genetic factors – contribute to our likelihood of getting cancer. Cancer research has enabled us to identify oncogenes and tumor suppressor genes that are damaged by chemicals or radiation, possibly leading to cancer.

For example, the 1990s discovery of two genes that cause some breast cancers – BRCA1 and BRCA2 – was a major step forward. These genes can be used to identify people who have a higher risk of developing breast and other cancers.

Joe Biden himself questioned whether toxins found in smoke from burning waste at U.S. military installations in Iraq could have played a significant role in causing not only his son’s cancer, but causing cancer in other military service members and veterans.

In fact, Biden highlighted a concern about whether the health of some U.S. military personnel was compromised by environmental exposures at overseas bases in Iraq and Afghanistan.

But the dichotomy of the cancer “cure” initiative comes as the parallel push for single-payer health care emerges from the Democratic Party. The innovation that America witnesses in finding better treatments and cures for diseases is directly related to the pharmaceutical companies and private sector investors who play an active role in the world of medical research and development philanthropy.

Just last month, AstraZeneca pledged nearly $6 billion to collaborate with the Japanese company Daiichi Sankyo to bring forth a novel medication that is showing remarkable promise in treating the most aggressive form of breast cancer. Without this capitalistic collaboration, it is likely these “cures” would not be brought to market.

A single-payer federal health care system could put an insurance card in all our wallets, but certainly would not provide the progress the Cancer Moonshot was created to stimulate.

Under single-payer health care systems like those in the United Kingdom and Canada, people with cancer have lower survival rates. If the socialist health system is as incredible as many of the Democratic candidates claim, then why do a half-million medical tourists fly away from their home countries to receive their medical care in the United States?

Ironically, even the few socialized systems with higher life expectancy (largely because of healthier lifestyle choices) depend on American innovation to further their health care.

We aren’t searching for a “cure” for cancer. Joe Biden himself knows that. Cancer is much more all-encompassing and is a strong balance of prevention, early detection and targeted treatment.

Rather than political posturing on the campaign trail, it would behoove us all to hear how candidates will work to lower drug prices, increase privatization of the Department of Veterans Affairs Health System, and further innovative medical development and public access to health care.

If this sounds familiar it should. President Trump has made efforts to do these things, but just like Rome wasn’t built in four years, neither will health care reform. 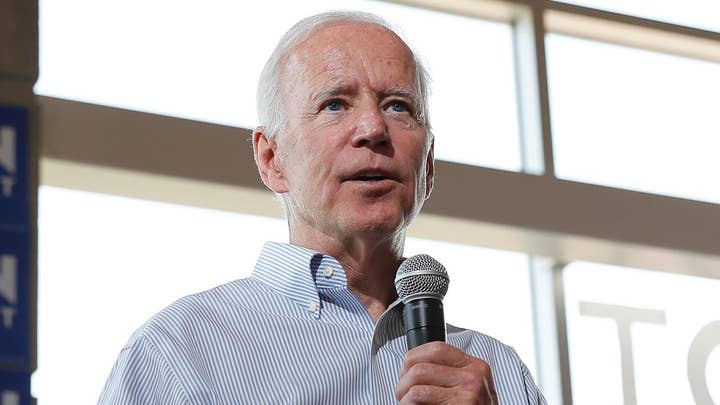