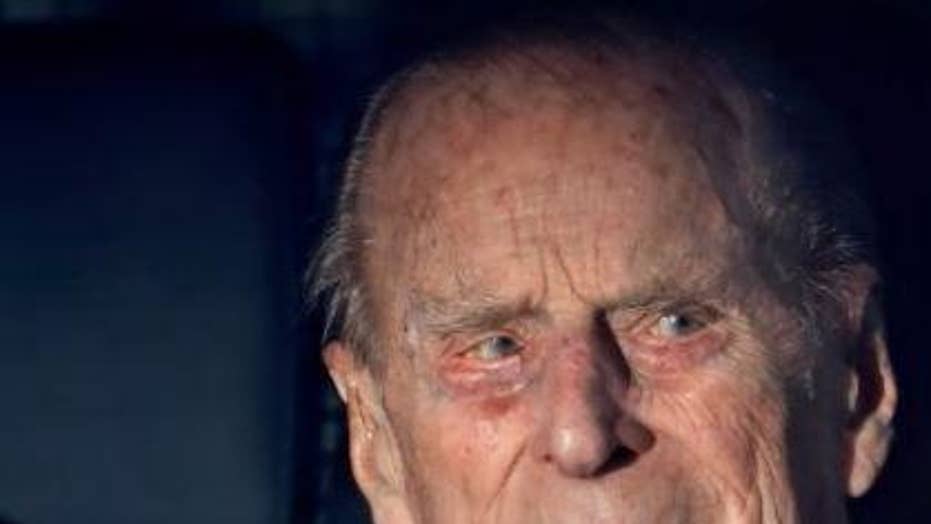 Buckingham Palace revealed that Prince Philip was unhurt after a car crash that involved another vehicle.

Prince Philip, the 97-year-old Duke of Edinburgh, relinquished his driver’s license this past week.

The move came after he was involved in a collision in January while driving his Land Rover. The driver of the other car sustained only cuts and the passenger broke her wrist. Luckily, a 9-month-old baby in the backseat was uninjured. The prince has since written a letter of apology, saying he was “deeply sorry.”

My father is 95. He continues to drive, despite his age and prior history of head trauma, valve replacement, and needing a pacemaker. However, he has always been a careful driver and I can never remember him being involved in an accident. He treasures driving as part of his remaining independence.

When I sent him news of Prince Philip’s decision, he wrote back to me, insulted;  “I'm not 97. Do not drive a Land Rover. Wear sunglasses when the sun is out. Do not have a castle staff to take care of my needs. Send your messages to Prince Phillip.”

Though I love my dad’s sense of humor, and the continuing freedom that driving affords him, at the same time I applaud Prince Philip’s decision. Someone could have been seriously hurt in that accident, including a young baby. My father has not reached that point yet… or has he? Our roads are public thoroughfares, and keeping them safe is part of essential public health. A 200 horsepower engine on a set of wheels is nothing to consider lightly.

In the U.S., we have strict criteria for a young person obtaining a driver’s license, but what about the elderly? When is enough enough? And should I, as a physician, have a role in deciding when my patients should stop driving due to illness or age?

More than five million Americans suffer from mild cognitive impairment. Do they possess the judgment to continue driving?

According to the CDC, in 2016, about 7,400 adults over the age of 65 were killed and more than 290,000 were treated in emergency departments for injuries sustained in motor vehicle accidents. This amounts to almost 800 older people being injured in cars in the U.S. every day, not to mention the younger people they injure in the process. https://www.cdc.gov/motorvehiclesafety/older_adult_drivers/index.html Meanwhile, there were close to 42 million licensed drivers over the age of 65 in 2016, which is a 56 percent increase from 1999.

Laws vary from state to state, and many states have no restrictions. https://www.claimsjournal.com/news/national/2012/09/19/213818.htm In Arizona, for those over the age of 65, renewals must occur every five years and be accompanied by a vision test. Over the age of 70, these evaluations must take place in person. California is even more stringent, and its law appeals to my sense of medical justice, where the highway must be as safe a place as possible.

In California, beginning at age 70, drivers must renew their driver’s license in person, taking a written test and eye exam. At any age in California, a road test may be mandated if a DMV official thinks it’s warranted. A doctor, a police officer, a relative, or even a neighbor can request a road test in California. Maybe the nosy neighbor is going a bit too far, but I’m on board with the rest.

California state law allows for “confidential reporting of a possibly unsafe driver,” and doctors like me are required to report medical conditions that I think could impair driving.

By contrast to California, Connecticut has a standard license renewal every six years and Delaware every eight years with no extra safety requirements whatsoever for older drivers.

The laws for older or sicker drivers vary from state to state, and no one stops you when you drive across the border from a state with no requirements to one like California that is heavily regulated.

In fact, it is because of interstate driving that I believe we need a federal law that creates a uniform system for evaluating older drivers for safety.

By the way, New York, where my father lives half the year and has his driver’s license, has no specific provisions for older drivers, though it retains the right to re-evaluate a driver at any age because of an incident or action.

Florida, where he lives the other half of the year (albeit driving with a New York license) - and where 400,00 people are over the age of 85 - mandates that people over the age of 80 must pass an eye exam with every renewal.

Florida also allows confidential reporting of a possibly unsafe driver by anyone – doctor, law enforcement, relative or bystander. Officials may ask those drivers to submit medical reports from their doctor or to undergo testing at a driver license office. So an out-of-state license doesn’t protect you from scrutiny.

Sounds good to me.