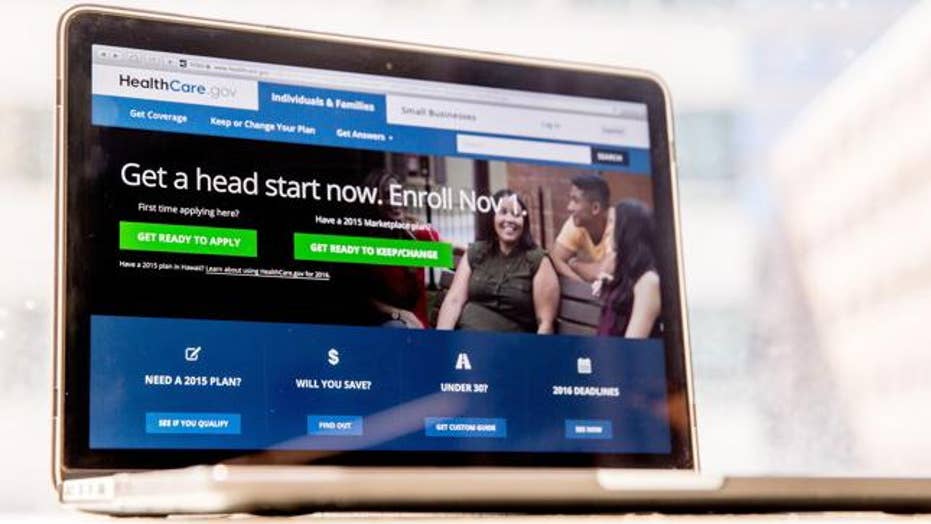 In most places across the U.S., Saturday was the last day of the year for signing up for ObamaCare, which provides health insurance to millions of Americans. And after a U.S. District Court judge in Texas ruled Friday that the law is unconstitutional and must be struck down, many Americans are wondering whether this will be the last year for signing up for ObamaCare for good.

The answer is not known. But despite the ruling by Judge Reed O’Connor, nothing is changing right away. The judge’s decision will be appealed and will most likely go to the Supreme Court for a final determination of ObamaCare’s fate.

Judge O’Connor ruled to strike down the entire ObamaCare law because he said the individual mandate is unconstitutional (with the tax penalty zeroed out as part of the new tax overhaul), and that the overall law is not severable from the individual mandate, meaning it cannot stand alone without it.

Legal analysts who contend the other parts of the law can stand on their own believe O’Connor’s ruling is likely to be overturned on appeal.

The federal Centers for Medicare and Medicaid Services sent an email to millions of Americans Saturday stating that the case O’Connor ruled on is “still moving through the courts.” The email added: “The marketplaces are still open for business, and we will continue with open enrollment. There will be no impact to enrollees’ current coverage or their coverage in a 2019 plan.”

While Saturday was the last day for signing up for ObamaCare through healthcare.gov for 2019, people can still enroll through state exchanges in Rhode Island until Dec. 23 and enrollment ends in January in California, Colorado, Massachusetts, Minnesota, New York and Washington, D.C.

Nearly 12 million people have signed up for ObamaCare – officially known as the Affordable Care Act – this year. Many have done so through the expansion of the Medicaid program in 36 states and Washington, D.C.

The Medicaid expansion is popular, and most studies have shown that it improves access and quality of health care.

Overall, ObamaCare is popular, primarily because of its mandatory coverage and federal subsidies for pre-existing health conditions. In fact, back in September, an important Kaiser Family Foundation poll found that over 70 percent of Americans favor the Affordable Care Act protections that keep insurance companies from denying people coverage or charging them more based on their medical histories.

This ended up being a big issue in the Nov. 6 midterm elections, and many analysts believe it played a role in helping Democrats win back majority control of the U.S. House of Representatives.

Whether or not it is ultimately deemed unconstitutional, the Affordable Care Act must evolve into something more effective and actually affordable or it will not survive.

But though covering pre-existing conditions is very popular it is also enormously expensive. And the individual mandate requiring people to have health insurance is not popular and has not been very effective.

About 6.5 million people paid a penalty for not buying health insurance in 2016, with total penalties amounting to about $3 billion. And many people waited until they got sick before signing up for health insurance under ObamaCare, putting a big burden on insurers. Many fled the state exchanges.

The individual mandate hasn’t worked for doctors or for our patients, either, because it creates enormous unfulfilled expectations for access to services that are either not always available or blocked by burgeoning deductibles.

The average deductible on the most popular type of ObamaCare plans is almost $4,000 this year. This has blocked access to many basic and essential services that I want to order for my patients but that they can’t necessarily afford.

As ObamaCare heads back in the direction of the U.S. Supreme Court – where the battle is sure to center on whether certain parts of the law can be preserved without the individual mandate – the question from my perspective is: What works best for America’s patients?

The answer is that forcing people to pay for a product that often fails to provide what it promises goes against the American spirit of free enterprise – so it’s a good thing that the individual mandate is now gone.

At the same time, Americans want to ensure basic coverage for all major health problems and pre-existing conditions, so no matter what emerges from the ObamaCare cauldron, it must include this subsidized kind of coverage.

Further, the Medicaid expansion is popular and effective at helping to close the coverage gap in rural and poor urban areas of our country, so it too must be maintained.

But all of the above is incredibly costly, especially with the growing costs of technology and personalized health solutions that a one-size-fits all insurance like ObamaCare was never intended to cover.

This is why I agree with the Trump administration’s decision to add more choice in terms of so-called “skinny plans” and association plans that provide less health insurance coverage at a much lower cost.

Expanding health savings accounts and other tax incentives is another idea whose time has finally come.

Forcing everyone to pay for top-heavy policies loaded with so-called “essential” benefits – but including high deductibles and narrow networks of health-care providers – doesn’t work. No one in the health-care sector is happy with the current ObamaCare plans – not doctors, patients, hospitals or insurers.

It could help to go in the opposite direction – the way the Trump administration is doing – by introducing more scaled-back health insurance policies that are geared to a healthy person’s basic health needs. I call them Chevy-style policies, as opposed to the Cadillac-style policies that cover more types of care that most people will not require.

In addition, we need more patients in the health insurance pool with fewer regulations about the type of insurance they must have. Policies that are more geared to a patient’s particular needs could increase the overall number of insured in the long run. I wouldn’t be opposed to a requirement that everyone has to have at least catastrophic coverage.

With genetic-based personalized health-care solutions on the horizon, coverage needs to be more flexible, not less. ObamaCare was already out of date by the time it was signed into law by President Obama in 2010. Whether or not it is ultimately deemed unconstitutional, the Affordable Care Act must evolve into something more effective and actually affordable or it will not survive.